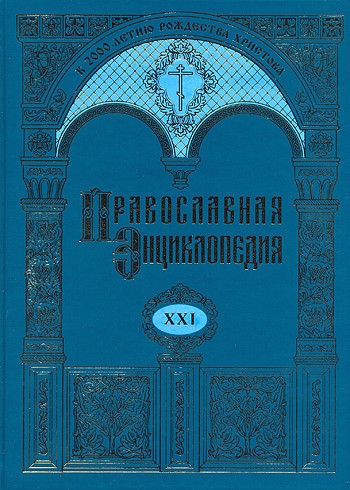 The collected abstracts of International Academic Conference “Chinggis Khaan and Globalization” devoted to the 850th anniversary of Chinggis Khan.

Syrians who spoke Aramaic idiom developped Greek scientific tradition and handed it over to the Arabs. The ways of that transmitssion are traced in the volume.

Особенности политико-правовых отношений Московского государства тюрко-татарских ханств в XVI–XVII вв. глазами иностранных современников
Почекаев Р. Ю. Средневековые тюрко-татарские государства. 2015. № 7. С. 152-162.
An article is an attempt to characterize the views of foreign (Western European) contemporaries on political and legal relations of the Moscow State and Turkic-Tatar khanates in the 16th–17th cc. During this time a lot of European diplomats, travelers, merchants and adventures visited Moscow and contiguous countries, also foreign scientists had great interest for this region although didn’t visit it, in fact. Europeans were interested in status of the Moscow state after the fall of the Golden Horde, reasons and process of joining the post-Horde states, claims of one or another Turkic-Tatar state for the Golden Horde legacy and, correspondingly, their reflection in its relations with Moscow. Foreigners, of course, were aware of complex nature of Moscow-Tatar relations which were not limited only by military conflicts: there were diplomacy, trade and, from time to tome, even alliances. Besides, foreign contemporaries kept in mind so-called «Tatar factor» of the Moscow internal affairs: policy toward joined Tatar «tsardoms», attraction of Tatars for the military service, attitude toward Tatar «princes» at the tsar’s court, contacts of the Russian and Tatar aristocracy. Information of foreigners on the Moscow-Tatar political and legal relations not always enough complete and trustworthy, but, anyway it’s of great value because allows to form an idea on European concept of situation on the post-Horde area.
От Ниневии до Сузианы: заметки о топографии Месопотамии в сирийских источниках
Муравьев А. В., Немировский А. А. Вестник древней истории. 2012. Т. 3. С. 67-77.

The article deals with the toponyms occurring in the Aramaic and Arabic texts of the Late Sassanian and Early Moslem period concerning the biography of the prominent Eastern Syrian mystical writer Isaac of Nineveh. Two particular cases are analysed. Firstly, it is reported by Ishodnah and other writers that Isaac left Qatar in the mid-7th century and became bishop «of Nineveh», whence his cognomen Ninwāyā. The history of Nineveh and its mythological reception are traced to the 7th c. BC. Due to the never forgotten glory of Assyrian past, any new centre which ever re-emerged at Kuyunjik or Nabi-Yunus hills (which had been parts of Assyrian Nineveh) and even the pre-Mosul settlement on the opposite bank of the Tigris (once called Nav-Ardashir) received the name of «Nineveh» and were thought to be the same Assyrian Nineveh. It was this western pre-Mosul settlement that is really implied by «Nineveh» of Isaac. The population lived on the western bank of the Tigris in Nav-Ardashir, while the historical city of Nineveh had been abandoned. Bishops of Nineveh resided in the monastery of Beth Abe (in the Forests). It can be concluded that the term Ninwaya in the episcopal title of the Church of the East was a mere convention. Secondly, the toponym Matut is brought under analysis. After leaving Beth Nuhadra Isaac moved northwards to Susiana (Beth Huzaye), where he spent some time in the monastery of Rabban Shapuhr before moving to the mountain cave where he spent the rest of his hermitic life. The name of the mountain in Aramaic sounds Matut and it is said that Matut encircled Susiane which makes «Matut Mt.» to be a rather vast segment of Zagros. It is impossible to explain the horonym quite reliably, but it can be hypothetically interpreted as a late form of Ancient Mesopotamian GN Mat-Utem (a part of Zagros region at upper Lesser Zab was called that as early as the 2nd mill. BC), used in extended sense.