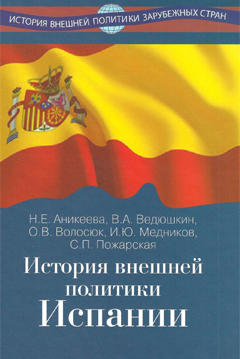 The US-Russia missile defense dialogue as a factor of the Russian defense policy
Suslov D. International Relations. IR. Издательский дом НИУ ВШЭ, 2012. No. 02.
To a big extent the Russian defense policy and, as a consequence, development of the Russian defense industrial complex, is determined by the prospects of the US missile defense policy and fate of the US-Russia negotiations in this area. As a cooperative solution seems improbable in the observable future, Russia plans to develop certain response measures of military nature, including creation of a new heavy  ICBM, and to create its own missile defense by 2015. However, this policy does not seem correct from the economic, political and security viewpoints. Russia overestimates the possible military challenges of the hypothetic US missile defense system and invests huge funds into fighting non-existent threats. A US-Russia cooperation in missile defense is possible, and it would fundamentally change their overall relations for the better.
Mijaíl Leonídovich Kamynin
Shcherbakova A. In bk.: Российские дипломаты в Испании. Diplomáticos rusos en Еspaña. 1667– 2017. M.: 2016. P. 579-586.

Child-rearing practices of Russian-speaking women from a migration perspective
Акифьева Р. Н. Humanities. HUM. Basic Research Programme, 2016. № WP BRP 140/HUM/2016.
This working paper is based on the results of a study of the child-rearing practices of Russian-speaking women in the context of a migration perspective focusing on their migration experience, language, and other features that are perceived as cultural and an integration context as determining many important aspects of child-rearing. The analysis shows that a mother’s choice of structured activities for the child can be caused by structural factors, such as the national peculiarities of the system of school and pre-school education, family policy, the specifics and set of programs offered at schools and available in the area. Regardless of the social segment, in which migrants are incorporated, children begin to prefer speaking Spanish than Russian if there is not any special effort from the adults. This leads to the fact that the study of the Russian language in some families affects all spheres of life, and many aspects of child-rearing. Many women develop and share ideas about the differences in the parenting approach and style of women from the post-Soviet space and from Spain. Women perceive the stylistic features of the behavior of Russian women as highly demanding and share the view of the low demands of Spanish parents, yet differ in how they perceive their level of responsiveness to them.
June 2012 Survey of Developments in U.S.-Russia Relations
Suslov D. Working Group on the Future of the US-Russia Relations. 2012.

1812: tra Cadice e Palermo - entre Cadiz y Palermo: Nazione,rivoluzione e constituzione. Rappresentanza politica, liberta garantite, autonomie
Edited by: A. Romano, F. V. Caffarelli. Messina: Biblioteca centrale della Regione siciliana "Alberto Bombace", 2012.
The book consists of chapters (articles) devoted the South-European constitutionalism of 1812, when two constitutions were adopted (in Spain and Sicily). Napoleon at that time not only won a few countries, but founded new states, gifted constitutions to some new and old states.   Adoptions of constitutions in Cadiz and in Palermo in 1812, were events of extraordinary importance. They demonstrated a protest against Napoleonic wars and defense the right of nations to decide their future and way of development.
Making Sense of History? Thinking about International Relations
Schang F. Globalistics and Globalization Studies (Aspects & Dimensions of Global Views). ISBN 978-5-7057-4028-4. Volgograd: ‘Uchitel’ Publishing House, 2014
Can international relations (IR) be a distinctive discipline? In the present paper I argue that such a discipline would be a social science that could be formalized within the perspective of comparative paradigms. The objections to scientific methods are thus overcome by the logic of international oppositions; in other words, a model takes several paradigms into account and considers three kinds of foreign relations (enemy, friend, and rival) in the light of three main questions: what is IR about (ontology); what does relate therein (epistemology); and how to assess such a relation (logic).