The article examines the key notions of G. Vico’s doctrine of nature, anthropology and historical process by means of the category of modality in its interpretation by Nancy S. Struever. Our study is focused on the semantic shifts of socialitas, a concept extremely important for Vichian anthropology and philosophy of history, which were performed since Vico’s earlier De Constantia jurisprudentis to the NS 44. These shifts are placed in the context of a more general process, that of transformation and complication of the modality of the Neapolitan’s texts, conceptualizing the notion of history. In our opinion, this approach could not only explain the contradictory character of the sociality in the last New Science, but could open a larger perspective in Vichian studies. It seems that the comparative analysis of conceptions put forward in Vico’s earlier writings, and modal characteristics of the texts where these conceptions are laid down would be promising a task for future researchers. Such investigations would substantially enhance the study of the Modern political discourses. 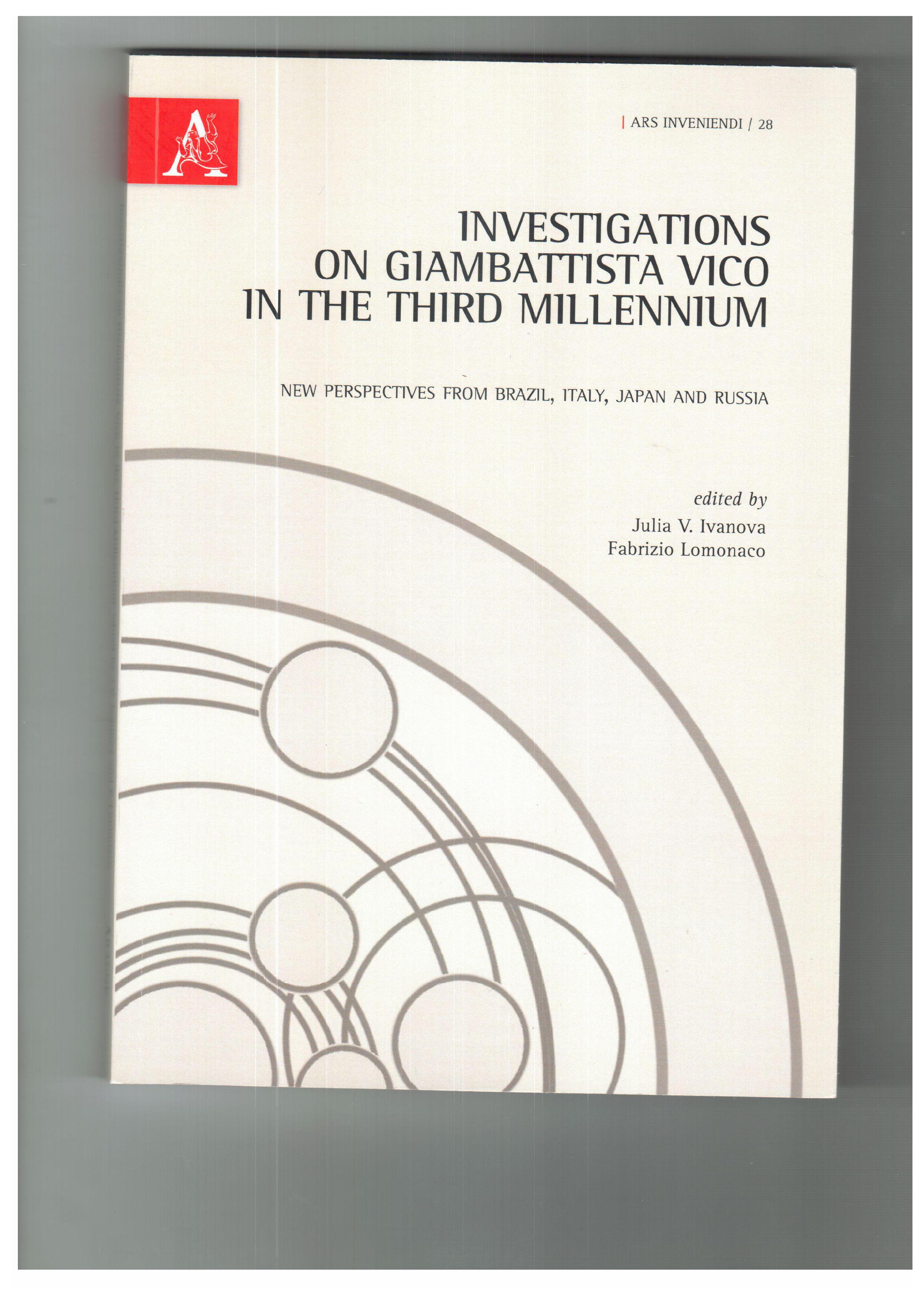 This book is dedicated to the last inaugural speech by Giambattista Vico - De mente heroica (1732). It is primarily focused on Vico's idea of medicina mentis, history of law, and civil education.

17th Century Political Cartesianism and Its Opponents, Or Imaging the State from point fixe
Sokolov P., Ivanova J. Humanities. HUM. Basic Research Programme, 2012. No. 08.
This article examines the relation of two models of civil science in the early modern political literature: the rhetorical science of contingency (rhetorica primaria), and mathesis politica, associated with Descartes by some early Enlightenment authors. The authors analyze the reception of the rhetorical aspect of Hobbes’s civil science with a special focus on Vico’s criticism of Hobbes’s constructivist state model, showing how Vico counters the Hobbesian ‘protosociological’ style of theorizing with his own historical way of reflecting on the social and ‘open’ structure of political action.
Homo Animal Ambitiosum: Early Modern Theories Of Sociability Between Commerce And Metaphysics
Ivanova J. Humanities. HUM. Basic Research Programme, 2014. No. WP BRP 51/HUM/2014.
The article deals with the epistemological background of the early modern theories of sociability: taking as a starting point the ‘prudential theorems’ from the sixth chapter of Hobbes’ Leviathan, the author examines in consecutive order the Cartesian foundations of sociability in Samuel Pufendorf’s theory of the natural right, the sensualist scienza del commercio of Celestino Galiani, and the refutation of both Cartesian ‘hypothetical metaphysics’ and ‘politics of merchants’ on the grounds of ‘practical Platonism’ by Paolo Mattia Doria.
Investigations on Giambattista Vico in the Third Millennium. New Perspectives from Brazil, Italy, Japan and Russia
Vishlenkova E. A., Iserov A. A., Penskaja E. et al. Iss. 28. Rome: Aracne editrice, 2014.

The monograph carried out by the joint efforts of the scholars from Italy, Russia, Brazil, and Japan sheds the light on the new methods and perspectives in the interdisciplinary investigations of the Giambattista Vico's intellectual legacy. Vico was one of the most prominent European thinkers of the 18th century, lately rediscovered and proclaimed the founding father or radical reformer of a number of scientific disciplines: sociology, philosophy of history, philosophical anthropology, philosophy of language, contemporary philology, philosophical aesthetics and history of culture.  The essays brought together in this book carry out different ways of approaching the Vichian legacy and demonstrate the heuristic value of the G. Vico's thought for the resolution of problems, topical in various contexts and areas of the 21th century humanities.

The article is devoted to the influence of Giambattista Vico on Edward Said. It claims, first, that Vico inspired Said to engage in the intellectual-political project of Postcolonial Studies, and second, that Saidian reading of Vico is the most sophisticated, detailed and fresh left interpretation of the great Neapolitan philosopher in the twentieth century.

The article deals with the ways such 17th century authors as Isaac La Peyrère or Giambattista Vico envisaged the history of Jewish civilization. Focusing primarily on La Peyrère's “preadamite” writings and the Vichian treatise On the consistency of philology (second part of De constantia jurisprudentis), we set ourselves the goal to point out the line of historical development located between two major tracks of the Vichian history of nations – that of the gentiles and that of the Jews. Our study made it possible to consider the Vico's science as resulting of an interaction of various disciplinary palimpsests and discursive splinters, cut short and not written to the end – Protestant exegesis or historiosophy of the prisca sapientia among them.

This article is focused on the epistemological status of the New Science XLI Element, situated at an intersection of Biblical hermeneutics, civil science, and Cartesian «hypothetical cosmology». Our study seeks to disentangle the web of polemical contexts coming together in the «diluvian postulate» and to explain the peculiarity of this hybrid political–physical argument within the economy of Vichian opus magnum.

This study contrasts Vico's conception of the physics based on ingenium, developed in chapter five of De ratione, to its alleged counterpart, Cartesian deductive natural science. By examining the various “faces” and ramifications of Cartesian physics with a special focus on Thomas Burnet's “ingenious physics”, we demonstrate the affinity of some versions of the Cartesian hypothetical approach to Vico's rhetorical epistemology.

The article is focused on the chapters 19-22 of G. Vico's “New Science” of 1725. It deals with the Vichian reconstruction of the archaic self-consciousness of the Roman patricians. In contrast to the plebeians, the patricians, according to Vico, claimed the understanding of the language of the divine revelations. This “interpretative” privilege entailed the obligation to follow exclusively the indications of this fancied divinity. In this type of self-comprehension a peculiar dialectic of necessity and freedom, determining the self-consciousness of the patricians: their unlimited power upon other classes was preconditioned by their readiness to obey to the divine orders and, if necessary, to sacrifice themselves. Thus, the personal freedom and “great deeds”, distinguishing the patricians from other classes and usually considered as a manifestation of an ancient heroism were, according to Vico, not individual virtues of particular persons, but a principle of the collective mind of the upper class.