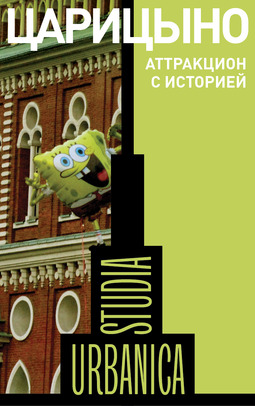 Культурное наследие и продвижение брендов территорий
Копацкая С. А. В кн.: Туризм и гостиничный бизнес. Стратегии взаимодействия образовательных учреждений и работодателей. Материалы II Международного форума 23-26 ноября 2011 г.. СПб.: СПбГУСЭ, 2011. С. 113-115.
Popular Culture And History: Representations Of The Past In British Popular Music Of The 2000s
Kolesnik A. Working Papers of Humanities. WP. Издательский дом НИУ ВШЭ, 2014. No. 54.
This paper investigates the basic mechanisms of representation of the past in British popular music in the early 2000s. Changes in the music industry associated with the emerging and wide dissemination of new media has affected the search for new musical decisions, reformatting attitudes to the past in general, and to the musical past in particular. In this regard, questions of historical representations in popular music and their relationship with cultural heritage are closely interrelated. This paper analyses the mechanisms and formats of ‘working’ with the past in British popular music of the 2000s using examples from the London rock band, the Libertines. The author draws conclusions about structure of historical representations in popular music and their typology. The use of popular music studies approach is suggested to analyze mechanisms of representation of the past and broaden the concept of popular music.
1812 год: экранные воплощения
Васильева В. О. Российская история. 2012. № 6. С. 200-202.
Mediascapes of Memory: Popular Discussions about History on Russian Social Media Sites
Makhov A. Working Papers of Humanities. WP. ÐÐ·Ð´Ð°ÑÐµÐ»ÑÑÐºÐ¸Ð¹ Ð´Ð¾Ð¼ ÐÐÐ£ ÐÐ¨Ð­, 2016. No. В печати.
The article explores ways of talking about history on different online media sites. Exploring people’s online talks about history I discovered a profound difference in ways of shaping the past in diverse media spaces: Users of Vkontakte, LiveJournal and Ekaterinburg online forum talk about history differently. However the ways of discussing history online are affected not only by the specifics of media (as it was discovered in previous scholarships on memory and media). It depends in a great degree on the social context of media on its level of publicity, established norms, embedment in people’s everyday life.
Александр Невский в русской культурной памяти: Святой, правитель, национальный герой (1263-2000)
Шенк Ф. Б. М.: Новое литературное обозрение, 2007.
The Space of the City and Literary Imagination: the Legacy of Nikolai Antsiferov
Stepanov B. ENTHYMEMA. 2014. No. 11. P. 7-24.

A Test Of Existential Motivations In Interpersonal Relationships
Ukolova E., Shumskiy V. Psychology. PSY. Высшая школа экономики, 2014. No. WP BRP 25/PSY/2014 .
We developed a questionnaire with the intention of measuring existential fulfillment in interpersonal relationships. The paper presents the purpose, methodological basis, and structure of the Test of Existential Motivations in Interpersonal Relationships (TEMIR), as well as the validation process and research findings which were obtained using the TEMIR.
Creative tourism in Saint Petersburg: the state of the art
Gordin V. E., Matetskaya M. V. Journal of Tourism Consumption and Practice. 2012. Vol. 4. No. 2. P. 55-77.