Joseph de Maistre (1753-1821) was an exemplary representative of counterrevolutionnary ideology during the late Enlightenment and Romantism. Now. in retrospect, he is seen to be a subtle qnd cqustic critic of the ideas of Enlightenment, showing the impossibility of fighting these ideas with purely rational arguments without recourse to archaic ideqs qnd legends of the "eternel" social structure. Joseph de Maistre spent many years in Russia, establishing a number of intellectual contacts there and becoming one of the first Europeans to try to correlate Western European ideas and the traditions of Russia. 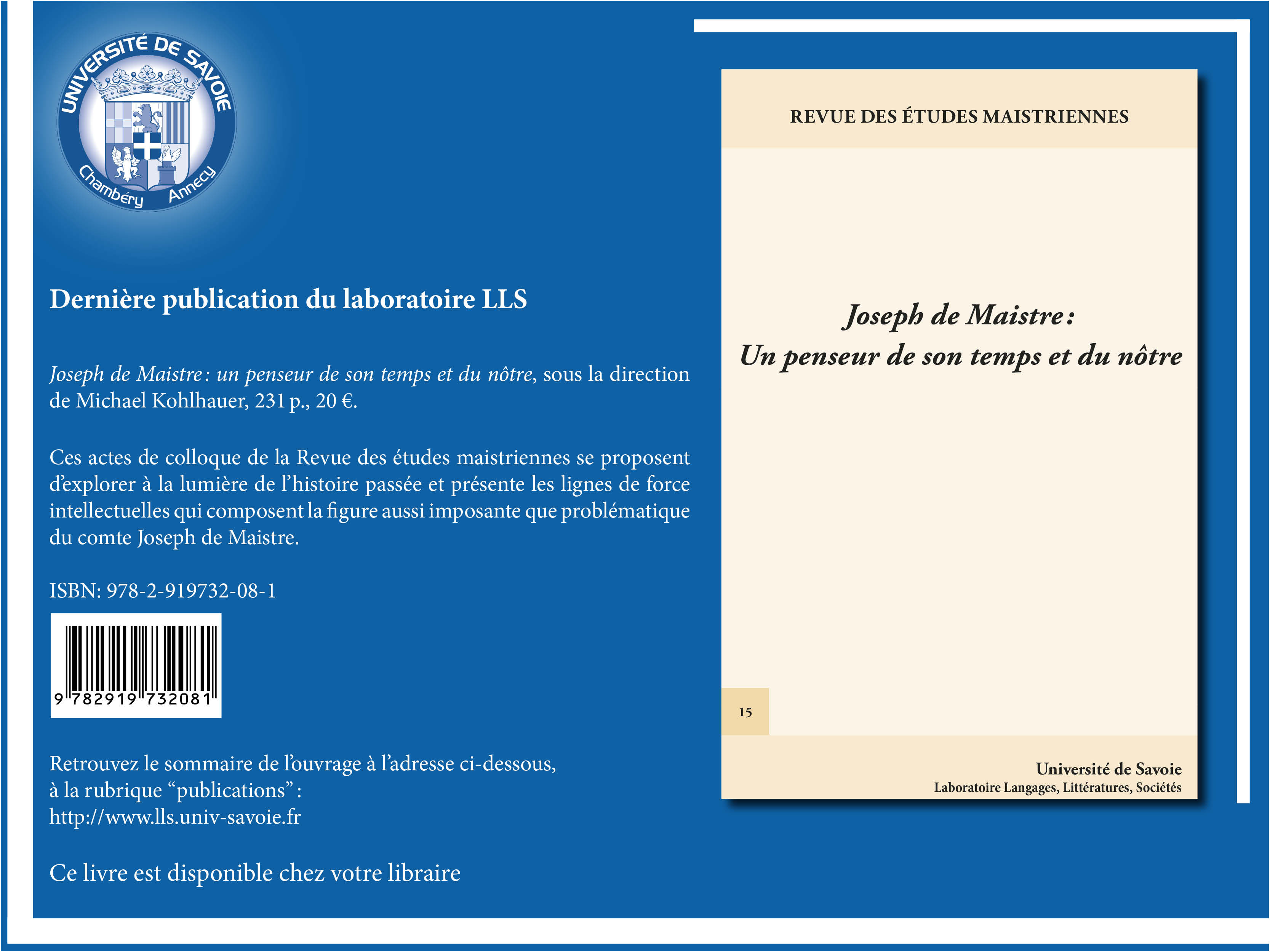