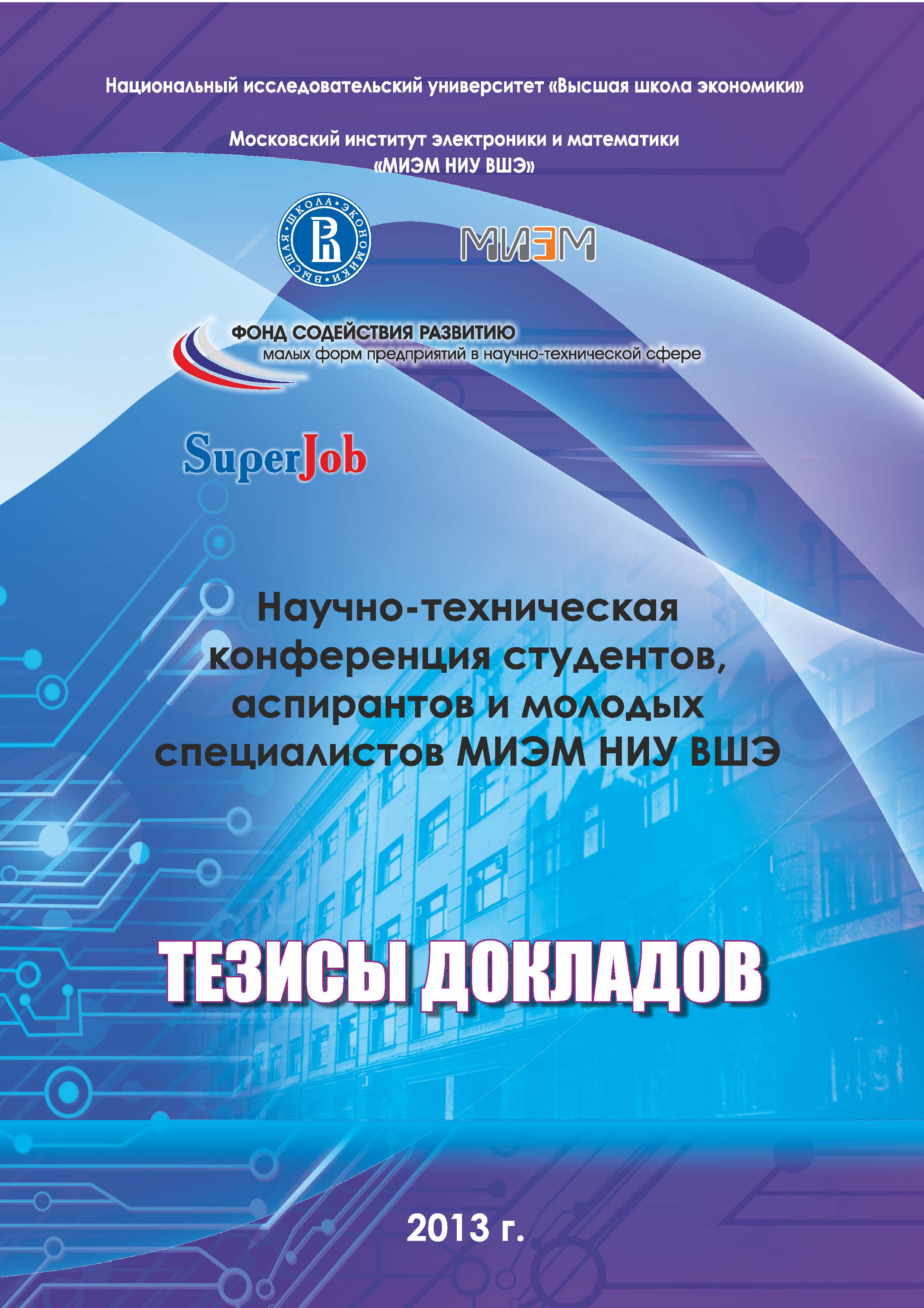 Controlling of clock synchronization in WSNs: structure of optimal solutions
Manita L. Cornell University Library, 2014
We considered the control problem for wireless sensor networks with a single time server node and a large number of client nodes. The cost functional of this control problem accumulates clock synchronization errors in the clients nodes and the energy consumption of the server over some time interval $[0,T]$. For all possible parameter values we found the structure of optimal control function. It was proved that for any optimal solution $\widehat{R}\left(t\right)$ there exist a time moment $\tau,$ $0\leq\tau<T$, such that $\hat{u}(t)=0,$ $t\in[\tau,T]$, i.e., the sending messages at times close to $T$ is not optimal. We showed that for sufficiently large $u_{1}$ the optimal solutions contain singular arcs. We found conditions on the model parameters under which different types of the optimal control are realized.
Выбор платформы для мониторинга контейнеров
Восков Л. С., Ефремов С. Г., Комаров М. М. Автоматизация и IT в энергетике. 2011. № 21(4). С. 13-17.
Co-value creation within the business model for smart grids: case of Russian Autonomous Energy Complex
Volkova I., Burda Y., Gavrikova E. In bk.: Engineering assets and Public infrastructures in the Age of Digitalization. Springer, 2020. P. 864-872.

The trend on electricity grids digitalization is gradually leading to the shift of busi-ness value towards more sustainable and efficient electricity services. Sustainability and efficiency are challenged by the increasing demand for electricity which is fol-lowed by a dramatic transformation of energy systems. While smart grids seem to be crucial in this process, there is a discrepancy in understanding the costs and benefits for the multiple actors involved. In addition, there are benefits of smart grids that cannot be measured directly in terms of money, such as higher energy system reliabil-ity or commitment to carbon reduction. Despite the rise of interest to the managerial aspects of smart grids implementation and development, many aspects remain out of the scope. This paper contributes to the research of smart grids by providing a con-ceptualized business model that would allow for value co-creation, delivery and cap-ture. A Russian energy sector perspective is primarily considered throughout the pa-per and the results are supported by evidence from interviews with of industrial ex-perts

In this paper is proposed a method, which helps to increase the energy efficiency of wireless camera sensor networks. The method is based on image recognition on low-power end devices of the system.

This book constitutes the refereed proceedings of the 7th International Workshop on Multiple Access Communications, MACOM 2014, held in Halmstad, Sweden, in August 2014. The 12 full papers presented were carefully reviewed and selected from 22 submissions. They describe the latest advancements in the field of multiple access communications with an emphasis on reliability issues, physical layer techniques, cognitive radio, medium access control protocols, and video coding.

This book constitutes the joint refereed proceedings of the 18th International Conference on Next Generation Wired/Wireless Advanced Networks and Systems, NEW2AN 2018, the 11th Conference on Internet of Things and Smart Spaces, ruSMART 2018.

The 64 revised full papers presented were carefully reviewed and selected from 186 submissions. The papers of NEW2AN focus on advanced wireless networking and applications; lower-layer communication enablers; novel and innovative approaches to performance and efficiency analysis of ad-hoc and machine-type systems; employed game-theoretical formulations, Markov chain models, and advanced queuing theory; grapheme and other emerging material, photonics and optics; generation and processing of signals; and business aspects. The ruSMART papers deal with fully-customized applications and services.

This book constitutes the refereed proceedings of the 12th International Conference on Parallel Computational Technologies, PCT 2018, held in Rostov-on-Don, Russia, in April 2018.

Cost-Benefit Estimation of the Smart Grid Development for the Russian Unified Power System
Veselov F., Fedosova A. V. Science, Technology and Innovation. WP BRP. Высшая школа экономики, 2015. No. 49/STI/2015.
The paper is devoted to the issue of smart power system cost-benefit analysis. The innovative character of smart grids is defined and related obstacles for traditional cost-benefit assessment are revealed, primarily referred to external effects evaluation. Brief systematization of existing methods of smart grids assessment is provided and their weak points are defined. A new Smart Grid cost-benefit assessment approach is presented, basing on the elaborated comprehensive system of smart power system effects. The approach is tested for the system effects of smart power system implementation in the Russian Unified Energy System, quantitative results are presented.