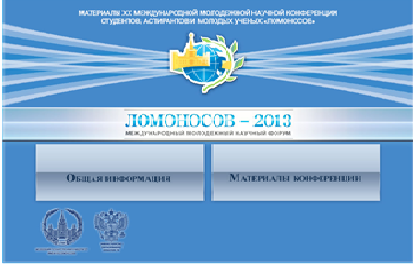 Гетерогенность бедности в современной России
Тихонова Н. Е. В кн.: Бедность и бедные в современной России. М.: Весь мир, 2014. Гл. 1. С. 13-34.
Family Benefits and Poverty: The Case of Russia
Kolosnitsyna M., Philippova A. Public and Social Policy. WP BRP PSP. НИУ ВШЭ, 2017. No. WP BRP 03/PSP/2017.
25 years have passed since the beginning of market reforms in Russia. Like other post-soviet countries, in the early 1990s Russia faced a period of sharp decline in real household incomes. Then a gradual growth of population well-being began. However, income inequality was deep throughout this time. The poverty headcount is still over 10% on average and differs a lot among territories and socio-demographic groups. Russian poverty has certain specifics: there is a high risk of poverty for young working families with children.  This paper analyses the effectiveness of family benefits from various perspectives. We consider their impact on the poverty of families with children, using the concepts of absolute, relative and subjective poverty. The study is based on pooled and panel household data from the Russia Longitudinal Monitoring Survey – Higher School of Economics (RLMS HSE), 2003-2015. We model the influence of child benefits on the probability of being poor and estimate various econometric models. Other controlled factors influencing recipient household risk of poverty include the type of settlement, family structure, education and employment.  The results are robust and show the negative influence of family benefits on household risk for absolute and relative poverty. However, the subjective perception of poverty is positively correlated with benefits. The study also shows leakage and significant gaps in coverage in the system of family benefits. Overall, the study reveals the low effectiveness of family benefits in Russia and indicates a need for improved targeting.
Poverty and Social Exclusion in the New Russia
Manning N., Veit-Wilson J., Abrahamson P. et al. L.: Routledge, 2017.

Presenting the findings of a major research project, this  volume investigates the regional, ethnic and socio-cultural aspects of poverty and social exclusion in Russia in recent years. In-depth household interviews and survey data allowed teams from the UK, Denmark and Russia to compare different societies and communities in Russia across several different themes: the definition of poverty in different regional, ethnic and socio-cultural settings; the reproduction and formation of poverty subcultures in different societies and communities; the ethnic/national and political values of poor people; the readiness of poor people for social protest; and a comparison of Russia with other EU countries. Offering a wealth of original data collected following a period of rapid impoverishment of the Russian population, the study considers the challenge this presents to Western European models of poverty and social exclusion.