The paper analyses Richard Rorty's views on solidarity and shows that the moral particularism that Rorty derives from the idea of solidarity is unfounded. Using the conceptual tools of social ontology the paper demonstrates that a theory of solidary morals can cover Rorty's main metaethical concerns, i. e. his commitment to liberalism and denial of cognitivism, without taking a stance in the controversy between universalists and particularists. The only relevant question that remains is whether or not a given social group, nation, or culture understands itself as universalist. Whether or not this is conceivable cannot be decided on philosophical grounds. 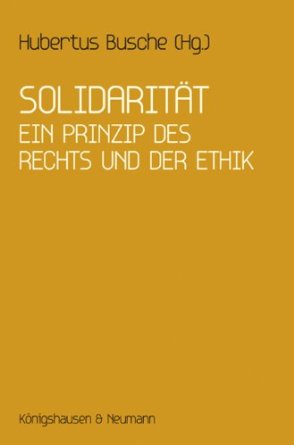 Police government is not a name for a certain thing known as a "state", it is rather a means for ordering social events. Russia is ofte decribed as a police state but the state is misunderstood as a kind of fortress. In fact, a multiplicity of different events are happening here at one and the same time, and police is only partially successful on establishing peace and security. The main problem of policing is that it does not guarantee solidarity and that new solidarities emerge that are confronting the old order.

In Russia, the label “Generation X” became popular upon the translation of Douglas Coupland’s famous book, Generation X: Tales for an Accelerated Culture, into Russian in 1998. Thereupon the term achieved popularity following the publication of a series of articles about the modern youth phenomenon in the journal OM, which in the mid-’90s conducted open liberal, cultural politics and was orientated toward presenting the real cultural order of the day to Russian readers. It is important to note that in today’s Russian context (journalistic and academic) there exist several different versions of who is Generation X and what is the chronology that determines the generation. One of the chronologies that has been taken up by Russian researchers is the reading of “generation” according to years of birth, which looks as follows: the Silent Generation (1923–1943), Baby Boomers (1943–1963), Generation X (1963–1984), the Millennium Generation or Generation Y (1984–2000), and Generation Z (2000–?). Other homegrown researchers consider that the characteristics of Generation X are only beginning to become apparent today. This is explained by the specific historical path of post-Soviet Russia. Toward the ’90s, young people, just as the heroes of the book by Coupland, experienced the difficult period of a double breaking up of society, and therefore can be only partially compared to their Western contemporaries. The childhood and youth of these young people took place in the later Soviet period. They succeeded in being both pioneers and Komsomols (the Communist Union of Youth). They were able to go to the university at the very peak of the social collapse and to finish higher education in what was now a different country. It is likely, therefore, that young people born from the end of the ’80s to the beginning of the ’90s can be, to a large extent, included as those belonging to Generation X at the end of the 20th century. They already completely fall under the Soviet and post-Soviet experience of socialization and ideology as a result of the politics of the iron curtain and the particular political practices of establishing a new identity—“building communism.” In this case, the stress moves away from striving to define exact dates of birth of a generation to searching for similar characteristics in terms of world outlook, specific trends, key ideas and practices, similar traits and ideals, vectors of generational solidarity, and their significant difference from other contemporaries.

This article examines the role of archivists in shaping the capacity and the structure of a university’s memory. Drawing on sources such as laws and ministerial instructions, the authors analyze the government’s archive policy with regard to universities and how professors and archivists were taking part in its implementation. Their participation included sorting documents and attributing them to individual ‘cases’, destroying some of the ‘unnecessary’ documents and preserving others that were designated for destruction. Based on information from service records and university reports, the article tracks changes in the corporate status of university archivists in nineteenth-century Russia.