Unprecedented cruises and publications based on the data collected during 1932-33 are listed among the most prominent achievements of Soviet oceanography and the most significant input of the Soviet Union into the Second IPY program. This paper describes the preconditions of this success such as intensive international cooperation in the 1920sstrong governmental support in the beginning of the 1930s and unique environmental conditions with warm optimum in the Arctic. There were scientists who promoted the idea ofinternational collaboration and then turned it towards building national Arctic science, meeting demands of the authorities. In 1932 for the first time oceanographers went around the Franz Josef Land and participated in the first single-season crossing of the North-East passage. Operations along this newly established Northern Sea Route demanded rapid improvement of knowledge of the marine environment that led to the expansion of a network of field stations and vessel-based observations. Twenty six expeditions were fulfilledduring a period of eighteen months on board of several icebreakers and only two research vessels operated in the Soviet Arctic at that time. They sampled from the Greenlandic to the Bering Sea with hundreds of complex deep-sea stations and thousands of surface measurements. 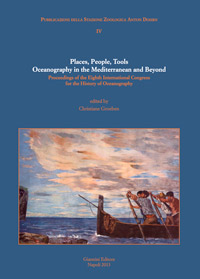 Places, People, Tools: Oceanography in the Mediterranean and Beyond. (Proceedings of the Eighth International Congress for the History of Oceanography).
Edited by: C. Groeben. Napoli: Giannini Editore, 2013.
Similar publications
"Literary Ethnography And Nationalism In The Imperial Russia: A Case Of The Naval Ministry“Literary Expedition”
Vdovin Alexey. Humanities. HUM. Basic Research Programme, 2014. No. WP BRP 47/HUM/2014.
This paper explores the ideological sources of the Russian Naval Ministry “literary expedition” in a broad context of ethnographical knowledge, 1840-1860. The author explains which Russian and Western models of literary ethnography compelled Grand Duke Konstantin Nikolaevich to commission Russian writers to describe various provincial regions and ethnic groups. The investigation demonstrates that this expedition was an indispensable part of a broad and influential paradigm of nationalizing knowledge which dominated the Russian science and the literary and discursive fields of the 1850s.
Governing Arctic Seas: Regional Lessons from the Bering Strait and Barents Sea
Vol. 1. Switzerland: Springer, 2020.

The culture of mathematical economics in the Post War Soviet Union
Kirtchik O. I., Boldyrev I. Гуманитарные исследования. WP6. Высшая школа экономики, 2013
This paper explores the problem of disciplinary status and identity of the Soviet mathematical economics which emerged and developed mostly during the Brezhnev era. Was it an interdisciplinary field at the intersection of mathematics and economics? Was it “only” a domain of applied mathematics? Was it a marginal sub-discipline or a part of mainstream of the Soviet economic science? A tentative answer to these questions brings us to consider not only the formal institutional status of mathematical economics, but also questions related to epistemic culture and professional (or disciplinary) identity of mathematical economists. The first term, epistemic culture, refers to representations of rationality and “truth”-finding devices such as analytical tools, theories, etc., while the second one, disciplinary identity, brings into light the issues of disciplinary self-identification and of disciplinary borders constructed and maintained by members of an academic community vis-à-vis other scholarly domains, and within a broader academic and political cultures. Based on interviews with Soviet mathematical economists we try to reconstruct a disciplinary history of this community characterized by rigorous mathematical foundations, innovative research methods and objects, and opaque political position. A comparison of Soviet mathematics with the situation in neoclassical economics in the West is insightful as far as both cases present some common and distinctive features.
Future Security of the Global Arctic: State Policy, Economic Security and Climate
Edited by: L. Heininen. Basingstoke: Palgrave Macmillan, 2016.