The origin of Diodorus' evidences (XIV, 109; XV, 7) on Olympic embassy of Dionysius I, a tyrant of Syracuse, is discussed. The author argues that the both texts go back to Philistus' narrative of the event and that the differences between them are hardly to be explained with Diodorus' using of Timaean and Ephorean accounts. It seems that Timaeus rewrote the original story of Philistus in antityrannical sense and provided it with some doubtful details, and Diodorus in his work fell under influence of his tale, but nevertheless preserved earlier version as well. Moreover, the date of the embassy is under question also. 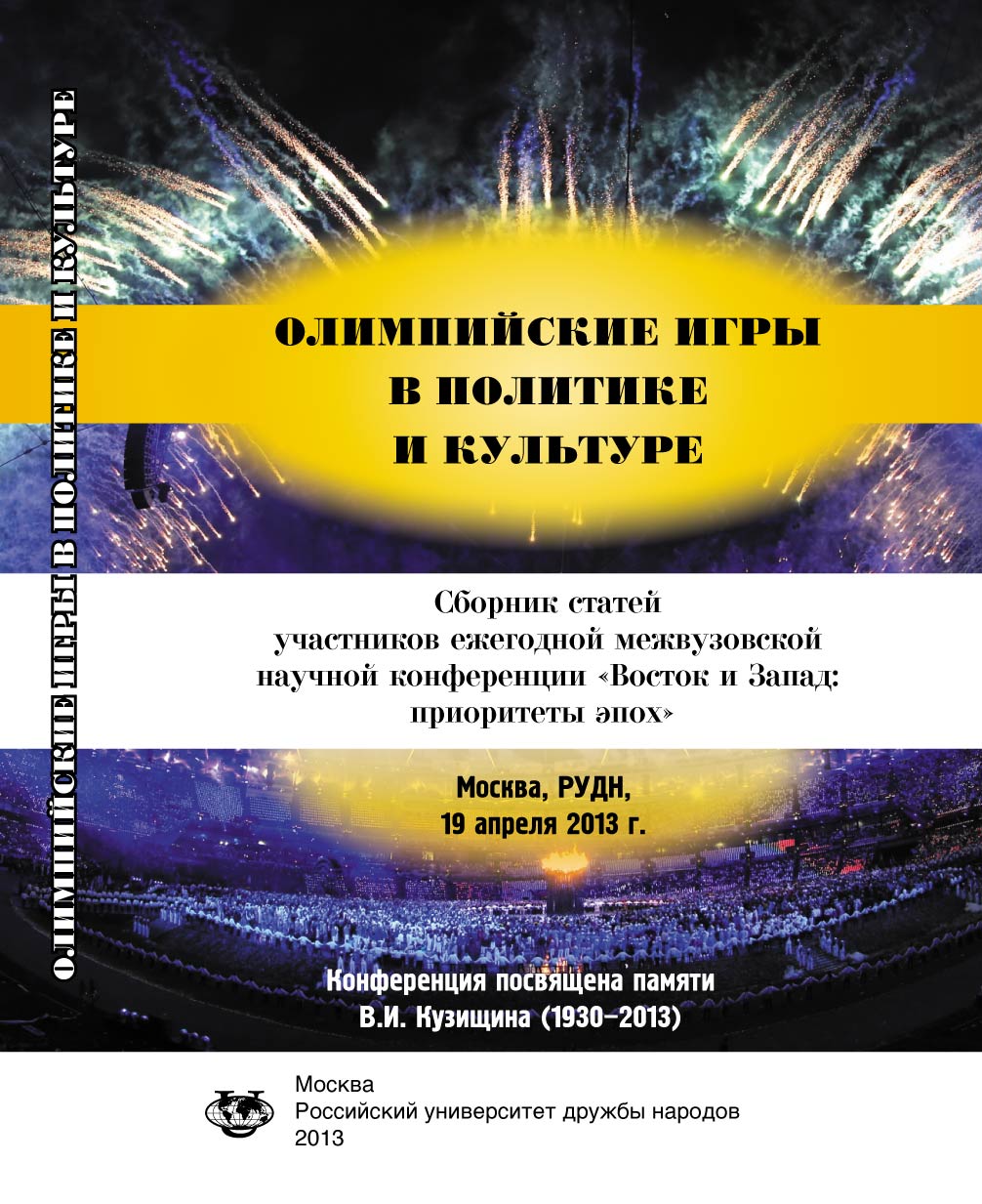 This article couples framing analyses with social identity issues to provide a critical discourse analysis of the Sochi Olympics opening ceremony, along with the various media depictions surrounding it. Moreover, it explores the idea of 'derzhava' as a rediscovered political narrative/frame in Russian symbolic politics. We argue that images and symbols alluding to different events in the past and present play significant roles in the social construction of people’s identities. Our lives are largely dependent upon what we tend to forget, and what we still remember. As the first impressions of the Sochi Olympics Games pass away, we are finally able to see what stayed hidden, and what was deliberately left in light. Relying upon the research on the connection between collective memory and social identity, we examine several Sochi Olympics events, seeking to identify what the organizers of the Games wanted us to remember, and what was meant to be forgotten. What symbols and signs were deliberately and repeatedly manifested to evoke Russian national pride? What was left behind the scenes in order not to revive traumatic collective memory of the past? An analysis of two frames – “the frame of commemoration” and “the frame of obliteration” - helps to shed light on the veiled elements of new Russian social identity construction today. In addition, our analysis helps to explain how the Sochi Olympics became a springboard for launching a more forceful symbolic politics commensurate with new Russian power ambitions.

In Munich, a referendum on a bid for the 2022 Winter Olympics was held in November 2013 and failed. This study analyzes the determinants of the percent of favorable votes using secondary data from all 52 communities involved in the referendum. The evidence suggests that potential host communities tended to have larger vote shares in favor of putting in a bid as did communities with higher rates of unemployment. In communities with a high share of votes for the Green and the Leftist party in the federal state elections, the percent of favorable votes for the Olympic bid was significantly lower. Moreover, the negative effect of the number of hotel beds per capita suggests that voters were concerned with crowding-out of regular tourists during the Olympics. Local politicians and bidding committees could use this information to better understand the local population and to improve their support for hosting Olympic Games. © 2015 West Virginia University.