The book considers the process of by which reality is interpreted by television. The process is influenced by aesthetic, industrial, socio-cultural and ideological factors. This is the first fundamental study in Russia investigating television as a tool for interpreting reality, and the result of this interpretation – television reality – as a socio-cultural phenomenon, which defines a vision of the world for a considerable number of viewers. 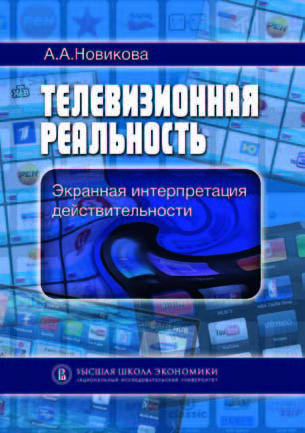 Problems of translation and interpretation of sociological classics, especially concerning the work by Emile Durkheim “The Elementary Forms of Religious Life” (1912).

The main topic of this conversation – the sociological study of nation and nationalisms, proceeding from its classical authors. The first part of the interview discusses the links between nationalism and modernity as a specific social and historical formation. Then it centers on the universal mechanism of social imagination allowing individuals to relate themselves to other members of their own community. Hereinafter it discusses nationalism’s functions - political, cognitive, etc. The second framework topic is ‘Nationalism from sociological point of view’. The final part of conversation is devoted to “Imagined Communities”, the famous book written by Benedict Anderson.

This article offers the theoretical reconstruction of the treatment of morality by the classic of French and world sociology Emile Durkheim (1858-1917). Based on Durkheim’s texts, the author strives to show that, contrary to some modern interpretations, he was neither an anti-Kantian nor an anti-utilitarian. He constantly criticized both Kant and utilitarianism, but was strongly influenced by both theoretical positions. This influence was both “negative,” as an opposition to these positions, and “positive,” as a sort of their reproduction, continuation and development. Durkheim did not reject Kant’s views and utilitarianism (especially, in its eudemonist version), but relied on them, seeking to realize their theoretical synthesis. The means of such a synthesis was a sociological approach to morality, in which society is treated as an entity that combines duty and good, immanent and transcendent principles in morality. The evolution of Durkheim’s interpretation of the elements, or characteristics of morality, as well as the connection of morality with religion and other social institutions, are considered. The author have analyzed Durkheim’s idea of the autonomy of sacredness in morality, of its irreducibility to the religious sacredness; hence the principal possibility of secular morality. According to Durkheim, morality is of a fundamental importance for society, it underlies all social institutions and social transformations.