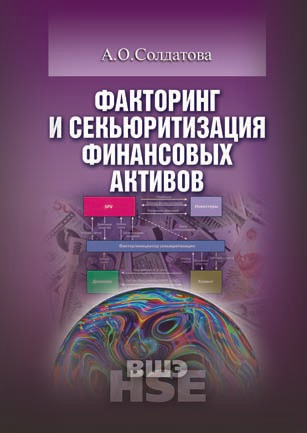 The article is devoted to the analysis of goals, objectives and methodological apparatus of economics and law. The paper notes that, despite the mismatch of tasks and the difference in the methodological apparatus, economics and jurisprudence are complementary scientific knowledge. The importance of economic analysis in the study of the effectiveness of law is indicated. The author summarizes the conclusions and judgments in the study area.

The article deals with a massive protest movement which swept major Iranian cities starting from the end of 2017. The fast growth of prices, the devaluation of the national currency, and environmental issues triggered a serious civil unrest which united different social groups and professional guilds in their dissatisfaction with the current socio-economic situation in the country. The most important thing which makes this protest different even from the events of 1388/2009 is the active participation of the so called bazari, or traditional middle class of merchants and small shop owners, who for decades presented a ground base for the Islamic regime. As long as the protest continues, it can have extremely negative consequences for the Islamic Republic, especially under the conditions of growing external pressure. The re-imposition of the former unilateral sanctions by the US and the implementation of new restrictions have already had a significant impact on daily life of common Iranians. Despite the difficult conditions caused by the sanctions, which the Iranian government calls a “psychological war” (Jang-i ravani) against the country, and the unstable situation in the Sunni regions of the west, north-west and south-east, the Islamic Regime (Nizam-i Islami) is still able to remain in control of the state. What realities of Modern Iran make its population “tired”? What was the reaction of the Iranian Government and Leader of the Revolution and how is the Iranian establishment going to overcome the crisis? Does the Iranian regime take necessary steps to decrease social inequality? What forces stand behind these protests in the country and abroad? These are the main questions to be answered in order to understand possible future developments and their results for the Islamic Republic and regional stability.

Институт минимальной заработной платы в странах ОЭСР
Вишневская Н. Т. Проблемы рынка труда. WP3. Высшая школа экономики, 2005. № 03.
The paper examines the institute of minimum wage in developed and transition economies and in a number of the developing countries. First of all the institutional mechanism of minimum wage fixing is considered. One of the sections explores the dynamics of absolute and relative levels of minimum wage. The special attention is paid to the impact of the institute of minimum wage on the labour market. The author considers the mechanism of transmission of the minimum wage increases on the employment and unemployment dynamics. The paper also contains the result of the empirical research. The experience of many countries witnesses that large increases in minimum wage levels lead to the stagnation of the employ-ment, especially of the disadvantaged groups. The negative effect is larger for the companies with higher share of labour costs and more active use of unqualified labour, that is small businesses and agricultural enterprises. One of the main conclusions is that the minimum wage is not an effective tool of the poverty reduction as the majority of the recipients live in households of average and upper average income.
Численность и состав российской бюрократии: между советской номенклатурой и госслужбой гражданского общества
Гимпельсон В. Е. Проблемы рынка труда. WP3. Высшая школа экономики, 2002. № 05.
Государственная политика в области ограничения курения: какие меры наиболее эффективны
Засимова Л. С. Вопросы государственного и муниципального управления. 2010. № 4. С. 68-81.