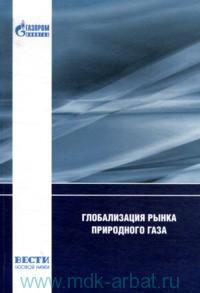 High energy resource dependence of Ukraine's economy on gas imported from Russia is caused above all by the fact that while the Ukrainian industry is largely dependent on the Russian fuel there are no alternatives for Ukraine to diversify its import in the medium term. Key Ukrainian industries (the ore-metallurgical complex and the chemical industry) are too much dependent on the Russian gas.

The article focuses on the issue of possible decrease of the export gas volumes from Russia to European Union. The main question is, if Gazprom saves its monopoly competing with possible new providers of liquefied natural gas (LNG). The author provides a general analysis of the features and disadvantages of LNG, as well as examines the issues of EU LNG independence-rush by giving the examples of Lithuania and Poland terminals. The projects of Lithuanian floating regasification unit and Polish onshore terminal are aimed at diversification of gas supplies in order to provide energy independence from Gazprom, which held 100% of shares in the whole import energy market in the Baltic region and Poland. The article gives an analysis or risks and opportunities for Lithuania making a deal with potential LNG suppliers, according to the three possible scenarios in line with the estimated LNG prices: status quo, the search of the new suppliers (USA, Qatar) and the integration of the gas network among various terminals in the EU.