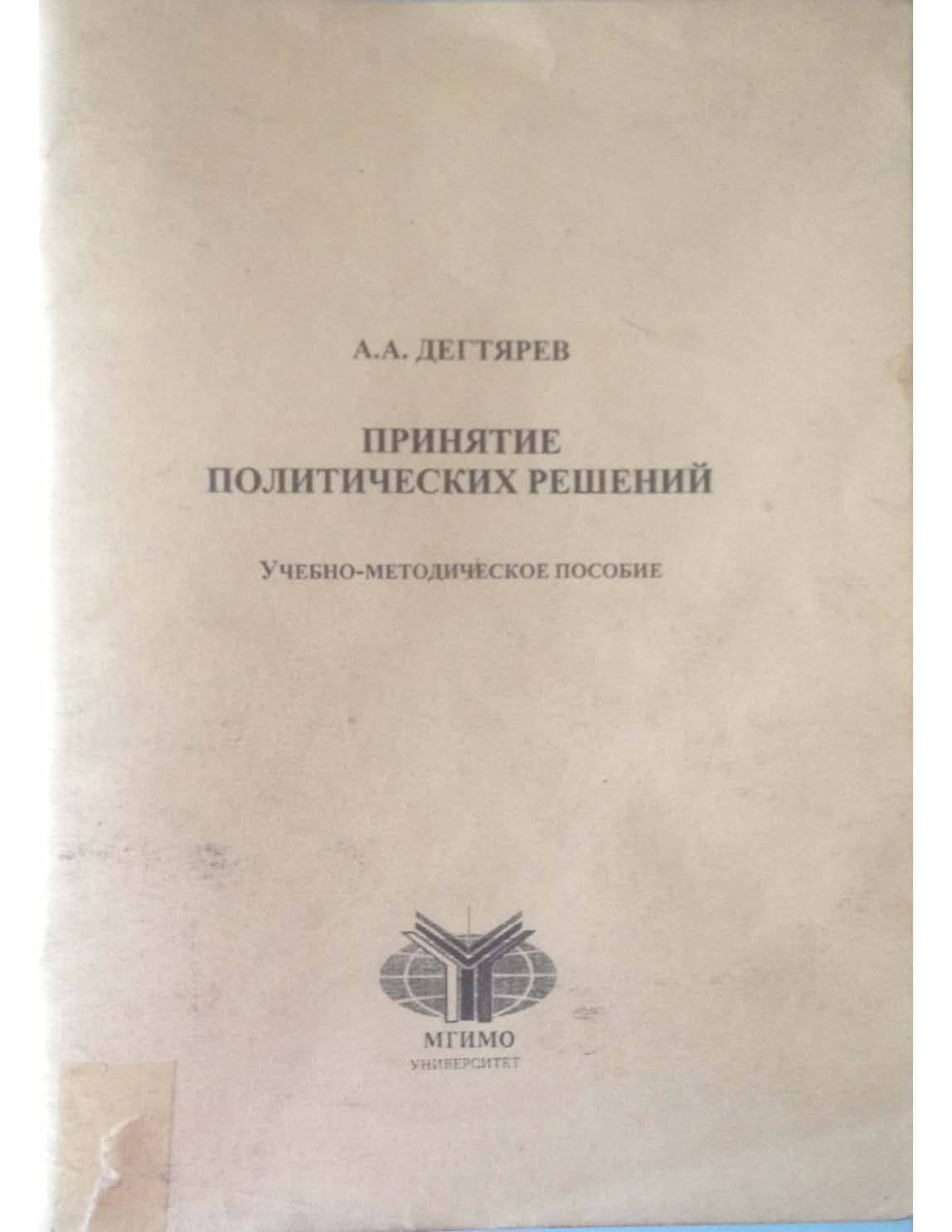 Публичная политика – 2010
Edited by: М. Б. Горный, А. Ю. Сунгуров СПб.: НОРМА, 2011.
Норма и содержание
Моляренко О. А. Коммерсантъ Наука. 2016. № 2 (18). С. 24-25.
О роли реестра НКО, взаимодействующих с властью, в развитии общественно-государственного партнерства
Вандышева Е. А. В кн.: Публичная политика – 2009. СПб.: НОРМА, 2010. С. 85-95.
Healthy Lifestyles in Russia: Old Issues and New Policies
Kalinin A. M., Kolosnitsyna M., Zasimova L. S. Public Administration. PA. Высшая школа экономики, 2011. No. 02.
Individuals’ lifestyles strongly affect health outcomes and thus are a subject for public regulations in all developed countries. In this paper we discuss how different policy measures change individual behaviour with respect to consuming alcohol, tobacco products, and healthy food and participating in sports activities. We start by presenting data on health-related behaviours in Russia compared to other countries and show that the majority of Russians do not pay enough attention to their health and underestimate the risks of unhealthy behaviour. We analyse the public policy response to the increasing number of people with unhealthy habits to prove that drawbacks in legal acts and in public procurement increase the prevalence of bad habits. We therefore propose different policy instruments to improve the current situation and analyse the possible impacts and costs of suggested measures.
Executing the Decisions of Foreign Courts and the Question of Sovereignty in Russia
Antonov M. Law. LAW. Высшая школа экономики, 2012. No. 07.
The author examines the theoretical difficulties of implementing decisions and awards of foreign courts in Russia.  Along with the normative conditions of recognizing and enforcing foreign decisions, the author draws attention to the educational background of legal professionals  – especially judges  –  in Russia.  It is suggested that the statist conception of law inherited from Soviet legal science  implicitly leads the contemporary Russian legal doctrine of negating the obligatory force of decisions from foreign courts. In the opinion of the author, the core of this conception resides in the traditional concept of sovereignty, which excludes the direct effect of legal acts made by foreign states, private arbitrations, and international organizations. Nevertheless, some signs of changes in the attitude of the Russian judiciary can be marked in several precedential rulings of the commercial courts. The  author concludes that there are tendencies that are symptomatic of a different concept of law developing in the mentality of legal professionals in Russia.
Asociación y coordinación en las zonas metropolitanas de México y del estado de Hidalgo [Association and coordination in metropolitan areas of Mexico and in the State of Hidalgo]
Tovar-García E. D. In bk.: Aportes para el desarrollo del estado de Hidalgo: Gestión y política pública [Studies for development of Hidalgo: Administration and public policy]. Vol. 4: Gestión y política pública [Administration and public policy] . Mexico: Editorial Miguel Ángel Porrúa, 2011. P. 9-47.

Публичная политика – 2009
СПб.: НОРМА, 2010.
Культура конфликта во взаимодействии власти и гражданского общества как фактор модернизации России
Никовская Л. И. М.: ИД "Ключ-С", 2012.
Measuring active aging for government policy planning: a case of Russia
Zasimova L. S., Sheluntcova M. Public Administration. PA. Высшая школа экономики, 2014. No. 11.
Rising life expectancy and an aging population highlight the need for appropriate government policies to transform of the role of the elderly from a dependent part of the population to an economically active one. This paper aims to measure active aging of the elderly in Russia. We review definitions of active aging and base our research on the concept of the World Health Organization. Active aging is characterized by three components: health, participation, and security. We select indicators for these components and aggregate them into three sub-indexes which become the outcome index of active aging. As a result, the sample is divided into two groups of elderly people in Russia, “actively aging” and “inactively aging”. The empirical research is based on the Study of Global Ageing and Adult Health (SAGE). Our findings show that 70% of the elderly population are at the intersection of “health” and “participation in social activities”; 61,2% between “health” and “security”; 73,5% between “security” and “participation in social activities”. Overall, 58,5% of Russian senior citizens meet all three criteria of active aging, thus creating a great challenge for policy response.
Административный акт в системе форм российского права (сравнительно-исторический аспект)
Михеева И. В. В кн.: Система права в Российской Федерации: проблемы теории и практики : Сборник научных статей. Материалы V ежегодной международной конференции, 19-22 апреля 2010 г.. М.: РАП, 2011. С. 412-422.
The article is devoted to the concept of "administrative act" in the context of public administration. Different approaches to the definition of the acts of state administration are considered in history and the present of the Russian state.
Региональная модель формирования информационного общества (на примере Содружества Независимых Государств)
Плотников В. А. Евразийская интеграция: экономика, право, политика. 2012. № 11. С. 138-143.