by year
Subject
News
Mathematics of Natural Choices: The Borda Count and Independence of Irrelevant Alternatives
Eric Maskin spoke at a recent research seminar held by the Centre in which he proposed a modified independence of irrelevant alternatives condition (IIA) and demonstrated that the voting rule satisfies modified IIA, Arrow’s other conditions, and May’s axioms if and only if it is the Borda count, i.e., rank-order voting. Fuad Aleskerov discussed how this affected the collective choice theory, elaborating on various choice models, starting from the Condorcet paradox.
Alcoholism Treatment Is Potentially Effective against COVID-19
A team of chemists from HSE University and the Zelinsky Institute of Organic Chemistry used molecular modelling to find out that two medications that have been known for a long time can be used to fight SARS-CoV-2. One of them is used to treat alcohol addiction, and the other is for cancer.
HSE Scholars to Participate in Creating a New Platform for Russian National Corpus
The Russian Ministry of Education and Science has announced the results of a grant competition for big research projects. One of the winners is a project with HSE University participation: the creation of a next generation computational linguistic platform to digitally record the Russian language.
Publications

At the Crossroads of Post-Communist Modernisation: Russia and China in Comparative Perspective

Over the past three decades, Russia and China have both experienced extensive socio-economic and political transformation, as well as foreign policy reorientation. However, this transformation has not followed one pattern, but rather has taken two specific routes. How do their strategies differ, and how are they interrelated? When – and at what junctures – were the crucial choices made? What are the strategic choices that have yet to be made by Russia and China? What are the alternatives, how are they constructed and what are the internal and external settings that constrain the choices between different policy lines? This book provides the first structured comparison of Russia's and China's post-communist modernisation paths from the perspective of three interrelated arenas of social change: political system, socio-economic system, and foreign policies.

The chapter explores the foreign policy priorities of China and Russia with regard to the following sub-questions: Are China and Russia driven by ideology or by pragmatism? How much weight does ‘hard power’ carry versus ‘soft power’ in the strategic policy formulation of both countries? How do they strive to uphold their insistence on respect for sovereignty while their economic power increasingly relies on international interdependence? 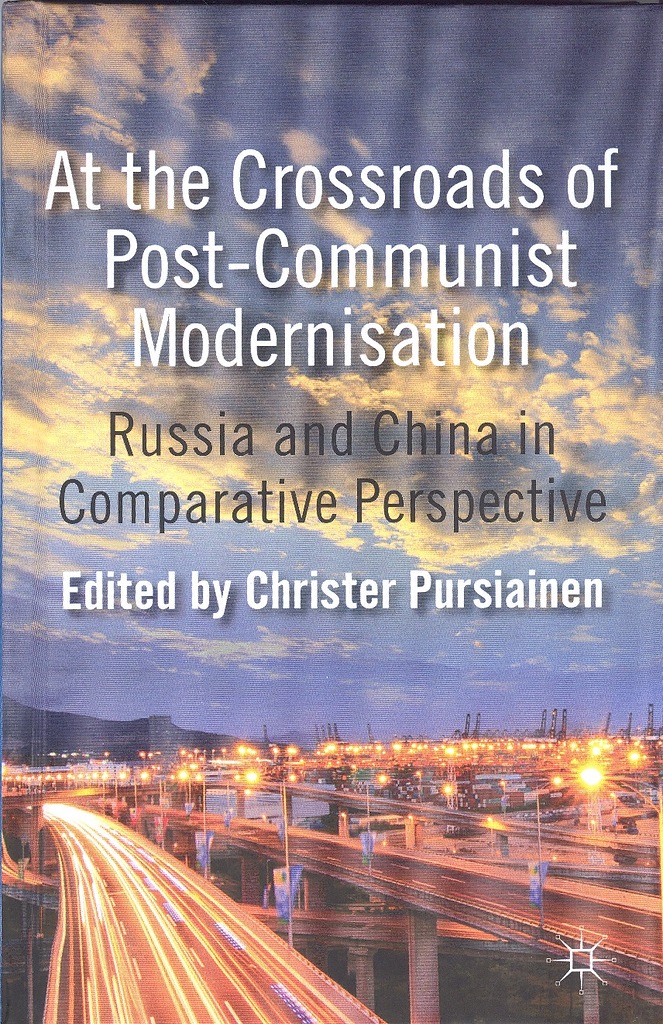 China and Russia: Institutional coherence between the banking systems
Vernikov A. V. Economics Working Paper. UCL SSEES Centre for Comparative Economics, 2014. No. 130.
We use statistical data from 2000 to 2013 to compare the macro-level structure and the core institutions of the banking systems in China and Russia.
The Costs of Worker Displacement in Urban Labor Markets of China
Ge Y., Lehmann H. Проблемы рынка труда. WP3. Высшая школа экономики, 2013. No. WP3/2013/06.
This paper analyzes the costs of job loss in China, using unique new data from the Rural-to-Urban Migration in China (RUMIC) data set for the year 2009. We investigate conventional labor market outcomes upon displacement like the length of unemployment spells, hours worked and monthly earnings. We also analyze whether displaced workers are more likely to be in informal employment relationships or selfemployed or less happy than their non-displaced counterparts. We also look at health and psychic costs as additional outcomes. Displaced migrant workers do not encounter losses in terms of longer unemployment spells or wage penalties, while urban displaced workers incur very large costs in terms of these two outcomes. These results point to segmented urban labor markets in China. All displaced workers have an increased likelihood of being informal, while only migrants among the displaced experience a lowered incidence of self-employment. Also, health costs and psychic costs can be linked to displacement although these costs are not prevalent in a uniform fashion. Stratification of the data by gender, level of development and ownership seems important as it shows substantial heterogeneity of the costs of job loss across these dimensions.
俄罗斯法研究 （第一辑) = Российское право 1
Edited by: Д. Хуан. Beijing: 2013.
Нужна ли Китаю политическая реформа для дальнейшего экономического роста и приведет ли дальнейший экономический рост к демократизации политического режима КНР?
Королев А. Н. В кн.: 3-й пленум ЦК КПК: новое руководство и стратегия реформ. М.: Учреждение Российской академии наук Институт Дальнего Востока РАН, 2014. С. 1-16.
The paper explores the relationship between economic growth and democratization at both theoretical level and within the context of China’s political reality. It is demonstrated that such relationship is neither linear nor stable, but is rather contingent and variable. There are no scientifically-proved reasons to argue that economic growth leads to democratization, or that democratization helps economy grow. There is nothing surprising that China is successful in reforming its economy without democratizing its political system. It is premature to expect a growthdriven democratization in China. Conversely, it is unjustified to assume that democracy is needed for China’s further economic growth.
Структурно-институциональное сходство банковских систем России и Китая
Верников А. В. Научные доклады Института экономики РАН. Институт экономики РАН, 2014
We use statistical data for the period 2000-2013 to compare the macro-level structure and the core institutions of the banking systems in China and Russia.
Экономические интересы России, Китая и Запада в Средней Азии
Суздальцев А. И., Братерский М. В. В кн.: Материалы V Конвента Российской ассоциации международных исследований. Мировая политика: взгляд из будущего. Т. 5: Будущее стабильности и безопасности в регионе Центральной Азии. М.: МГИМО-Университет, 2009. С. 181-193.
Региональная модель формирования информационного общества (на примере Содружества Независимых Государств)
Плотников В. А. Евразийская интеграция: экономика, право, политика. 2012. № 11. С. 138-143.