This book presents the results of a comparative analysis of society and culture in Eastern Siberia, situated within a broader Russian context. The study is based on empirical research supported by the Russian Humanitarian Scientifi c Foundation under two grants: “The development of social capital in the Krasnoyarsk Territory” (scientifi c research program, grant № 11-03-00250a); and “A socio-cultural portrait of the Krasnoyarsk Territory” (scientifi c research program, grant № 10-03-00001a). It employs a multi-paradigm approach, based upon accepted theories by Russian and Western sociologists, and post-non-classical models with corresponding research methods as well. Modern Siberia (illustrated by its Eastern regions – the Krasnoyarsk Territory and the Republic of Khakassia) is studied as a unique sociocultural phenomenon. The study locates Eastern Siberian regions as a holistic sociocultural formation within the Russian Federation. Thus, the research focuses on the particular identity of the Eastern-Siberian population, modernization processes in the region, and the distinguishing attributes of the Siberian mindset, including orientations on basic values and value experiences. Special consideration is given to Christian archetypes, archetypal symbols and values in the collective consciousness of the respondents. The effect of archetypal symbols and values on social changes is discussed. Finally, the research includes a study of attitudes among teachers to their students and society in general. 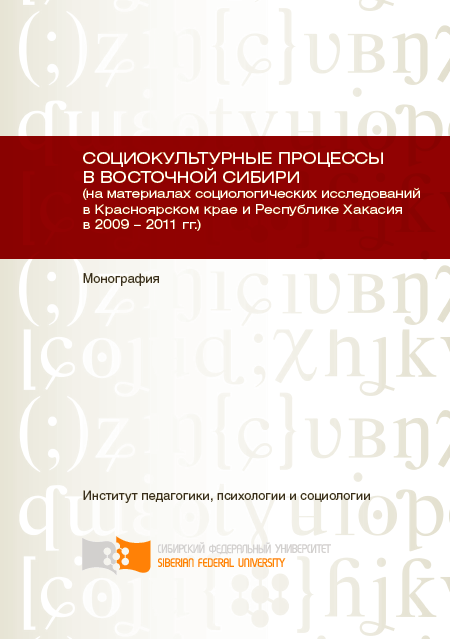