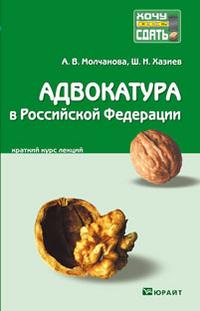 The article reveals the issues of advocate’s activity in criminal procedure; considers the basic ethic problems — accept of assignment, alternative defense, conflicts defense. The article analyses the provisions of the Code of Professional Ethics, opinions of some researchers, provisions of legislation; the article also touches upon the issues of general ethics.

The Legitimacy of the Bolshevik Order, 1917-1918: Language Usage in Revolutionary Russian Law
Borisova T. Y. Law. LAW. Высшая школа экономики, 2012. No. 05.
The article describes and analyzes the legislative politics of revolutionary regimes in Russia in 1917-1918. The author aims to demonstrate the political meaning of the form of early Soviet legislation and its legitimizing effect. The revolutionary legislators often used specific language in the new laws as a vehicle of legitimacy, i.e. to make the people comply. The two main types of legal language used by the Bolsheviks can be interpreted from the perspective of different types of legitimacy. The revolutionary strategy used propagandistic legislation, written in the language of lay people, which urged them to act according to the new law. It can be seen as a request for acts of the people to legitimize the soviets. On the contrary, the traditional strategy employed old bureaucratic means of writing and distributing legislation to the local soviets. The language used by this strategy was closed to the understanding of a lay audience and implied traditions of obeying the law written in familiar legal language, which in turn implied rational/legal legitimacy. The second strategy had already become dominant after the first months of the Bolshevik revolution. This observation demonstrates that from the very beginning of their rule, Soviet leaders approached legislative policy from a technocratic point of view, which determined the further development of Soviet legal theory and practice.
Адвокат как представитель в арбитражном процессе
Дроздова А. А. Саарбрюкен: LAP LAMBERT Academic Publishing, 2013.
«Гонорар успеха» адвоката в арбитражном процессе
Дроздова А. А. В кн.: Право. Гражданин. Общество. Экономика. (Сборник статей студентов, магистрантов, аспирантов). Вып. 6. М.: Национальный исследовательский университет "Высшая школа экономики", 2012. С. 103-108.
Адвокатская монополия в арбитражном процессе
Пузанова А. А. В кн.: Право и права человека. Сборник научных трудов молодых ученых. М.: Книгодел, 2012. С. 229-233.
The Role of Lawyers in Social Changes in Developing Countries: Evidence from Russia
Yakovlev A. A., Kazun A., Sitkevich D.A. Law. LAW. Высшая школа экономики, 2016. No. 70.
This paper reviews the activity of professional legal organizations as factors in the transfer from limited access order (LAO) to open access order (OAO) according to the theory of North, Wallis and Weingast. By analyzing the experience of lawyers’ collective action in developing countries, this paper proposes a decision tree explaining the process of the mobilization of the legal community to counter violations of the law by the ruling elite. It shows that this collective action plays a significant role in implementing the rule of law. However, the efficiency of such collective action in a particular country depends on the institutional capacity of its legal association and on the position of the professional elite leading it. The history of the development of Russian legal advocacy shows that exogenous shocks actually stimulate the collective action of lawyers, which in turn compels the government to respond.
Участие адвоката в гражданском процессе в Германии
Пузанова А. А. В кн.: Правовая система современной России: проблемы и перспективы их преодоления. Материалы III Всероссийской научно-практической конференции студентов, аспирантов и молодых ученых. Коломна: КИ(ф) МГОУ, 2012. С. 197-201.
Профессиональные организации как драйверы социальных изменений в развивающихся странах
Яковлев А. А., Казун А. П., Ситкевич Д. А. Институциональные проблемы российской экономики. WP1. НИУ ВШЭ, 2016
Оплата труда адвоката за оказание юридической помощи по назначению: проблемы, обозначенные практикой
Колоколов Н. А. Адвокатская практика. 2010. № 4. С. 2-7.

The Constitution of the RF declares the right of free qualified assistance to everybody. Evidently the rendering of such assistance will cost a lot to society and state. The reader is presented with a set of three articles in which the author analyses the course of solution of the problem (Article 1. On History of Problem).