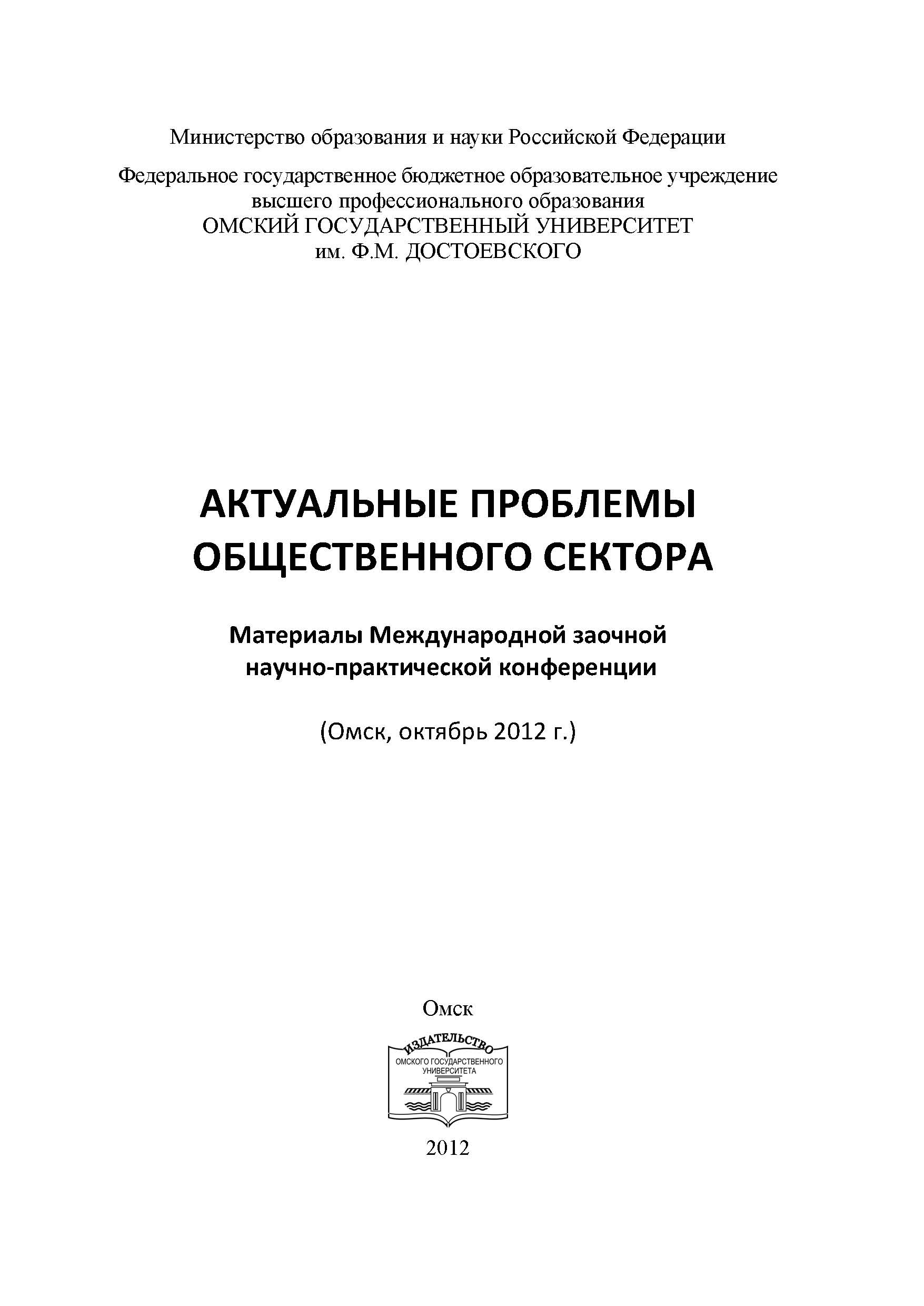 Paper considers the efficiency of Russian court system and demand of economic agents for legal institutions. Analysis based on two empirical surveys of Russian firms in 2000 and 2007 focused on efforts to reform court system and the influence of state and enforcement agencies on firms’ behavior. Author notes the improvement of enforcement system in Russia in 2000s. However as before there are serious problems with corruption and inequality of state agencies and private firms in Russian courts.

To help right the imbalance in attention in between oligarch firms and the rest of the economy, we report results from two original surveys of 500 firms conducted in 2000 and 2007 in eight regions in Russia that explore the business environment for manufacturing and service sectors.  We find that the formal and informal rules of the game for everyday firms in Russia have changed dramatically in the Putin years. Most importantly, while the informal and formal rules of the game were essentially the same for successful and unsuccessful firms in 2000, by 2007 regional governments in Russia had come to favor successful firms through a variety of informal and formal means in ways that were absent just seven years earlier. This shift in the rules of the game in favor of successful firms suggests that a core group of firms in the regions under study have managed to cooperate with the regional government to temper the weak institutional environment in Russia.  On one hand, this arrangement is clearly a “second-best” option for economic development over more neutral rules that provide a level playing field for all firms.  On the other hand, it is likely an improvement over “third-best” options that involve the state using its power to punish successful firms to reward less successful firms.  More generally, this change in informal institutions in a relatively short time suggests that informal institutions are mutable than many accounts suggest.

This book is a collection of best papers that were submitted to and presented at the 5th international public procurement conference, which was held in Seattle, USA, August, 2012, and hosted by the national institute of governmental purchasing, and Florida atlantic university public procurement research center. Initiated in 2004, IPPC has become one of the largest international networks of public procurement practitioners and researchers in the world, a very strong evidence of global interest in this emerging profession.

Proceedings of the Finance and Economics Conference 2012
Muenchen: The Lupcon Center for Business Research, 2012.
Экономика общественного сектора: государственные расходы
Колосницына М. Г. Экономический журнал Высшей школы экономики. 2003. Т. 7. № 2. С. 231-257.
Эффективность органов власти в российских регионах (по итогам 2010 г.)
Ахременко А. С. Политическая теория и политический анализ. WP14. Высшая школа экономики, 2012. № 01.
Экономика и управление: проблемы и перспективы развития. Сборник научных статей по итогам международной научно-практической конференции г.Волгоград 15-16 ноября 2010 г.
Ч. 1. Волгоград: Волгоградское научное издательство, 2010.
Competition impact of market structure: The case of banking services markets in two Russian regions
Anisimova A. I., Muradyan P. A., Vernikov A. V. SSRN Working Paper Series. Social Science Research Network, 2011. No. 1919817.
This empirical paper adds to competition and industrial organization literature by exploring the interplay between industry structure and competitiveness on local, rather than nation-wide, markets. We use micro-level statistical data for banks in two Russian regions (Bashkortostan and Tatarstan) to estimate Herfindahl-Hirschman index, Lerner index, and Panzar-Rosse model. We estimate Panzar-Rosse model in two ways: via the widely used price-equation that accounts for scale effects and then via a revenue-equation that disregards scale effects as suggested by Bikker et al. (2009). We find both regional markets to be ruled by monopolistic competition, although estimation by revenue-equation does not reject monopoly hypothesis for Tatarstan. Existence of sizeable locally-owned and operated institutions does not necessarily lead to higher competitiveness of the given regional market, and the results from non-structural methods of estimation suggest that bank competition in Bashkortostan is stronger than in Tatarstan. Going further away from aggregated analysis we compute Lerner indices in two product segments of Tatarstan – retail and corporate loans – and find that retail segment is significantly more competitive. Local banks exert more market power in corporate loans, while federal branches – in retail loans.
Обновляемый образовательный ресурс "Экономическая школа НИУ ВШЭ"
2012.
Влияние выбора целей и инструментов политики денежных властей на уязвимость экономик
Трунин П. В., Дробышевский С. М., Евдокимова Т. В. М.: Издательский дом «Дело» РАНХиГС, 2012.
Правовые институты в России 2000-2007 годах: взгляд со стороны бизнеса
Яковлев А. А. Общественные науки и современность. 2008. № 4. С. 21-37.
An Optimal Incentive Contract Preventing Excessive Risk-Taking by a Bank Manager
Penikas H. I. Financial Economics. FE. Высшая школа экономики, 2012. No. 03.
The Basel Committee of Banking Supervision initiated a discussion on the most efficient practices to prevent bank managers from excessive risk-taking. This paper proposes a game-theoretical approach, describing the decision-making process by a bank manager who chooses his own level of risk and effort. If the level of risk implies the variability of the future outcome, the amount of effort applied affects the probability of a positive outcome. Although effort is unobserved for the bank’s stakeholders, the risk level is under control, and is associated with certain indicators such as capital adequacy ratio or leverage level. The risk-neutral utility function of a bank manager and a binary game outcome of gaining profit or loss for a bank are assumed. Starting from the general incentive contract scheme having the fixed and variable parts of remuneration, it is proposed that differentiating the variable part of remuneration is sufficient to motivate bank managers to make fewer risky decisions. More precisely, the variable part of remuneration (e.g. the share of the bank’s profit) needs to be higher in proportion to the higher variance of outcome for the high -risk outcome case to stimulate a bank manager to opt for lower-risk decisions in place of higher-risk situations.
На океанских волнах. Россия в мировом кризисе
Уринсон Я. М. Вестник Европы. 2014. № 38-39.
Modeling policy response to global systemically important banks regulation
Penikas H. I., Titova Y. Financial Economics. FE. Высшая школа экономики, 2012. No. 02.
In this paper we elaborate a simple model that allows for the predicting of possible reactions from financial institutions to more stringent regulatory measures introduced by the Basel Committee on Banking Supervision (BCBS) in regard to global systemically important banks (G-SIBs). The context is framed by a 2011 BCBS document that proposes higher capital requirements for global systemically important banks. We attempt to analyze bank interactions in an oligopolistic market that is subject to demand constraints on loan amounts and additional loss absorbency requirements introduced by the regulator. We distinguish between the bank’s announced funding cost that determines both the loan amount issued and the market interest rate, and the bank’s true funding cost that has a direct impact on retained earnings. We conclude that in a two-stage game both banks will announce the highest funding cost, thus reducing the amount of loans granted (in line with the regulator’s objective), but at the expense of a higher cost of borrowing established in the market. If the game is repeated, then both banks also choose lower loan amounts in the periods prior to the last one in which the declared funding cost is the lowest possible. It should be noted that the designated outcome also coincides with the findings of the Monetary Economic Department of the Basel Committee on Banking Supervision.
Применение различных вариантов правила передачи голосов
Карпов А. В., Вольский В. И. Полития: Анализ. Хроника. Прогноз. 2011. № 2. С. 162-174.