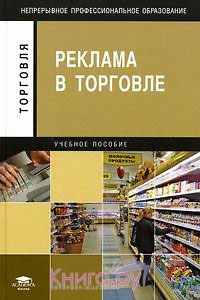 The Asia-Pacific Economic Cooperation forum (APEC) is one of the key platforms of the multilateral dialogue on global agenda issues in the Asia-Pacific region. Notwithstanding its regional character, the annual APEC leaders` summits significance is comparable with that of the key global governance institutions, such as the G8 and G20, summits. With increasing integration and enhanced economic relationships as well as established interaction pattern the APEC influence on regional and global economic agenda is growing. In spite of the fact that APEC initially positioned itself as a “free group of economics” not a political association, the member states step-by-step turn to the most acute worldwide political issues, which is reflected in the leaders` statements made during the summit. The analysis of the APEC 2013 summit which was held within the Indonesian presidency on 7-8 October 2013 on Bali provides an insight into the main drivers of the APEC agenda. Given that currently all countries face similar economic and social challenges: low and stalling economic growth, need to pursue fiscal consolidation, persistent structural unemployment, widening income disparities, base erosion and profit shifting as well as tax evasion, climate change negative consequences etc, it`s useful to analyze the measures implemented at the regional level (APEC), as well as the global level (G20). A comparison with the G20 is largely determined shared challenges and by the intersecting memberships: almost half of the members of the institutions participate in both fora, namely Australia, Canada, China, Indonesia, Japan, Mexico, Republic of Korea, Russia and the United States. The recent APEC and G20 agendas aim to coordinate actions to resolve the shared problems and move towards new growth models. The analysis is based on the key summit documents - Bali Declaration “Resilient Asia-Pacific, Engine of Global Growth”, Joint Ministerial Statement, leaders` statements and accompanying documents. The analysis permits to identify the vector of APEC agenda development.

Principles of constructing balanced system of logistic efficiency  are viewed. (BSC) Basic advantages, which allow to implement management on the base of logistic BSC are shown. Methodology of calculating logistic KPI  in trade company on the example of warehousing business-process, in particular consignment, completion and dispatch at distributing center of retail network is adduced.
It is shown, that key indices of activity of other subdivisions of logistic department: operational department, transport-forwarding department, control-auditorial group should also be included into logistic BSC  in trade company. Designed system of indices is connected with system of motivating personnel, whilst individual rewarding for positive results is tied to completion of established standards of KPI. Examples of calculating influence of logistics on return on capital basing on model of strategic profit.

The article addresses the G20 compliance with its long-standing commitment to refrain from protectionist measures. The paper attempts to measure and compare the results of individual G20 members in different timeframes between the summits. The analysis is based on the data from the WTO reports on G20 trade and trade-related measures. The author believes that the effectiveness of G20 in this field of cooperation remains low, which is substantiated by a large number of protectionist measures adopted by the G20 members in the period between Washington summit in 2008 and Cannes summit in 2011. The publication is prepared within the framework of a joint project "Enhancing Effectiveness of Russia's Participation in G8, G20 and BRICS in Compliance with the Russian Federation National Priorities in Global Governance and Developing Recommendations for the Russian Presidency of G20 in 2013" implementing by Russian International Affairs Council (RIAC) and International Organisations Research Institute (IORI) of the National Research University Higher School of Economics in 2012.

Russia contributes to this transformation and pursues policies aimed at enhancing her foreign trade and economic security now and also to facilitate the development of a system where foreign nations will have no significant influence over the international currency system and world credit markets thus making economic dimensions of Russian overall power less vulnerable to manipulations from abroad.

The Western Balkans on the road to the European Union
Dabrowski M., Myachenkova Y. Bruegel Policy Contribution. Bruegel Policy Contribution. Bruegel, 2018. No. 04/2018.
Given its geographical location, the region is important to the EU in terms of security, stability, trade and transit routes. The Western Balkan countries’ economic and political prospects and their future within a European framework should remain one of the top priorities for the EU.
Monetary Policy, Trade and Convergence. The Case of Transition Economies
Berlin: LIT Verlag, 2009.