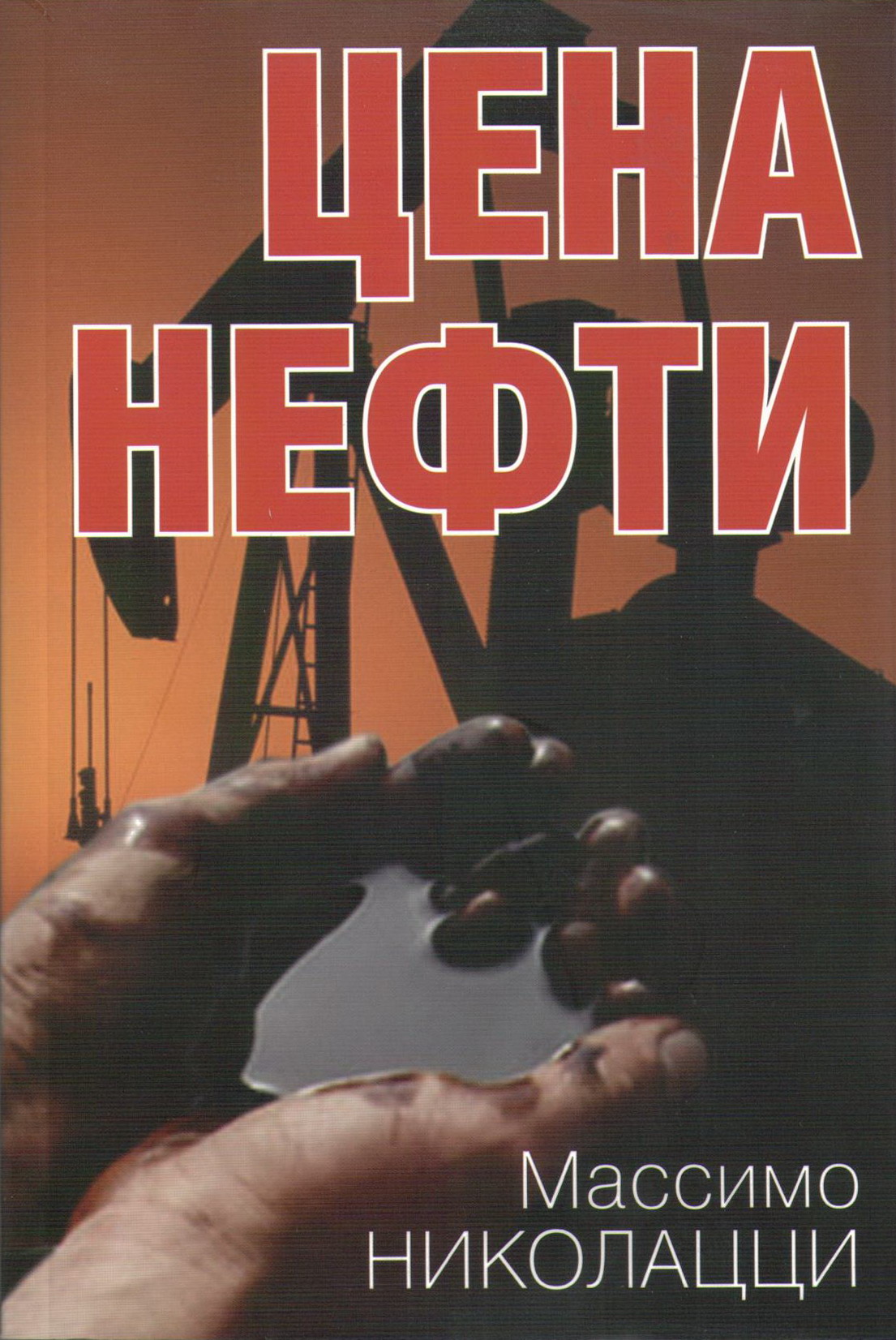 With a view to ensuring a follow up of the implementation of the Recommendation, the International Labour Office was instructed to assist constituents in developing national policies and setting up monitoring and implementing mechanisms, as well as to promote good practices at the national and international levels concerning the determination and use of employment relationships.    In response to that decision, the International Labour Office, developed in 2007 an Annotated Guide to Recommendation No. 198 using the technical expertise of a group of experts from around the world which presented examples in law and practice on how the various aspects of the Recommendation were being dealt with in many countries in different regions.    Over the recent years, there have been increasing developments at the European level regarding the employment relationship in legislation, case law, collective agreements and soft law. In this context, the ILO, and in particular the then Industrial and Employment Relations Department (DIALOGUE) undertook a strategic partnership with the European Labour Law Network (ELLN), a network of independent legal experts from all European Union Member States and European Economic Area countries, in order to produce an updated version of the 2007 annotated Guide with a specific focus on European countries.   The European Labour Law Network was established in 2005 on initiative of Professors Guus Heerma van Voss (University of Leiden) and Bernd Waas (University of Frankfurt am Main), the latter being the editor of this Guide. The European Labour Law Network is comprised of non-governmental legal experts from all European Member States and the EEA countries. In December 2007, the European Labour Law Network signed a contract with the Directorate-General for Employment, Social Affairs and Inclusion of the European Commission in Brussels (formerly the Directorate-General for Employment, Social Affairs and Equal Opportunities) and, under the name ‘European Network of Legal Experts in the Field of Labour Law, dealing with both individual and collective rights/aspects’, became the European Commission’s official advisory board on issues relating to developments in individual and collective labour law. In this capacity, the Network has been conducting extensive research for the European Commission. Among other things, it produced a Thematic Report on the “Characteristics of the Employment Relationship” in 2009. This guide builds upon up-dated information analysed in that research project. (More information at: http://www.labourlawnetwork.eu).   In summer 2013 International Labour Office approached Russian labour law scholars, - associate professors Elena Gerasimova (NRU HSE), Nikita Lyutov (MSAL, NRU HSE) and Daria Chernyaeva (NRU HSE), – with a suggestion to prepare a Russian translation of the Gude and to amend it with materials concerning the CIS countries.

Nowadays Russian drug market structure is inefficient in terms of high level of branded generic drugs. This requires improvement of policy measures in order to increase the affordability of innovative drugs, both domestic and imported. The paper describes special features of Russian pharmaceutical market and investigates how drug policy instruments affect the commercial market structure, focusing mainly on incentives to launch and sell innovative drugs.

ОПЕК: роль на мировом рынке нефти
Мотуз С. А. В кн.: Финансовый рынок и кредитно-банковская система России. Вып. 3. СПб.: Инфо-да, 2002. С. 84-87.
Использование долгосрочного прогнозирования на основе нейронной сети для регулирования в системе управления.
Зак А. М. В кн.: Научно-техническая конференция студентов, аспирантов и молодых специалистов МИЭМ, посвященная 50-летию МИЭМ. М.: Московский государственный институт электроники и математики, 2012. С. 81-81.
На пути в мировое хозяйство
Вып. IX. М.: Издательский дом «Граница», 2009.
Экономика и управление: проблемы и перспективы развития. Сборник научных статей по итогам международной научно-практической конференции г.Волгоград 15-16 ноября 2010 г.
Ч. 1. Волгоград: Волгоградское научное издательство, 2010.
Competition impact of market structure: The case of banking services markets in two Russian regions
Anisimova A. I., Muradyan P. A., Vernikov A. V. SSRN Working Paper Series. Social Science Research Network, 2011. No. 1919817.
This empirical paper adds to competition and industrial organization literature by exploring the interplay between industry structure and competitiveness on local, rather than nation-wide, markets. We use micro-level statistical data for banks in two Russian regions (Bashkortostan and Tatarstan) to estimate Herfindahl-Hirschman index, Lerner index, and Panzar-Rosse model. We estimate Panzar-Rosse model in two ways: via the widely used price-equation that accounts for scale effects and then via a revenue-equation that disregards scale effects as suggested by Bikker et al. (2009). We find both regional markets to be ruled by monopolistic competition, although estimation by revenue-equation does not reject monopoly hypothesis for Tatarstan. Existence of sizeable locally-owned and operated institutions does not necessarily lead to higher competitiveness of the given regional market, and the results from non-structural methods of estimation suggest that bank competition in Bashkortostan is stronger than in Tatarstan. Going further away from aggregated analysis we compute Lerner indices in two product segments of Tatarstan – retail and corporate loans – and find that retail segment is significantly more competitive. Local banks exert more market power in corporate loans, while federal branches – in retail loans.
Обновляемый образовательный ресурс "Экономическая школа НИУ ВШЭ"
2012.
Влияние выбора целей и инструментов политики денежных властей на уязвимость экономик
Трунин П. В., Дробышевский С. М., Евдокимова Т. В. М.: Издательский дом «Дело» РАНХиГС, 2012.
Правовые институты в России 2000-2007 годах: взгляд со стороны бизнеса
Яковлев А. А. Общественные науки и современность. 2008. № 4. С. 21-37.
An Optimal Incentive Contract Preventing Excessive Risk-Taking by a Bank Manager
Penikas H. I. Financial Economics. FE. Высшая школа экономики, 2012. No. 03.
The Basel Committee of Banking Supervision initiated a discussion on the most efficient practices to prevent bank managers from excessive risk-taking. This paper proposes a game-theoretical approach, describing the decision-making process by a bank manager who chooses his own level of risk and effort. If the level of risk implies the variability of the future outcome, the amount of effort applied affects the probability of a positive outcome. Although effort is unobserved for the bank’s stakeholders, the risk level is under control, and is associated with certain indicators such as capital adequacy ratio or leverage level. The risk-neutral utility function of a bank manager and a binary game outcome of gaining profit or loss for a bank are assumed. Starting from the general incentive contract scheme having the fixed and variable parts of remuneration, it is proposed that differentiating the variable part of remuneration is sufficient to motivate bank managers to make fewer risky decisions. More precisely, the variable part of remuneration (e.g. the share of the bank’s profit) needs to be higher in proportion to the higher variance of outcome for the high -risk outcome case to stimulate a bank manager to opt for lower-risk decisions in place of higher-risk situations.
На океанских волнах. Россия в мировом кризисе
Уринсон Я. М. Вестник Европы. 2014. № 38-39.
Modeling policy response to global systemically important banks regulation
Penikas H. I., Titova Y. Financial Economics. FE. Высшая школа экономики, 2012. No. 02.
In this paper we elaborate a simple model that allows for the predicting of possible reactions from financial institutions to more stringent regulatory measures introduced by the Basel Committee on Banking Supervision (BCBS) in regard to global systemically important banks (G-SIBs). The context is framed by a 2011 BCBS document that proposes higher capital requirements for global systemically important banks. We attempt to analyze bank interactions in an oligopolistic market that is subject to demand constraints on loan amounts and additional loss absorbency requirements introduced by the regulator. We distinguish between the bank’s announced funding cost that determines both the loan amount issued and the market interest rate, and the bank’s true funding cost that has a direct impact on retained earnings. We conclude that in a two-stage game both banks will announce the highest funding cost, thus reducing the amount of loans granted (in line with the regulator’s objective), but at the expense of a higher cost of borrowing established in the market. If the game is repeated, then both banks also choose lower loan amounts in the periods prior to the last one in which the declared funding cost is the lowest possible. It should be noted that the designated outcome also coincides with the findings of the Monetary Economic Department of the Basel Committee on Banking Supervision.
Применение различных вариантов правила передачи голосов
Карпов А. В., Вольский В. И. Полития: Анализ. Хроника. Прогноз. 2011. № 2. С. 162-174.