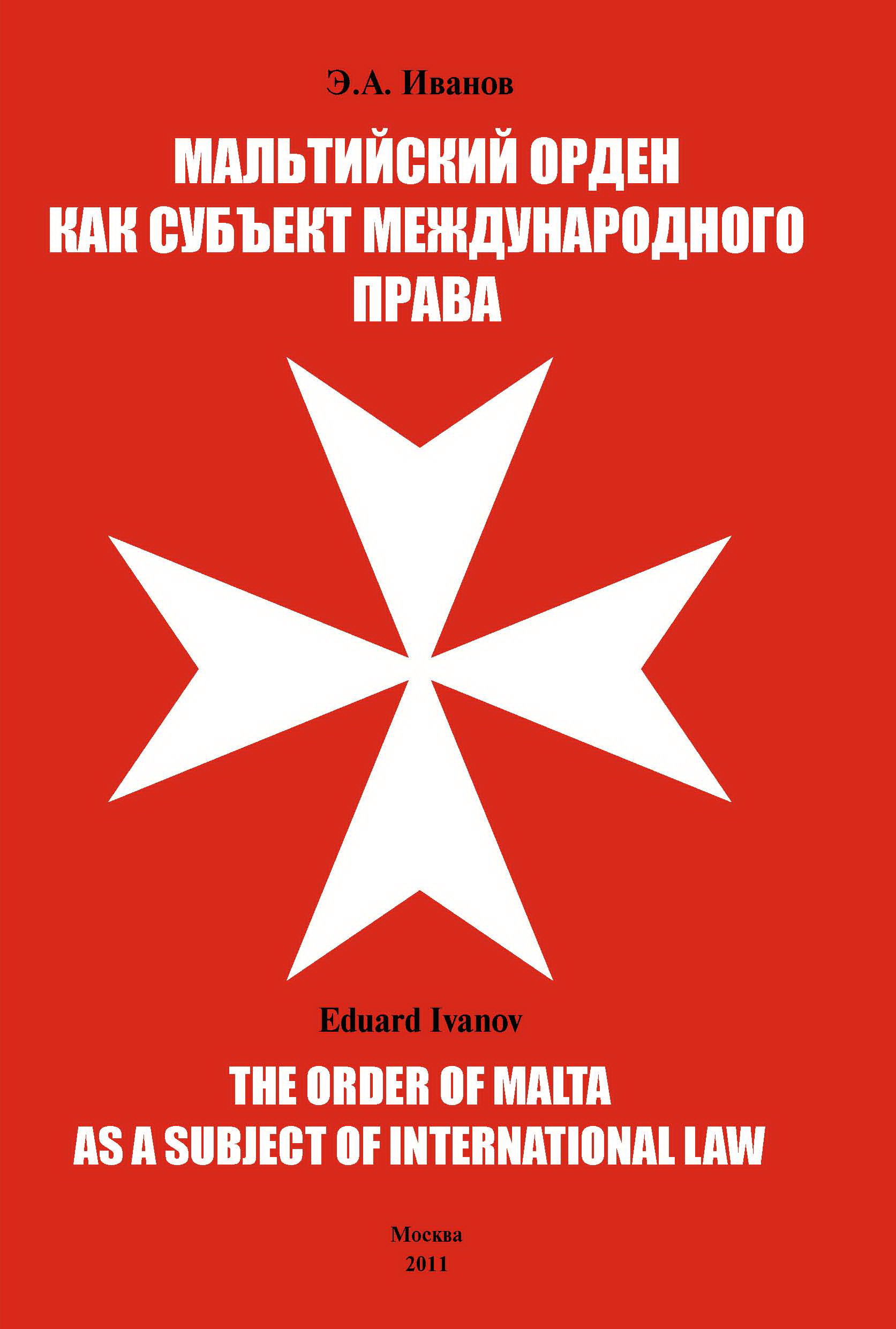 Similar publications
Mission Of The Order Of Malta As A Subject Of International Law In The 21st Century
Ivanov E. A. Law. LAW. Высшая школа экономики, 2014. No. WP BRP 40/LAW/2014.
The Order of Malta became a subject of international law with the emergence of classical international law in the 16th century and the concept of international legal personality and since that period has always been recognised as such. However, the form of its existence has undergone a number of transformations. Today, the Order of Malta constitutes a unique subject and the nature of its international legal personality represents a great scientific and practical interest. The author is of the opinion that both theories of recognition which exist in the doctrine of international law, i.e. the declarative and constitutive theories, apply to the status of the Order of Malta. This paper analyses the nature of international legal personality and the mission of the Order of Malta as a subject of international law in the 21st century. Special attention is paid to the Constitution, the Government and the judicial system of the Order of Malta, as well as cooperation between the Order and the Russian Federation.
Россия и Мальтийский орден. Сквозь века в новое тысячелетие
Иванов Э. А. Вопросы правоведения. 2012. № 1. С. 8-17.
Формирование принципов международного права в XIX веке
Третьякова Е. С. В кн.: История международного публичного и частного права: проблема интерпретаций. Центр научно-информационных технологий "Астерион", 2016.
Международное право
М.: Статут, 2014.
The Legitimacy of the Bolshevik Order, 1917-1918: Language Usage in Revolutionary Russian Law
Borisova T. Y. Law. LAW. Высшая школа экономики, 2012. No. 05.
The article describes and analyzes the legislative politics of revolutionary regimes in Russia in 1917-1918. The author aims to demonstrate the political meaning of the form of early Soviet legislation and its legitimizing effect. The revolutionary legislators often used specific language in the new laws as a vehicle of legitimacy, i.e. to make the people comply. The two main types of legal language used by the Bolsheviks can be interpreted from the perspective of different types of legitimacy. The revolutionary strategy used propagandistic legislation, written in the language of lay people, which urged them to act according to the new law. It can be seen as a request for acts of the people to legitimize the soviets. On the contrary, the traditional strategy employed old bureaucratic means of writing and distributing legislation to the local soviets. The language used by this strategy was closed to the understanding of a lay audience and implied traditions of obeying the law written in familiar legal language, which in turn implied rational/legal legitimacy. The second strategy had already become dominant after the first months of the Bolshevik revolution. This observation demonstrates that from the very beginning of their rule, Soviet leaders approached legislative policy from a technocratic point of view, which determined the further development of Soviet legal theory and practice.
Международно-правовое сотрудничество России в борьбе с работорговлей (исторический аспект)
Третьякова Е. С. Черные дыры в Российском законодательстве. 2013. № 6. С. 32-35.

The article touches upon a historical aspect of the struggle against a slave – trade in the Russian state in XVII – XIX centuries. The major attention is paid to the collaboration with the European countries concerning a struggle against a Negroes – trade. The main intergovernmental meetings on the solution of this problem are pointed in the article, they are: the Viennese congress, conferences in London, Ahen, Berlin, Brussel. The article throws the light upon intergovernmental measures on a Negroes – trade suppression and the fact that this process is announced criminal in accordance with the internal legislation