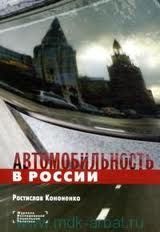 Similar publications
Социально-профессиональный статус и политические ценности России, Германии, США (сравнительный анализ)
Хавенсон Т. Е., Миголь Е. В. Социологические исследования. 2011. № 9. С. 61-72.
Healthy Lifestyles in Russia: Old Issues and New Policies
Kalinin A. M., Kolosnitsyna M., Zasimova L. S. Public Administration. PA. Высшая школа экономики, 2011. No. 02.
Individuals’ lifestyles strongly affect health outcomes and thus are a subject for public regulations in all developed countries. In this paper we discuss how different policy measures change individual behaviour with respect to consuming alcohol, tobacco products, and healthy food and participating in sports activities. We start by presenting data on health-related behaviours in Russia compared to other countries and show that the majority of Russians do not pay enough attention to their health and underestimate the risks of unhealthy behaviour. We analyse the public policy response to the increasing number of people with unhealthy habits to prove that drawbacks in legal acts and in public procurement increase the prevalence of bad habits. We therefore propose different policy instruments to improve the current situation and analyse the possible impacts and costs of suggested measures.
Parental Occupational Status And Labour Market Outcomes In Russia
Bessudnov A. Sociology. SOC. Высшая школа экономики, 2014. No. WP BRP 36/SOC/2014.
This paper looks at the effect of parental occupational status on their children’s occupational status and earnings in Russia. The analysis based on twelve surveys conducted from 1991 to 2011 (n=21,639) demonstrates a statistically significant effect of parental occupational status on respondents’ occupational status and earnings even after controlling for respondents’ education. Contrary to previous findings (Gerber and Hout 2004), the association between social origins and destinations did not strengthen over time. The size of the effect of parental status in Russia is similar to other European countries. A separate analysis shows that monetary returns on higher education increased in post-Soviet Russia, while returns on higher education in terms of occupational status decreased.
Психолингвистический эксперимент «событие с заданной оценкой» (в американской культуре)
Трощенкова Е. В. Известия Самарского научного центра Российской академии наук. 2012. Т. 14. № 2. С. 235-243.