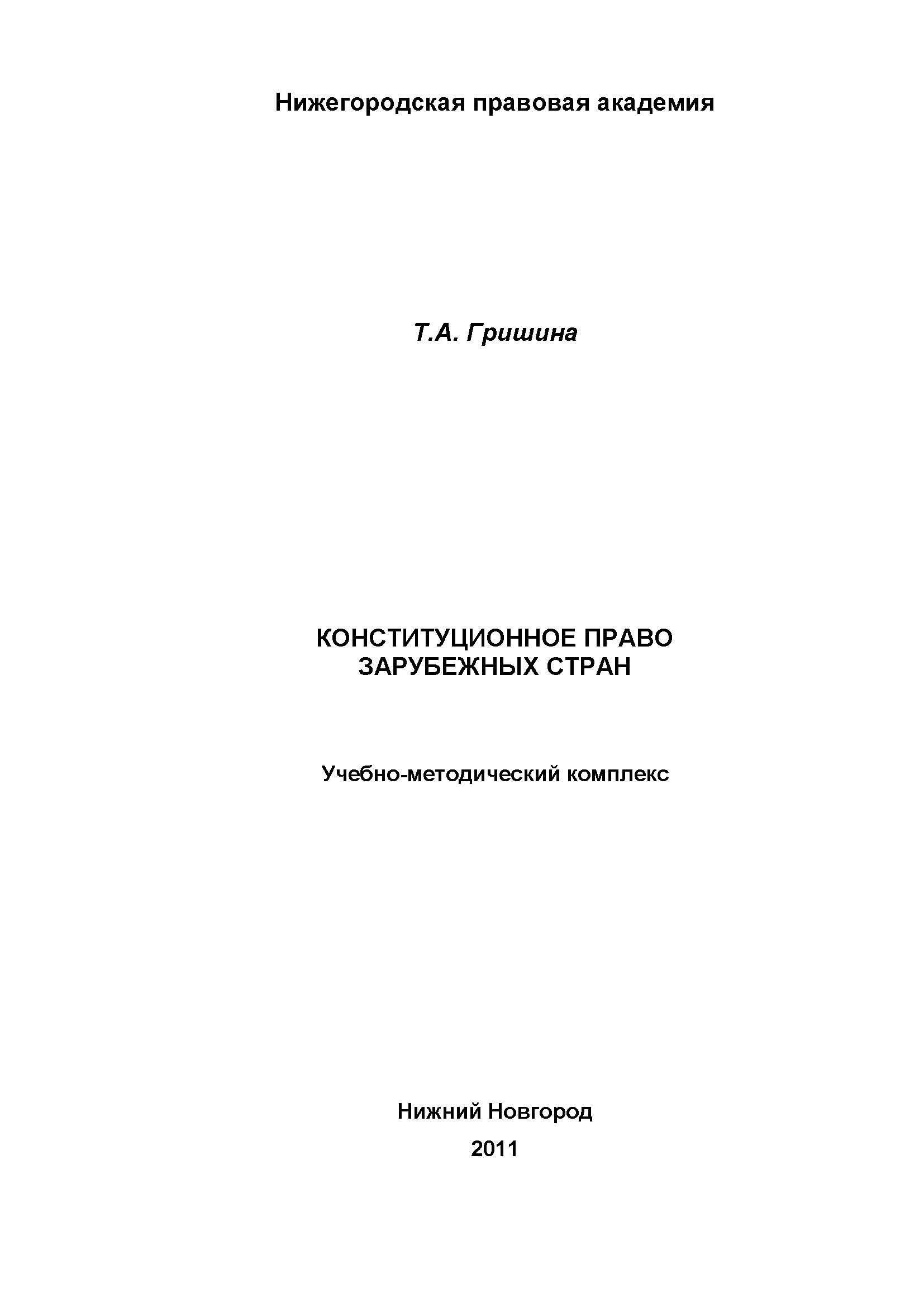 Similar publications
Информационно-методический комплекс по Конституционному праву зарубежных стран для бакалавров (электронный вариант)
Гришина Т. А. Н. Новгород: Нижегородская правовая академия, 2011.
Конституционные проблемы российского страхового права (часть 2)
Фогельсон Ю. Б. Хозяйство и право. 2007. № 9. С. 50-68.
История испанской конституции
Алексеева Т. А. М.: Проспект, 2011.
Туркменистан
Миронюк М. Г., Сыроежкин К. Л. В кн.: Политические системы современных государств. Т. 2: Азия. М.: Аспект Пресс, 2012. С. 509-525.
The philosophy of sovereignty, human rights, and democracy in Russia
Antonov M. Law. LAW. Высшая школа экономики, 2013. No. WP BRP 24/LAW/2013.
This paper examines the correlation between the concepts of sovereignty, human rights, and democracy in Russian legal and political debate, analyzing this correlation in the context of Russian philosophical discourse. It argues that sovereignty is often used as a powerful argument which allows the overruling of international humanitarian standards and the formal constitutional guarantees of human rights. This conflict between sovereignty and human rights also recurs in other countries, and many legal scholars demand the revision or even abandonment of the concept of sovereignty. In Russia this conflict is aggravated by some characteristic features of the traditional mentality which frequently favors statism and collective interests over individual ones, and by the state building a “power vertical” subordinating regional and other particularistic interests to the central power. These features and policies are studied in the context of the Slavophile-Westernizer philosophical divide. This divide reveals the pros and contras put forward by the Russian supporters of the isolationist (conservative) policy throughout contemporary history, and especially in the sovereignty debates in recent years. The Russian Constitution contains many declaratory statements about human rights and democracy, but their formulations are vague and have little concrete effect in court battles where the application of international humanitarian law is counterbalanced by the concerns of the protection of sovereignty. These concerns coincide with isolationist and authoritarian policies, which led in 2006 to their amalgamation into the concept of “sovereign democracy.” This concept is considered in this paper to be a recurrence of the Russian conservative tradition. Even though the concept in its literal meaning has been abandoned by its author and supporters, most of its ideas are still on the cusp of the official political discourse which reproduces the pivotal axes of the Russian political philosophy of the 19th century.
Алгоритмизация политологической модели «Власть – гражданское общество»
Семин В. Г. В кн.: Инновации на основе информационных и коммуникационных технологий. Материалы Международной научно-практической конференции (2010). М.: МИЭМ, 2010. С. 601-602.
Конституционные проблемы российского страхового права (часть 1)
Фогельсон Ю. Б. Хозяйство и право. 2007. № 8. С. 3-18.
The Concepts of Fundamental Laws and Constitution in the 18th Century Russia
Polskoy S. SSRN Working Paper Series. SSRN Working Paper Series. Social Science Research Network, 2018. No. No. WP BRP 169/HUM/2018.
In this article, we attempt to trace the semantic changes two key concepts of the Modern period - fundamental law and constitution underwent at the 18th century and investigates how these European concepts were adapted and used in the Russian political language. The concept of the constitution and fundamental laws in eighteenth-century political discourse had differing connotations: while the constitution was used mainly to describe the form of government, the concept of fundamental laws referred to historically developing legal traditions which have been adopted as norms of political law. The most radical vision of constitution in the 18th century went further than identify it with the fundamental law, demanding that the latter should enshrine the principles of civil rights and liberties of the Nation, and the legal guarantees thereof. However, this radical view, arising at the end of the century, was far from universal, and the discussion around various understandings of this concept was still to continue for many years.
Акты Конституционного Суда Российской Федерации о конституционности уголовно-правовых норм
Козлов А. В. В кн.: Конституционно-правовые проблемы уголовного права и процесса: сборник материалов международной научной конференции. Санкт-Петербург, 30-31 октября 2009 г.. СПб.: Петрополис, 2010. С. 171-176.
Государственно-правовая стратегия как форма реализации Конституции
Голощапов А. М. Вопросы правоведения. 2012. № 2. С. 98-110.
The Legitimacy of the Bolshevik Order, 1917-1918: Language Usage in Revolutionary Russian Law
Borisova T. Y. Law. LAW. Высшая школа экономики, 2012. No. 05.
The article describes and analyzes the legislative politics of revolutionary regimes in Russia in 1917-1918. The author aims to demonstrate the political meaning of the form of early Soviet legislation and its legitimizing effect. The revolutionary legislators often used specific language in the new laws as a vehicle of legitimacy, i.e. to make the people comply. The two main types of legal language used by the Bolsheviks can be interpreted from the perspective of different types of legitimacy. The revolutionary strategy used propagandistic legislation, written in the language of lay people, which urged them to act according to the new law. It can be seen as a request for acts of the people to legitimize the soviets. On the contrary, the traditional strategy employed old bureaucratic means of writing and distributing legislation to the local soviets. The language used by this strategy was closed to the understanding of a lay audience and implied traditions of obeying the law written in familiar legal language, which in turn implied rational/legal legitimacy. The second strategy had already become dominant after the first months of the Bolshevik revolution. This observation demonstrates that from the very beginning of their rule, Soviet leaders approached legislative policy from a technocratic point of view, which determined the further development of Soviet legal theory and practice.
Актуальные проблемы истории и права
Edited by: В. А. Лабузов Оренбург: Оренбургский государственный институт менеджмента, 2011.
Правовое обеспечение единой государственной экологической политики Российской Федерации
Edited by: С. А. Боголюбов, Н. И. Хлуденева М.: Юстицинформ, 2011.
Право на контрдемонстрации: угроза или индикатор уровня демократии?
Храмова Т. М. Конституционное и муниципальное право. 2012. № 7. С. 10-16.