Essays in Mathematics and its Applications

The volume is dedicated to Stephen Smale on the occasion of his 80th birthday. Besides his startling 1960 result of the proof of the Poincaré conjecture for all dimensions greater than or equal to five, Smale’s ground breaking contributions in various fields in Mathematics have marked the second part of the 20th century and beyond. Stephen Smale has done pioneering work in differential topology, global analysis, dynamical systems, nonlinear functional analysis, numerical analysis, theory of computation and machine learning as well as applications in the physical and biological sciences and economics. In sum, Stephen Smale has manifestly broken the barriers among the different fields of mathematics and dispelled some remaining prejudices. He is indeed a universal mathematician. Smale has been honored with several prizes and honorary degrees including, among others, the Fields Medal(1966), The Veblen Prize (1966), the National Medal of Science (1996) and theWolf Prize (2006/2007). 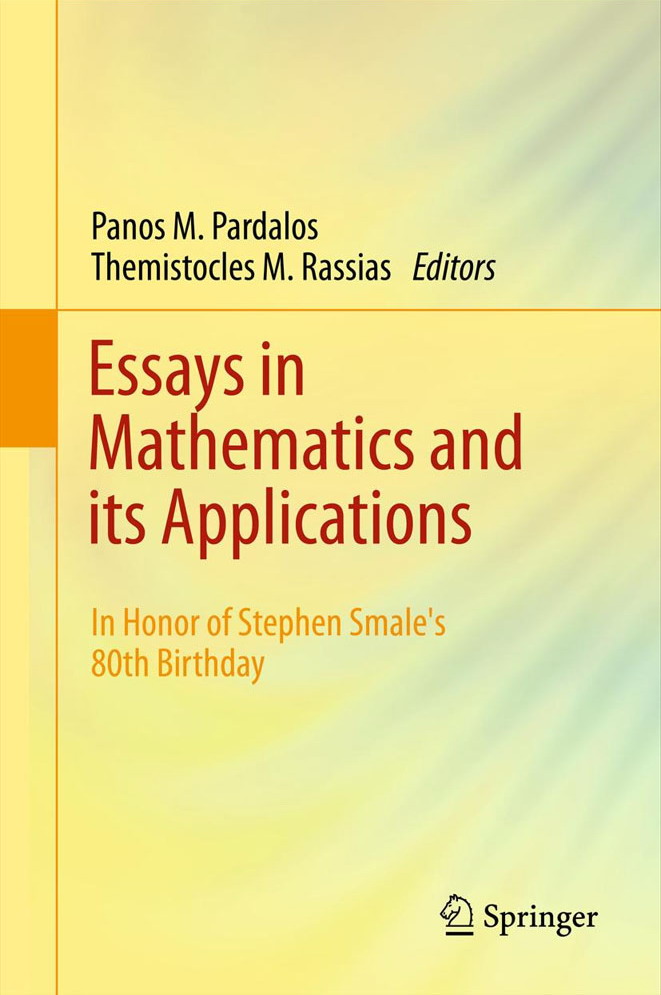