by year
Subject
News
Researchers Outline Specific Patterns in Reading in Russian
Psycholinguists from the HSE Center for Language and Brain, in collaboration with researchers from the City University of New York and the University of Stuttgart, investigated how reading in Russian varies among different groups of readers. The authors used a novel method in bilingualism research — comparison of the eye-movement sequences (scanpaths) in adult native speakers of Russian, Russian-speaking children, and adult bilinguals with different levels of Russian proficiency. The results of the study were published in Reading Research Quarterly.
HSE Experts Determine Who Should Be Liable for AI Actions
According to experts of the Digital Environment Law Institute of HSE University, Artificial Intelligence (AI) may soon become a participant of the legal decision-making process, and the AI system will be entrusted with authority. Therefore, the issue of liability for ‘automated decision making’ should be addressed. HSE experts presented a special report that evaluates whether AI designers should be liable for the automated systems they create and what actions the government can take to develop AI investment projects.
Make the Most of the Sun
Professor Alexey Tameev of HSE MIEM, along with a team of colleagues, has proposed a calculation method to determine the optimal photoactive layer thickness which can maximize the power conversion efficiency of solar cells. Applicable for both polymer andperovskite solar cells, the method can become a milestone on the path from laboratory samples to solar cells made from new generation materials. The results of the research are covered in ‘A common optical approach to thickness optimization in polymer and perovskite solar cells’, an article published in Scientific Reports.
Publications 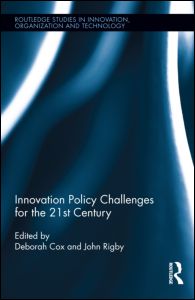 In the given work approaches by the Russian and foreign researchers in the field of quality management are studied and analyzed in details, namely:

- approaches to the «service quality» definition;

The purpose of research work consists of ISQM (Innovation System of Quality Management) model creation taking into account features of TCS providing, which, in turn, is targeted on TCS company purposes achievement in the field of quality by means of:

- measuring of the reached results and their comparison with expected results;

- effective management decision making as a result of carrying out the analysis of managerial activity in the field of quality on the basis of the report containing recommendations for the company activity improvement, prepared due to the results of measuring and collecting quality indicators.

Язык как система ориентиров в социальном пространстве
Никитина Е. Б. В кн.: Информационно-коммуникационное пространство и человек (Материалы II международной научно-практической конференции 15-16 апреля 2012 г.). Пенза; М.; Витебск: Научно-издательский центр "Социосфера", 2012. С. 32-36.
The following article is an account of the author’s opinion of the role of language within the framework of society. The paramount idea is that language should not be viewed simply as a means of communication. The author suggests a more profound understanding of language as a medium between society and the culture against the background of which it manifests itself. The aforementioned conception of language provides the author with the opportunity to assert that language constitutes a system of guidelines without which society would lose its identity.
Индекс развития ИКТ и индекс сетевой готовности как системы оценки инновационного потенциала
Микова Н. С. Интеллект. Инновации. Инвестиции. 2011. № 2. С. 53-63.

Modernization through large S&T projects: Assessing Russia’s Drive for Innovation-Led Development via Skolkovo Innovation Centre
Radosevic, S., Wade, I. Economics and Business Working Paper. WP. UCL SSEES Centre for Comparative Economics, 2014. No. 131.
‘Skolkovo’ innovation city near Moscow is Russia’s latest high-profile manifestation of a policy shift towards diversification and innovation based growth. This paper aims to understand the institutional, historical and comparative contexts at an early stage when implementation in Skolkovo has just begun. It also aims to analyse the opportunities and challenges offered by Skolkovo in a comparative perspective by using a framework that evaluates Skolkovo’s early developments in terms of the extent it can contribute to a Russian system of innovation. We aim to demonstrate the value of academic discourse in policy issues, arguably an indispensable input into the ex-ante evaluation of state modernization projects. Our argument is that Skolkovo is meant to be a de facto ‘mission oriented innovation eco-system’ which is quite a new type of challenge for Russia. We outline the broad systemic obstacles facing Skolkovo as well as the opportunities for its growth.
Лингвострановедение (французский язык)
Нежина Л. А. М.: АПК и ППРО, 2009.
Culture, Democracy and the Child’s Right to Express his/her Views (Russian perspective)
Kravchuk N. V. Irish Review of Community Economic Development Law and Policy. 2012. Vol. 1. No. 2. P. 63-82.

In the modern economic reality the level of competitiveness of entire countries and national economies depends on innovative activity in the industry and technology. The present article analyzes the diffusion of clusters model in international experience and the spread of spin-offs model as an effective solution for clusters’ efficiency increasing. A methodological proposal for evaluating of clusters’ competitiveness is formulated.