by year
Subject
News
Divorce According to Plan: Who Ends Relationships Most Often—And Why
Citing data from Russia’s largest international sampling study, HSE demographers have shown that women are more likely than men to consider divorce and are more determined to end their marriage. They also found that young couples are more likely to be unhappy with their relationship. The report was prepared for the XXI April International Academic Conference on Economic and Social Development at HSE University.
HSE University Researchers Receive Fifteen Grants from the Russian Science Foundation
The Russian Science Foundation has announced the winners of four 2020 competitions. Some of the winners are from HSE University. They have received grants of 12 to 24 million roubles, for a term of two to four years.
Fashion Designers in a Country of Shortages
Why was there always a shortage of fashionable clothing in the USSR? What was the typical career path for a Soviet fashion designer? Who had power and influence in the socialist fashion industry? HSE Associate Professor Yulia Papushina examined these questions by reconstructing the everyday life of the Perm Fashion House during the late socialism era. Her study is the first to look into the recent history of clothing design and manufacturing in Russian provinces.
Publications

The goal of the expert search task is nding knowledgeable persons within the enterprise. In this paper we focus on its distinctions from the other information retrieval tasks. We review the existing approaches and propose a new term weighting scheme which is based on analysis of communication patterns between people. The eectiveness of the proposed approach is evaluated on a collection of e-mails from an organization of approximately 1500 people. Results show that it is possible to take into account communication structure in the process of term weighting, eectively combining communication-based and document-based approaches to expert finding. 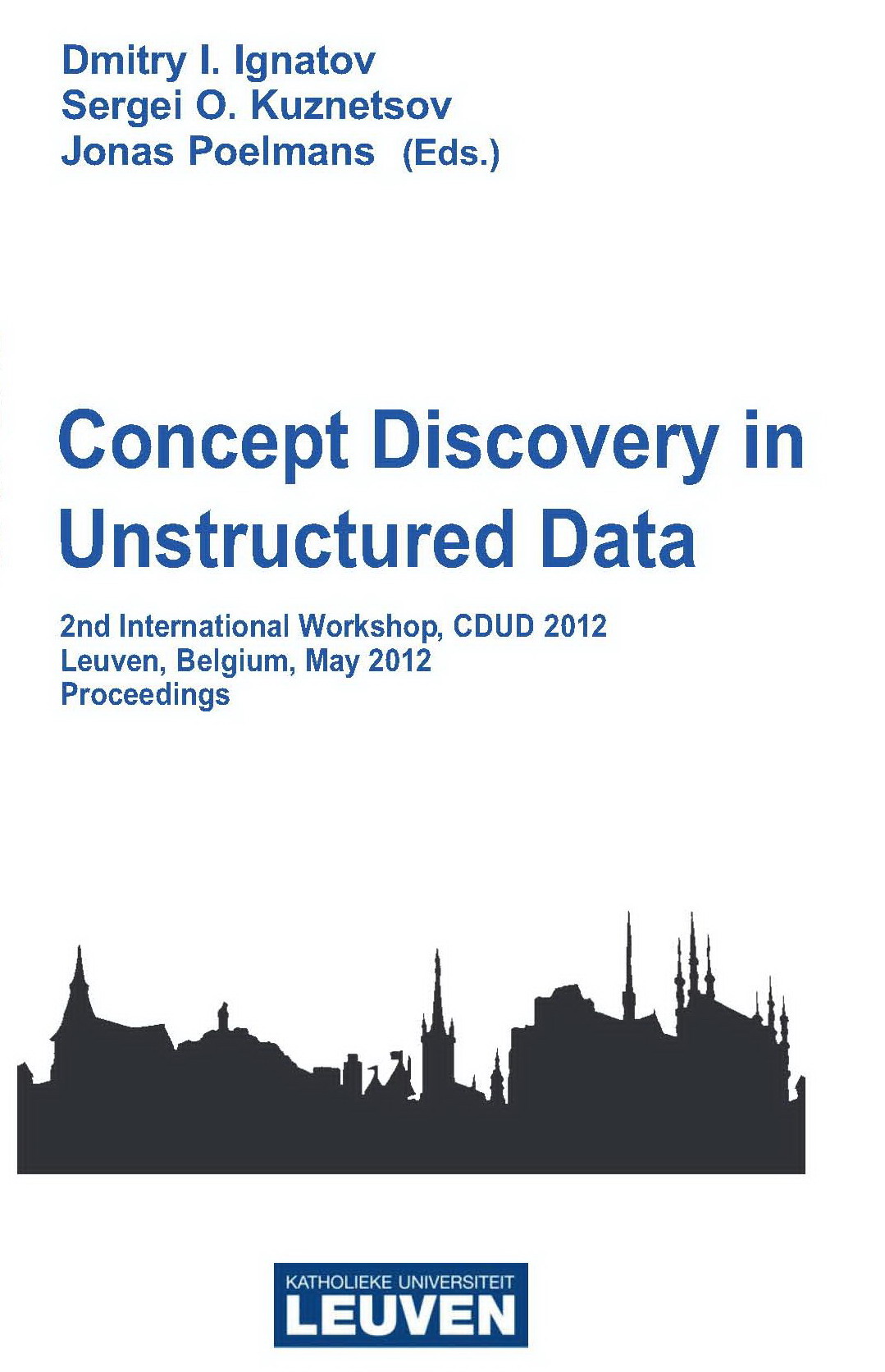 A decision making process application for the slurry production in ceramics via fuzzy cluster and data mining
Gürbüz F., Pardalos P. M. Journal of Industrial and Management Optimization. 2012. Vol. 8. P. 285-297.
To increase productivity, companies are in search of techniques that enable them to make faster and more effective decisions. Data mining and fuzzy clustering algorithms can serve for this purpose. This paper models the decision making process of a ceramics production company using a fuzzy clustering algorithm and data mining. Factors that affect the quality of slurry are measured over time. Using this data, a fuzzy clustering algorithm assigns the degrees of memberships of the slurry for the different quality clusters. An expert can decide on acceptance or rejection of slurry based on calculated degrees of memberships. In addition, by using data mining techniques we generated some rules that provide the optimum conditions for acceptance of the slurry.
Breaking Sticks and Ambiguities with Adaptive Skip-gram
Bartunov S., Кондрашкин Д. А., Osokin A. et al. Computation and language. arXiv:1502.07257. Arxiv.org, 2015
Recently proposed Skip-gram model is a powerful method for learning high-dimensional word representations that capture rich semantic relationships between words. However, Skip-gram as well as most prior work on learning word representations does not take into account word ambiguity and maintain only single representation per word. Although a number of Skip-gram modifications were proposed to overcome this limitation and learn multi-prototype word representations, they either require a known number of word meanings or learn them using greedy heuristic approaches. In this paper we propose the Adaptive Skip-gram model which is a nonparametric Bayesian extension of Skip-gram capable to automatically learn the required number of representations for all words at desired semantic resolution. We derive efficient online variational learning algorithm for the model and empirically demonstrate its efficiency on word-sense induction task.
Разработка автоматизированной системы контроля знаний на основе интеллектуальных средств
Козлов С. А. Информатизация образования и науки. 2011. № 10. С. 59-66.

Big-Data-Augmented Approach to Emerging Technologies Identification: Case of Agriculture and Food Sector
Gokhberg L., Kuzminov I., Bakhtin P. D. et al. Science, Technology and Innovation. WP BRP. Высшая школа экономики, 2017. No. WP BRP 76/STI/2017.
The paper discloses a new approach to emerging technologies identification, which strongly relies on capacity of big data analysis, namely text mining augmented by syntactic analysis techniques. It discusses the wide context of the task of identifying emerging technologies in a systemic and timely manner, including its place in the methodology of foresight and future-oriented technology analysis, its use in horizon scanning exercises, as well as its relation to the field of technology landscape mapping and tech mining. The concepts of technology, emerging technology, disruptive technology and other related terms are assessed from the semantic point of view. Existing approaches to technology identification and technology landscape mapping (in wide sense, including entity linking and ontology-building for the purposes of effective STI policy) are discussed, and shortcomings of currently available studies on emerging technologies in agriculture and food sector (A&F) are analyzed. The opportunities of the new big-data-augmented methodology are shown in comparison to existing results, both globally and in Russia. As one of the practical results of the study, the integrated ontology of currently emerging technologies in A&F sector is introduced. The directions and possible criteria of further enhancement and refinement of proposed methodology are contemplated, with special attention to use of bigger volumes of data, machine learning and ontology-mining / entity linking techniques for the maximum possible automation of the analytical work in the discussed field. The practical implication of the new approach in terms of its effectiveness and efficiency for evidence-based STI policy and corporate strategic planning are shortly summed up as well.
Bounded limit cycles of polynomial foliations of ℂP²
Goncharuk N. B., Kudryashov Y. arxiv.org. math. Cornell University, 2015. No. 1504.03313.
In this article we prove in a new way that a generic polynomial vector field in ℂ² possesses countably many homologically independent limit cycles. The new proof needs no estimates on integrals, provides thinner exceptional set for quadratic vector fields, and provides limit cycles that stay in a bounded domain.
Анализ эволюции лаговых структур в задачах экономического прогнозирования
Вавилов Б., Моторин В. И. Вопросы радиоэлектроники. 1983. № 3. С. 44-51.
Сабейские этюды
Коротаев А. В. М.: Восточная литература, 1997.
Dynamics of Information Systems: Mathematical Foundations
Iss. 20. NY: Springer, 2012.