The book considers the modern history of the second, third, and fourth generations of Koreans whose ancestors voluntarily migrated to Russia 160 years ago. The book consists of three parts dedicated to the second generation of Koreans, third and fourth generations, and the author’s thoughts about the future of a young generation of Koreans, respectively. Each chapter has a topical representation of Russian-speaking Koreans, i.e., politics, science, culture, sport, and religion. The book’s main focus is on the transformation and the forming of Koreans’ national identity in Moscow and European part of Russia during and after the collapse of the USSR. The book draws on a variety of historical documents that played an important role in life of Russian - speaking Korean community. The use of the prosopographical method allowed the author to analyze the biographies of Koreans who contributed to social, political, economic, and cultural fabric of post-Soviet Russia and show the history of Russian-speaking Koreans as an integral and inseparable part of Russia’s modern history.

The book is intended for historians, social scientists, sociologists, representatives of ethnic cultural centers, and also those who are interested in history of Russian Koreans. 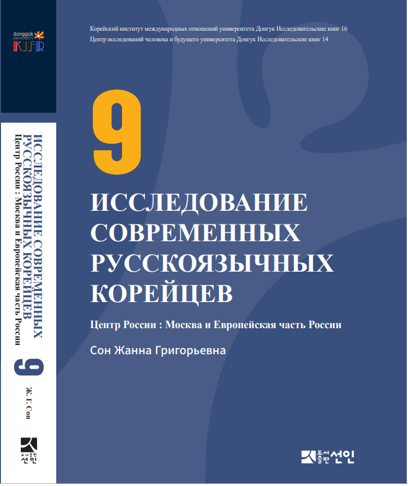