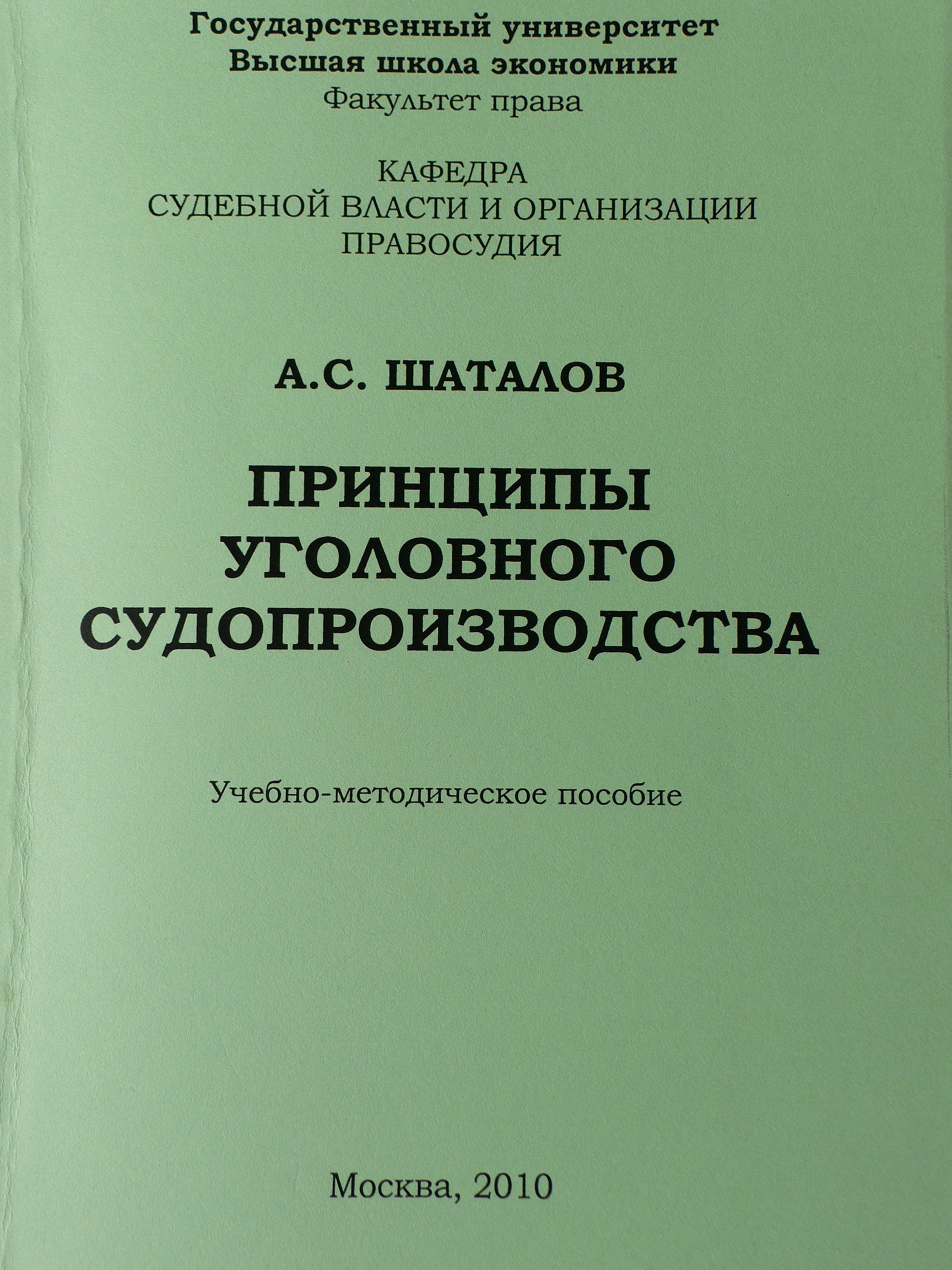 The textbook is a significant mark in scientific activity, an indicator on which judge a place of the teacher in the scientific world. The chair headed by P.A. Lupinskaya, was possible manage the textbook Criminal Procedure Law which not only has sustained set of editions, became the unique sample of didactics, but also has essentially advanced time as its authors have indicated a new direction in development of a criminal procedure science.