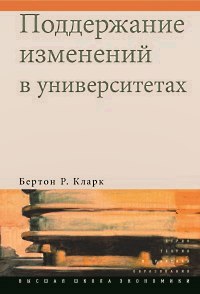 The main idea of the article written in the genre of the philosophical satire is the search for an answer to the question of the possibility of theories in an age of a triumph of empiricism and positivism. Reflecting on the problems of education in the modern world, the author refers to the recently published book of Richard Pohl «Plato as a teacher. Plato’s Renaissance and Antimodernism in Germany (1890–1933)». The book tells how, while solving the tasks of a nation building and the transformation of Germany into the intellectual and cultural center of all mankind, the state educational machine of the German Empire used Plato and his doctrine of «eternal forms» for the needs of education. In addition, the book analyzes a very noteworthy phenomenon of «German neo-Platonism», which arose in the late XIX – early XX century and represented by a variety of schools – from the neo-Kantians to the circle of Stefan Gheorghe, each of which had its own concept of Plato. The author notes that Plato’s philosophy is also actualized in the modern times. But does this mean that Plato can become a «staple» for culture and a symbol of education in the current conditions? And is it possible today to restore the authentic image of Plato, or does each era re-imagines the philosopher in its own way?

The collection contains reports of participants of the conference "International Multidisciplinary Scientific GeoConference SGEM 2019" and reflects modern aspects of interdisciplinary research in the field of land use.

Interpretations of historic events are an important part of the contemporary political discourse in the EU countries. Politics of memory have become a key issue in identity politics in “new” Europe in the process of nation building and are on the rise in “old” Europe where nation-states, regions aspiring for autonomy and supranational structures promote diverse historic narratives. Attempts to bring together and reconcile different interpretations of the past in school textbooks are undertaken on the EU level and sponsored by several member states. The leader here is Germany, a country where politics of memory are an inherent part of the political discourse. A revision of national“big narratives” and attempts to take in positions of various groups of the contemporary multicultural societies is a phenomenon of the 21st century. A persistent need for effective mechanisms to maintain social stability is enhanced by mass discontent over the prospects of the European integration process and by a rise of “new nationalism” in some of the better off regions of “old” Europe. Education plays a key role in the formation of the European memory culture, but a consensus on values needed to promote a shared culture is undermined by the current difficulties of integration processes due to Brexit and to contention over migration regulation. This brings in diverse and sometimes non-compatible priorities of memory politics onto the national agenda (as in the case of Catalonia and Spain), and the “struggle for identity” becomes a key political issue for communities aspiring for more autonomy and independence. Opinion polls, questionnaire surveys, school curricula and expert assessments of textbook contents provide the empirical basis for this study. The author demonstrates how reinterpretations of history and newly constructed images of the past are used to reconsider the governance agenda and to legitimize “new nationalism” in the European public opinion.

The paper addresses the questions of data science education of current importance. It aims to introduce and justify the framework that allows flexibly evaluate the processes of a data expedition and a digital media created during it. For these purposes, the authors explore features of digital media artefacts which are specific to data expeditions and are essential to accurate evaluation. The rubrics as a power but hardly formalizable evaluation method in application to digital media artefacts are also discussed. Moreover, the paper documents the experience of rubrics creation according to the suggested framework. The rubrics were successfully adopted to two data-driven journalism courses. The authors also formulate recommendations on data expedition evaluation which should take into consideration structural features of a data expedition, distinctive features of digital media, etc.