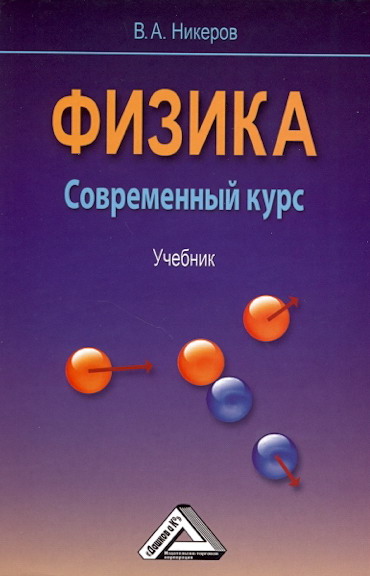 Question of Consciousness: to Quantum Mechanics for the Answers
Karpenko I. Working Papers of Humanities. WP. Издательский дом НИУ ВШЭ, 2014. No. 44.
The article looks at the possible role of measurement in a quantum-mechanical description of physical reality. The widely spread interpretations of quantum phenomena are considered as indicating an apparent connection between conscious processes (such as observation) and the properties of the microcosm. The reasons for discrepancies between the results of observations of the microcosm and macrocosm and the potential association of consciousness with these reasons are closely investigated. This connection can be interpreted in the sense that the probable requirement for a complete understanding of quantum theory is an adequate description of consciousness within this theory and that the correct theory of consciousness should include a quantum-mechanical theoretical apparatus. The author draws conclusions about the current state of the “measuring” problem and its relationship with consciousness.
What Is Time in Some Modern Physics Theories: Interpretation Problems
Karpenko I. Humanities. HUM. Basic Research Programme, 2016. No. 124.
The article deals with the problem of time in the context of several theories of modern physics. This fundamental concept inevitably arises in physical theories, but so far there is no adequate description of it in the philosophy of science. In the theory of relativity, quantum field theory, Standard Model of particle physics, theory of loop quantum gravity, superstring theory and other most recent theories the idea of time is shown explicitly or not.  Sometimes, such as in the special theory of relativity, it plays a significant role and sometimes it does not. But anyway it exists and is implied by the content of the theory, which in some cases directly includes its mathematical tools. Fundamental difference of space-time processes in microcosm and macrocosm is of particular importance for solving the problem. In this regard, a need to understand the time in the way it appears in modern physics, to describe it in the language of philosophy arises (satisfactory for time description mathematical tools also do not exist).  This will give an opportunity to get closer to the answer on question of time characteristics. And even if we do not obtain the exact answer, we will still be able to formulate the right question about its nature. For this purpose, the present research carries out analysis of the key theories of modern physics with regard to historical and scientific, historical and philosophical perspectives. In some cases, this gives an opportunity to detect the succession of the associated with time perception ideas, their development, as well as the origination of fundamentally new ones. During the analysis, the correct characteristics of time are formulated from the point of view of physical theory and the attempt to state the nature of time is made. On the ground of conducted research, the conclusions about current state of the problem and its future solution perspectives are drawn.
Николай Пенин.
Леенсон Е. И. Большой город. 2012.
Курс физики с примерами решения задач
Трофимова Т. И., Фирсов А. В. Т. 2: Оптика. Квантовая физика. Законы сохранения. М.: КноРус, 2010.
Citation expectations: are they realized? study of the matthew index for russian papers published abroad
Pislyakov V., Dyachenko E. Scientometrics. 2010. Vol. 83. No. 3. P. 739-749.

Основы физики. Механика
Трофимова Т. И. М.: КноРус, 2011.
Курс физики с примерами решения задач
Трофимова Т. И., Фирсов А. В. Т. 1: Механика. Молекулярная физика. Электродинамика . М.: КноРус, 2010.
On the macroscopic quantization in mesoscopic rings and single-electron devices
Andrew G. Semenov. arxiv.org. cond-mat. Cornell University, 2013
In this letter the phenomenon of macroscopic quantization is investigated using the particle on the ring interacting with the dissipative environment as an example. It is shown that the phenomenon of macroscopic quantization has the clear physical origin in that case. It follows from the angular momentum conservation combined with momentum quantization for bare particle on the ring . The existence an observable which can take only integer values in the zero temperature limit is rigorously proved. With the aid of the mapping between particle on the ring and Ambegaokar-Eckern-Schon model, which can be used to describe single-electron devices, it is demonstrated that this observable is analogous to the "effective charge" introduced by Burmistrov and Pruisken for the single-electron box problem. Different consequences of the revealed physics are discussed, as well as a generalization of the obtained results to the case of more complicated systems.
Влияние спина взаимодействующих ферронов на температурную зависимость теплоемкости и магнитной восприимчивости в халдейновском магнетике
Гаварина С. И., Попов Ю. Л. В кн.: МЕЖВУЗОВСКАЯ НАУЧНО-ТЕХНИЧЕСКАЯ КОНФЕРЕНЦИЯ СТУДЕНТОВ, АСПИРАНТОВ И МОЛОДЫХ СПЕЦИАЛИСТОВ ИМ. Е.В. АРМЕНСКОГО. Москва, 2019. МИЭМ НИУ ВШЭ, 2019. С. 7-8.