The monograph focuses on the present and future of the multilateral trading system (MTS) and the Global Trading System as a whole. During the post-war period, MTS achieved great success, the peak of which was the creation of the WTO in 1994. However, in the XXI century the WTO was in a state of deep crisis, the causes of which were not only accumulated over the years such problems as regionalism, protectionism, failure of the consensus mechanism in decision-making  etc., but also new challenges: the US – China trade war, the Covid-19 pandemic, the global technological fracture. Despite all the negative consequences for the global economy and trade of these new challenges, the World remains firmly convinced that the WTO should maintain its central position in the regulation of World trade in the future. However, this requires serious measures to reform the WTO, to maintain the MTS, as well as urgent actions to avoid a scenario in which the system will be fragmented. Worst-case scenarios could lead to disruption of global trade and a world that splits into major trading blocs and where trade relations are largely based on relative strength rather than rules. In a time of global crisis, it is more important than ever to preserve the aspiration and ability for international cooperation, for multilateral negotiations, and for preserving trade rules. The history of the XXth century provides clear examples of how, in times of crisis, States have shown the determination and ability to strengthen institutions and rules. This allows us to hope to overcome the consequences of the Covid-19 pandemic, as well as to cope with other new challenges to the global economy, which gives us a chance to maintain the existing rules-based system. 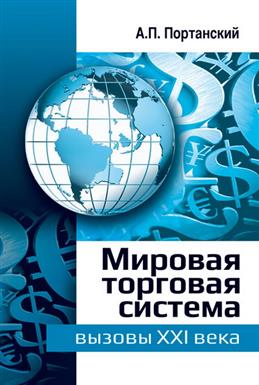 Some people in the government and business didn't get ready for new reality wich is Russia's membership in the WTO. Ignorance of the rules and principals of the WTO remains a serious problem. Membership in the WTO dont mean getting advantages automaticly. It's necessary to work hard to be efficient.

The Impact on Russia of WTO Accession and the DDA: The Importance of Liberalization of Barriers against FDI in Services for Growth and Poverty Reduction.
Rutherford T., Shepotylo O., Tarr D. In bk.: . P. 467-496.

Contemporary Chinese Strategy In East And Southeast Asia: Beijing’s Discourse And Development Finance Since The 2000s
Farakhdust F. Basic research program. WP BRP. National Research University Higher School of Economics, 2021. No. 41/IR/2021.
The Asian region has become inhabited by few rising powers since late 20th century, triggering the debate on multipolarity and power transition in the region. On the one hand, shared historical past and sociocultural background may provide point of convergence and strengthen the existing stable state of affairs. On the other, comparable development challenges produce similar aims and strategies, fostering competition for scarce resources and leading to a regional zero-sum game. It ought to be especially true in the face of the rising China. Contemporary regional agenda of East and Southeast Asia, hence, is claimed to be substantially affected by Chinese power politics and ambitions, especially regarding mutually beneficial cooperation on development. Thus, discourse analysis of the respective context and agenda should be applied in order to study compatibility of national and regional goals. To do this, the author studies dominant approaches to Chinese regionalism and outcomes of economic policy focusing on the case of development finance. The analysis is performed using mixed research methods, including Foucauldian discourse, content analyses, descriptive statistics, and geographic mapping. The distribution of development aid and investments has highlighted that financial assistance might be politicized and used as a tool for subtle promotion of Chinese policy objectives, rather than as a driving force of collective regional development.
Towards the First Far Eastern Republic: Regionalism, Socialism, and Nationalism in Pacific Russia, 1905–1918
Sablin I. Humanities. HUM. Basic Research Programme, 2017. No. 142.
The working paper offers a new interpretation of the intellectual and political genealogies of the Far Eastern Republic (1920–1922). The working paper demonstrates that the Far Eastern Republic was not a new project, as a similar formation was first proclaimed on April 10, 1918, in Khabarovsk as an autonomy within the Soviet Russian Republic under the name of the Soviet Republic of the Far East in line with the resolutions of the Third All-Russian Congress of Soviets. The Soviet Republic of the Far East was a product of regionalist and nationalist discourses and built on the ideas of decentralization which were widely discussed since the First Russian Revolution (1905–1907) by liberals and socialists alike and began to be implemented after the February Revolution (1917). The Chernobyl-born and Chicago-educated Bolshevik Aleksandr Mikhailovich Krasnoshchekov, who led the establishment of the Far Eastern Republic in 1920, also headed the Soviet Republic of the Far East in 1918. Its government, the Far Eastern Council of People’s Commissars (Dal’sovnarkom) defied the authority of the Central Executive Committee of Siberian Soviets (Tsentrosibir’) and disobeyed the Moscow central government implementing thereby a regionalist approach to Soviet federalism. Krasnoshchekov’s project relied on the ideas of the Populists (Narodniki), the Socialist Revolutionaries, and the Social Democrats which were tested in the Russian Far East during the First Russian Revolution and the interpretations of Far Eastern history and interests which were put forward by regional deputies in the Russian State Duma. The formation of the first Far Eastern republic was facilitated by the activities of Deputy of the Fourth Duma and Commissar of the Provisional Government for the Far East Aleksandr Nikolaevich Rusanov who led the formation of a regional organization uniting democratically elected zemstvo and municipal self-government bodies.
Новые горизонты ВТО: перспективы пост-балийского развития
Медведкова И. А., Трудаева Т. А. Российский внешнеэкономический вестник. 2015. № 6. С. 62-71.

Over the years of WTO work, the inconsistency of positions on individual issues between countries, as well as groups of countries, has often led to a deadlocks  in the solution of certain trade and political problems. However, the joint search for mutually beneficial, compromise ways, the willingness of participants to Dialogue at the WTO platform demonstrated the viability of the multilataral trading system.