This volume examines the elements of formalism and decisionism in Russian legal thinking and, also, the impact of conservatism on the interplay of these elements. The actual conservative narratives, about the distinctiveness of Russian law, reveal certain features of the intellectual culture that is transmitted in legal education, scholarship and practice. These narratives are based on the idea of sovereignty understood as legal omnipotence of the state. References to sovereignty justify the requirement of legality in the sense of fidelity to the letter of the law. They also often serve as a rationale for crafting exceptions to constitutional non-discrimination principles as they are applied to political, religious, sexual and other minorities. 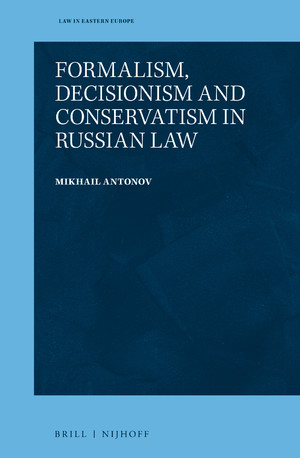