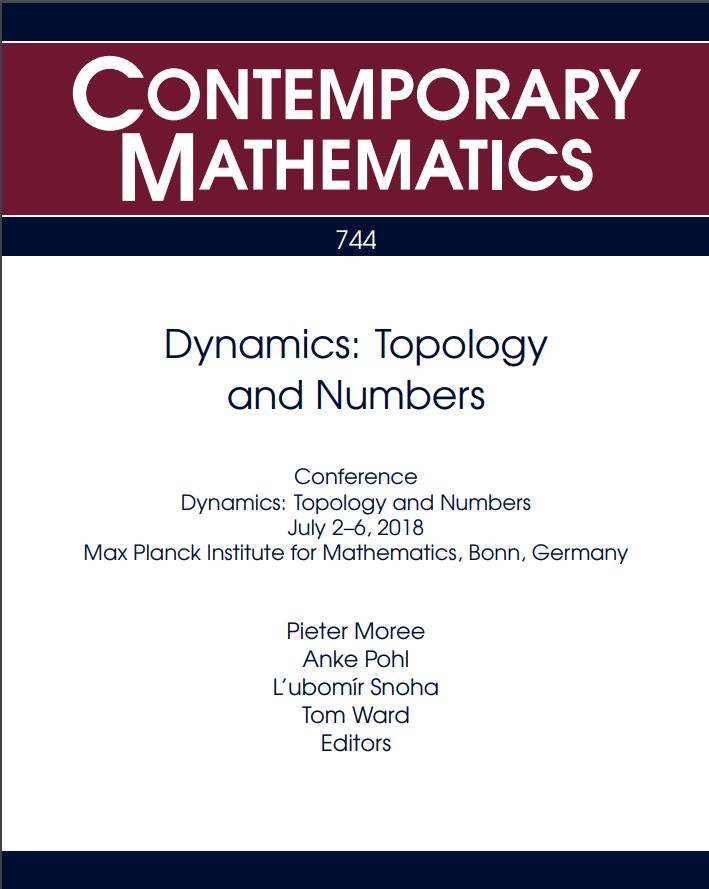 Similar publications
Two dynamical systems in the space of triangles
Kochetkov Y. Cornell university preprint series. Arxiv. math. Cornell university, 2021. No. 2101.03734.
Let M be the space of triangles, defined up to shifts, rotations and dilations. We define two maps f:M->M and g:M->M.  The map f corresponds to a triangle of perimeter pi the triangle with angles numerically equal to edges of the initial triangle. The map g corresponds to a triangle of perimeter 2pi the triangle with exterior angles numerically equal to edges of the initial triangle. For p in M the sequence {p,f(p),f(f(p)),...} converges to the equilateral triangle and the sequence {p,g(p),g(g(p)),...} converges to the "degenerate triangle" with angles (0,0,pi). In Supplement an analogous problem about inscribed-circumscribed quadrangles is discussed.
Ergodic Properties of tame dynamical systems
A.V. Romanov. arxiv.org. math. Cornell University, 2018. No. 1806.09132.
We study the problem on the weak-star decomposability of a topological N0-dynamical system (Ω, '), where ' is an endomorphism of a metric compact set Ω, into ergodic components in terms of the associated enveloping semigroups. In the tame case (where the Ellis semigroup E(Ω,') consists of B1-transformations Ω → Ω), we show that (i) the desired decomposition exists for an appropriate choice of the generalized sequential averaging method; (ii) every sequence of weighted ergodic means for the shift operator x → x ◦ ', x ∈ C(Ω), contains a pointwise convergent subsequence. We also discuss the relationship between the statistical properties of (Ω, ') and the mutual structure of minimal sets and ergodic measures.
Optimal Impulse Control of Dynamical Systems
Tumanov M., Piunovskly A., Plakhov A. Optimal Control Applications and Methods. 2019. P. 1-21.

Using the tools of the Markov Decision Processes, we justify the dynamic programming approach to the optimal impulse control of deterministic dynamical systems. We prove the equivalence of the integral and diﬀerential forms of the optimality equation. The theory is illustrated by an example from mathematical epidemiology. The developed methods can be also useful for the study of piecewise deterministic Markov processes.

Building of adequate dynamical models of microblogging social networks is a topical task that is of interest from both theoretical and practical aspects. Experimental and theoretical results of studies related to choice of the adequate model are presented. The choice was made between two models: a nonlinear dynamical system and a nonlinear random dynamical system. By results of the fractal analysis of observable network time series and defining their probability density function it was established that the nonlinear random dynamical system was more adequate than the nonlinear dynamical system. The character of the observable time series was also explored. The possibility that microblogging social networks can be analyzed by means of Tsallis entropy and self-organized criticality is examined.