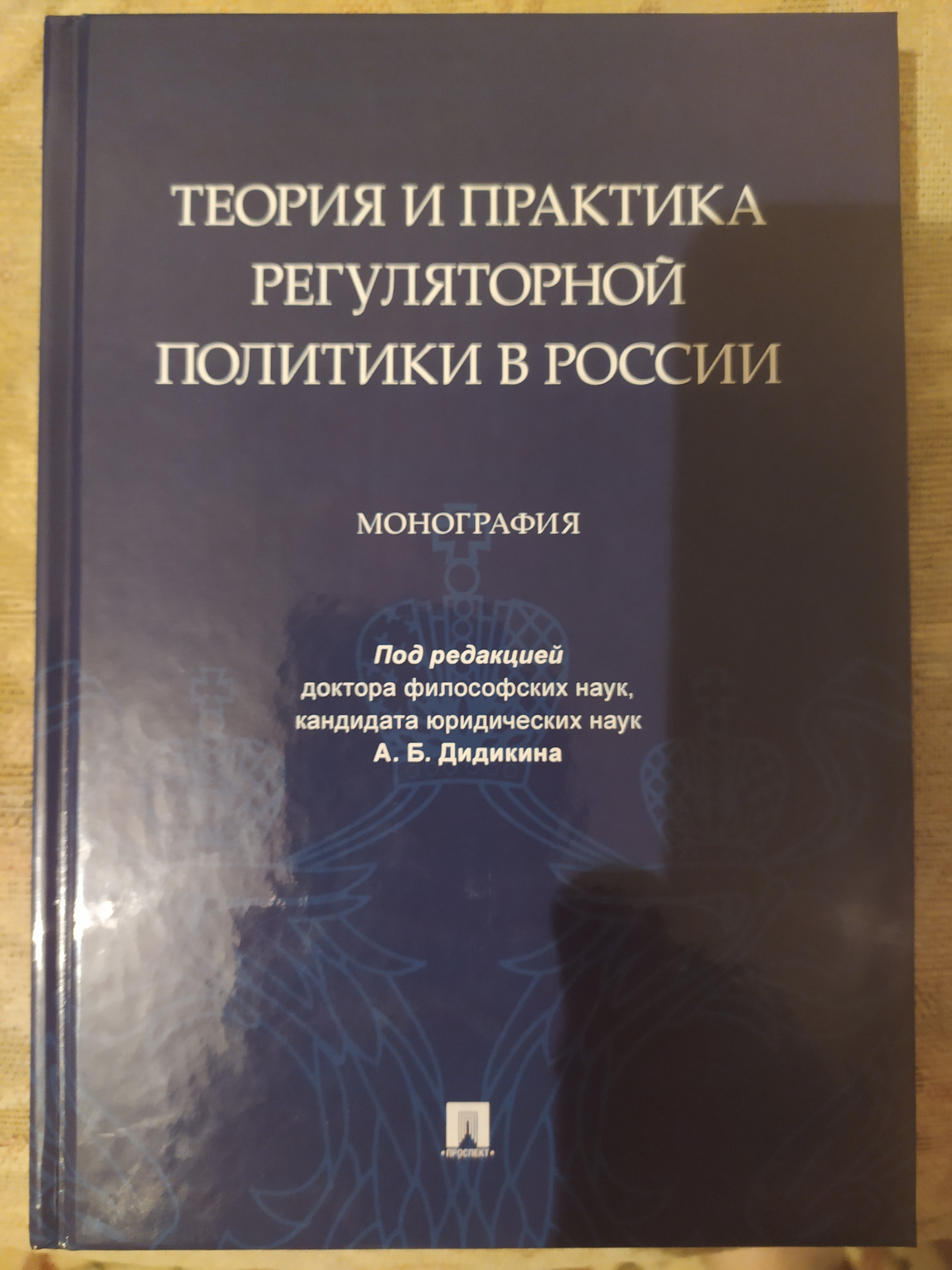 This article is devoted to developmet of  regulatory impact assessment (RIA) in Russia as part of the institutional reforms regarding legislative procedures.

The paper is aimed at assessing the regulatory impact of the new trade law (2009). A standardized data survey is used for revealing market sellers that may gain from the introduction of the trade law. 512 filled questionnaires were collected from the managers of chain stores and their suppliers in fi ve big cities of Russia in November-December 2010. Federal Anti-Trust Service statistics is used to examine the scale and dynamic of regulatory impact on the trade law enforcement. The author concludes that the initial effects of the trade law do not correspond to the declared goals. At the same time, the market sellers confront with the additional transaction costs of administrative control, prosecutions and fi nes due to the extended prerogatives of the anti-trust authorities.

Эффективность закона
Шаблинский И. Г. Право. Журнал Высшей школы экономики. 2011. № 3. С. 135-138.
Handbook of Regulatory Impact Assessment
Cheltenham; Northampton: Edward Elgar Publishing, 2016.
This comparative Handbook provides a pioneering and comprehensive account of regulatory impact assessment – the main instrument used by governments and regulators to appraise the likely effects of their policy proposals. Renowned international scholars and practitioners describe the substance of impact assessment, situating it in its proper theoretical traditions and scrutinising its usage across countries, policy sectors, and policy instruments. The Handbook of Regulatory Impact Assessment will undoubtedly be of great value to practitioners and also scholars with its wealth of detail and lessons to be learned.
Regulatory policy in Russia: key trends and architecture of the future
Golodnikova A., Yefremov A., Sobol D. et al. M.: Center for Strategic Research, 2018.

The regulatory policy report is the latest in a series written in cooperation with the Higher School of Economics and expert and business communities during the work on a comprehensive strategy to modernize the public administration system in Russia. For CSR, changing the regulatory policy along with introducing modern managerial approaches to public administration, personnel policy, and large-scale digital transformation, is a priority for successful structural reforms.

The ideas and suggestions on the regulatory policy presented by CSR were of great interest to the Russian business community. CSR received dozens of conceptual proposals from experts, businessmen, and public officials from all over Russia. We worked on promising regulatory policy tools and a comprehensive strategy for two years and a major part of our deliverables can be found in Chapter 3 of this report. Many of these proposals were also included in the Development Strategy for 2018–2024 presented by CSR at the request of the Russian President.

Регулирующее воздействие: методики и опыт
Edited by: Ю. А. Тихомиров М.: Юриспруденция, 2016.
Умное регулирование
Цыганков Д. Б. Государственный надзор. 2012. № 4. С. 11-12.
Regional Practice of Regulatory Impact Assessment
Churakov V. Law. LAW. Высшая школа экономики, 2016. No. WP BRP 68/LAW/2016 .
The paper is dedicated to the formal investigation of regional legislation in the sphere of the regulatory impact assessment (RIA). RIA is a crucial instrument for the evaluation of the effectiveness of law. It provides a solid basis for the objective assessment of proposed regulations in the sphere of business activity. The federal form of the Russian government requires the analysis of regional experience for the further development of RIA procedure.
Институт минимальной заработной платы в странах ОЭСР
Вишневская Н. Т. Проблемы рынка труда. WP3. Высшая школа экономики, 2005. № 03.
The paper examines the institute of minimum wage in developed and transition economies and in a number of the developing countries. First of all the institutional mechanism of minimum wage fixing is considered. One of the sections explores the dynamics of absolute and relative levels of minimum wage. The special attention is paid to the impact of the institute of minimum wage on the labour market. The author considers the mechanism of transmission of the minimum wage increases on the employment and unemployment dynamics. The paper also contains the result of the empirical research. The experience of many countries witnesses that large increases in minimum wage levels lead to the stagnation of the employ-ment, especially of the disadvantaged groups. The negative effect is larger for the companies with higher share of labour costs and more active use of unqualified labour, that is small businesses and agricultural enterprises. One of the main conclusions is that the minimum wage is not an effective tool of the poverty reduction as the majority of the recipients live in households of average and upper average income.
Прогнозировать действие закона можно, если законодатель честен
Шаблинский И. Г. В кн.: Методология поиска (выбора) оптимальных правовых решений. Материалы научного семинара. Вып. 1-2. М.: Научный эксперт, 2012. С. 224-226.
Business community and authorities: constitutional and legal forms of relationship
Maslennikova S. Law. LAW. Высшая школа экономики, 2013. No. 14/LAW/2013.
The author analyzes the different forms of relationships between businesses and bodies of state power in Russia: private and public partnership, the delegation of public powers and property, self-regulation, the transfer of government authority to the private organizations, self-regulation, and how public power is influenced including by specialists. The experience of foreign countries and the legal view on the social responsibility of business are provided. The political-legal traditions of the relationships between private organizations and bodies of state power are analyzed. This has predetermined the current legislation.  The informal and relatively new mechanisms of protection of the rights of businesses are described.
Численность и состав российской бюрократии: между советской номенклатурой и госслужбой гражданского общества
Гимпельсон В. Е. Проблемы рынка труда. WP3. Высшая школа экономики, 2002. № 05.
Формирование и развитие инновационной экономики: материалы международной научно-практической конференции
Edited by: Г. В. Жданкин, Л. Н. Ирхина, А. Чиликов Н. Новгород: Нижегородская государственная сельскохозяйственная академия, 2010.
Таможенно-тарифные правоотношения в таможенном союзе ЕврАзЭС
Пащенко А. В., Хрешкова В. В. Реформы и право. 2012. № 1. С. 15-22.
Социально-экономические преобразования и проблемы
Edited by: З. М. Саралиева, А. А. Иудин Вып. 1. Н. Новгород: Издательство НИСОЦ, 2011.
The impact of state-controlled banks on the Russian banking sector
Vernikov A. V. Eurasian Geography and Economics. 2012. Vol. 53. No. 2. P. 250-266.