The paper studies the evolution of individual- and household-based non-employment rates in Russia using data from the RLMS HSE for 1994–2016. Following [Gregg and Wadsworth, 2008], I estimate disparities between individual- and household-level measures and compare actual household workless rates with counterfactuals based on a random distribution of work. I find that the Russian labor market is characterized by a low, albeit growing, rate of household joblessness: about 6% of the working-age population live in households where no other adults work. Inequality in the distribution of work is also low and declining. Generally, work is distributed equally among households and in some years more (!) equally than if it were distributed randomly. Equality is achieved primarily due to very high employment rates among two-adult households. Conditioning on characteristics, we distinguish several types of households that face “excessive” non-employment, i.e. for these types of households actual non-employment rate is higher than the counterfactual prediction based on their socio-demographic characteristics. These are households without university graduates, couples without children in which one of the spouses is above official retirement age, working-age couples living with adult children, and working-age single adults without children. The paper assesses various underlying driving factors for the dynamics of household nonemployment. The decomposition results reveal that there are a number of factors at play. Demographic shifts – reduction of average household size and expanding share of single-adult households – were identified as the main driver of growing household joblessness. Labour market factors – changes in individual employment rates, especially deterioration of permanent jobs – also exerted a sizable effect. These trends were partly offset by improvements in the distribution of work among households.

The position and behavior of adult individuals in the labor market is usually linked with the presence of children. Numerous studies show that mothers suffer a wage penalty relative to women without children. A less studied issue is whether men’s earnings are somehow affected by children. In this paper, we analyze the relationship between wages and having children among Russian men, using RLMS–HSE panel micro-data of 2010–2018. In this period, fathers earned, on average, 25% more than non-fathers, which suggests a high wage premium for fatherhood in the Russian labor market. Estimating wage equations with individual fixed effects we show, however, that this advantage vanishes after controlling for differences between fathers and non-fathers in socio-demographic and unobserved individual characteristics. This means that the observed gap is caused by (self-)selection of initially more productive men in fatherhood. Esti-mating models that take into account the age and number of children as well as their biological relationship with men still allows to identify a 2,5–3% wage premium for one biological child under the age of 3 years. We show that this premium is not related to a possible reverse influ-ence of men’s wage growth on the decision to have a child and may be partly explained by the increased gender division of labor within the household after the appearance of a child. Addi-tionally, we find that Russian men receive a marriage premium of about 3% 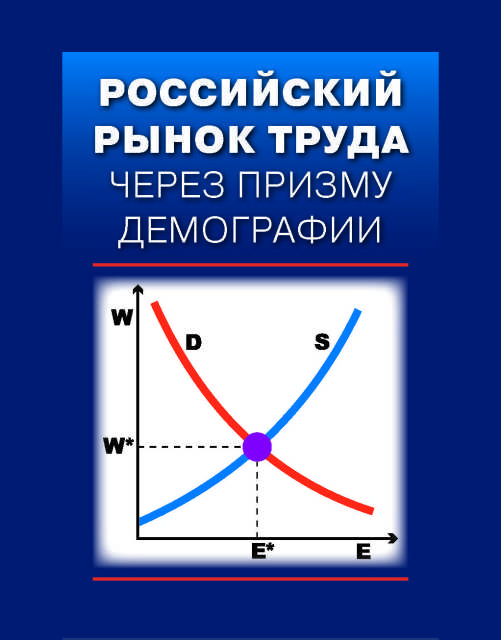 Распознавание биржевых процессов как пуассоновского потока событий двух типов: модели с поощрением и обучением
Egorova L. G. Математические методы анализа решений в экономике, бизнесе и политике. WP7. Высшая школа экономики, 2011. No. 02.
The behavior on a stock exchange can be represented as a reaction to the flow of events of two types entering the financial market – “regular” events and “crises”. Broker’s wealth depends on how successfully she identifies which event – crisis or not – occurs at the moment. It was shown in [1] that successful identification of the ‘regular’ events a little more than in half of the cases allows the player to have a nonnegative average gain. We expand the model in [1] by introducing the possibility of a player to learn on her behavior and to receive the award for the “correct” behavior. It turns out that the ability to analyze actions and learn from them sometimes allows the player successfully identify regular events even less than in half of the cases to obtain a nonnegative expected payoff.
Кондратьевские волны: длинные и среднесрочные циклы
Волгоград: Учитель, 2014.