How do local leaders govern in a large dictatorship? What resources do they draw on? Yoram Gorlizki and Oleg Khlevniuk examine these questions by looking at one of the most important authoritarian regimes of the twentieth century. Starting in the early years after the Second World War and taking the story through to the 1970s, they chart the strategies of Soviet regional leaders, paying particular attention to the forging and evolution of local trust networks.

Research target: History and Archeology
Priority areas: humanitarian
Language: English
Full text (RAR, 6.75 Mb)
Keywords: Soviet historydictatorshiplocal networks
Publication based on the results of: ­­­The Extraordinary and the Routine: the Evolution of Political, Social and Cultural Practices in the "Soviet Century"(2020) 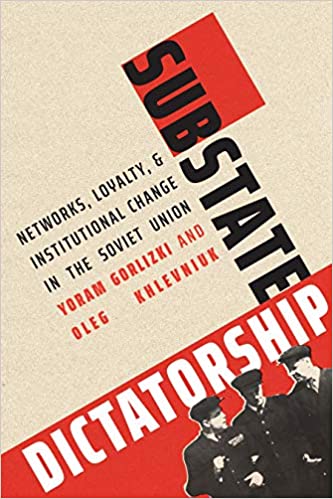 In 1937 Fedor Modorov `painted a portrait of he Spanish teacher Abilia Peraita Gómez. The paper offers a documental basd biography of the portait's main character who came to the Soviet Union as a member of the Spanish delegation for the 1st May celebrations in 1937. A tragic fate was reserved for her after homecoming: Republicans' defeat in the Spanish Civil War; exile; separation from her family; concentration camp in France; Second World War and the French Resistance.

This is a review of two recent books on Leon Trotsky, one of the most prominent Russian revolutionary leaders and an ardent critic of Stalin. The review analyses the main arguments of both books as well as their contribution to the study of Trotsky's personality and political legacy.

The rport consists of two parts: The cat that walks by himself? Russian foreign policy at the beginning of the twenty first century by Adam Balzer, and Russia's uncertain future: internal dynamics and possible trajectories by Nikolay Petrov.

“A Sign of Good Neighborliness”: Images of the Saimaa Canal in the Soviet Union
Kochetkova E. In bk.: Waterways and the Cultural Landscape. Routledge, 2018. P. 59-73.

The paper explores a symbolic appropriation of Saimaa Canal by Soviet media after it became part of the USSR in the 1940s.