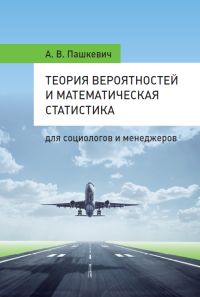 Similar publications
Будущее цепей поставок в интеграции на макро-уровне
Сабаткоев Т. Р., Султанов Р. Р. Логистика и управление цепями поставок. 2012. № 2 (49). С. 25-32.
At this article we describe the benefits from integration not just within one supply chain, but within a net of different supply chains around the world. Today, there is no single methodological approach to integration with companies from different supply chains. However, with thoughtful approach to information management all potential risks from integration with vendors from other supply chains can be minimized, and at the same time benefits from integration with vendors from other supply chains can improve the efficiency of each integrated company, improving its competitive advantage. We will show which major issues the integration on global level can solve, from which modules the integration system should consist and which principles it should follow.
Pattern occurrences Pvalues, Hidden Markov Models and Overlap Graphs
Régnier M., Eugenia F., Mikhail Roytberg et al. HAL. 00858701. INRIA, 2013
Корпоративная логистика: 300 ответов на вопросы профессионалов
Сергеев В. И., Стерлигова А. Н., Дыбская В. В. и др. М.: ИНФРА-М, 2018.
Новая «социальность» социальной истории
Савельева И. М. Гуманитарные исследования. WP6. Высшая школа экономики, 2015. № 3.
The aim of the paper is to proceed from surface judgments to more thorough knowledge of what is happening to social history today. The study delineates emergent research fields and subject matters of the recent social history and traces the development of the subdiscipline’s conceptual framework and its main categories. Both cognitive and institutional aspects of social history’s current condition are analyzed (e.g. loss of leadership, the scholarly community lacking a “midpoint” notwithstanding the numerous journals, associations, and old academic elite still persisting).
Corporate governance and control in Russian banks
Vernikov A. V. Munich Personal RePEc Archive. University Library of Munich, 2008. No. 10028.