The goal of the Conference is to bring together leading researchers in the field of Linguistics and related Humanities to exchange opinions concerning the evolution of Modern Languages and Linguistics in the context of the development of interdisciplinary approaches to the issues of the intercultural linguistic communication.

The paper gives an analysis of the metaphors of old age that are well-established in German culture. The aim of the study is an empirical analysis of how old age is represented in the German language, reflecting the attitudes of society to old age.

The material for the study was a selection of aphoristic and proverbal text fragments that include the lexeme Alter (hohes Alter).

The methodological basis of the study is the cognitive theory of metaphor of G. Lakoff and M. Johnson, who argue that metaphors are not limited to the sphere of language and that the processes of human thinking themselves are metaphorical.

The study also relies on  metaphorical modeling, a theory which makes it possible to identify a system of metaphorical models in the discourse of old age, reflecting the attitude of members of society towards this discourse and its participants, forming a linguistic picture of the world.

The analysis identified several metaphorical models;  the most popular is the time cycle model (daily cycle, annual cycle), which represent old age as the evening or autumn of life – the time to prepare for the end of the cycle: winter/night is the time of death, when all life in nature freezes, “falls asleep”.

Old age is personified as an evil tyrant, robbing an elderly person of external beauty, energy, sometimes even clarity of thoughts.

The natural metaphorical model proclaims the physical and mental functionality and attractiveness of old age: an old person is compared with natural phenomena (gray hair – foam after a big storm at sea).

The architectural model represents old age as a building (a prison with the semantics of involuntary alienation from life, limiting the possibilities of movement and communication) or as its element (a balcony, which makes it possible to see wide surroundings and to evaluate what is happening).

The semantics of metaphors include an emotional assessment of old age. The high degree of influence of the considered metaphors on the opinions and beliefs of society necessitate further study of the metaphors themselves and the discourses of their functioning. 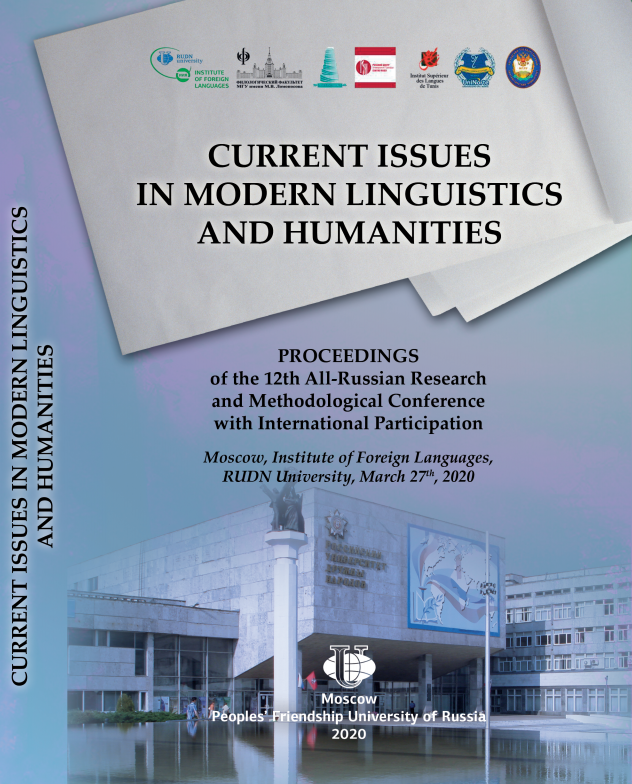 The article is about the intercultural communication.

The last of IAFOR’s European Conference series saw the First European Conference on Arts and Humanities (ECAH) paired with the First European Conference on Language Learning (ECLL). The ECAH event was chaired by IAFOR IAB Chair, Professor Stuart Picken with the ECLL event chaired by Professor Steve Cornwell of Osaka Jogakuin University. This event saw 250 people from more than 50 countries in an incredibly diverse celebration of interdisciplinary and intercultural study. The theme for the Arts and Humanities conference was “Connectedness, Identity and Alienation” and our selection of featured speakers came at this topic from a number of different angles: Aaron Sachs, Professor of History at Cornell University (USA) took delegates back a century to the end of the First World War and Modernist theories which tried to make sense of this low point in European civilization in a paper entitled, “From Trauma to Rediscovery: Lewis Mumford and the Modern Search for Connection through Time and Space”. Professor Roberto Bertoni of Trinity College Dublin took us to the present to look at questions of identity and alienation in the highly mediatized society of modern day Korea with a presentation on “The Innocent Man (착한 남자): Alienation of Characters and Audience, Acquisition of New Identity, Catharsis”. Daniela Nadj, currently a lecturer in law at the University of Westminster delivered a powerful and wide-ranging address on “The Juridicalisation of Gender-Based Violence against Women in the Current Political and Legal Moment - A Critical Feminist Observation of International Wartime Sexual Violence Jurisprudence”. The paper provided a critical feminist analysis of international wartime sexual violence jurisprudence, as it is constructed in current feminist scholarship and the surrounding debate, and elicited much debate among the international delegates. The European Conference on Language Learning saw featured speakers from a number of different countries look at concepts of “Connectedness, Identity and Alienation” as they relate to different aspects of language, including Professors Kiyomi Chinen, Masako Douglas, and Hiroko Kataoka from California State University, Long Beach, USA, who looked at issues surrounding heritage-language education with particular relation to Japanese in California. Professor Olesya Orlova, of Kemerovo State University (Russia) looked at language in the Russian context in a paper entitled “National Stereotypes as Means of Connectedness, Identity and Alienation”. Finally, Dr Miho Inaba of Lund University (Sweden) looked at autonomous learning in the acquisition of languages, asking: “What is the Role of “language classes” in Autonomous Learning?: The Implications from Japanese Language Learners’ L2 Activities Outside the Classroom” We would again like to extend our gratitude to the conference chairs, the featured speakers, and student volunteers from Blatchington Mill Sixth Form College for helping to staff the event, and look forward to welcoming delegates back to Brighton in 2014.