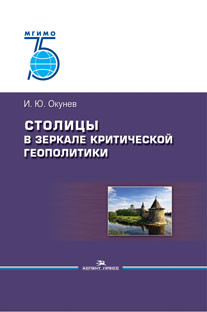 Over the last twenty years Russia has experienced significant fluctuations in sentiments regarding the prospects and urgency of relocating the Russian capital city. In this article, Vadim Rossman examines the public debates on this topic, which have involved important Russian politicians, intellectuals, and members of various expert communities. In these debates, one can recognize several distinct new visions of society that emerged in the post-Soviet period. This article provides an overview and a critique of these debates and suggests that they should be viewed in the context of nation building, the slow emergence of the nation that was historically suppressed under the weight of the imperial ambitions of Russian statehood. In the background of these debates, the concept of self-identity looms large. National capitals can serve as catalysts for nation building and an instrument of the nation as it constitutes and constructs itself.

The issue of capital city relocation is a topic of debate for more than forty countries around the world. In this first book to discuss the issue, Vadim Rossman offers an in-depth analysis of the subject, highlighting the global trends and the key factors that motivate different countries to consider such projects, analyzing the outcomes and drawing lessons from recent capital city transfers worldwide for governments and policy-makers.