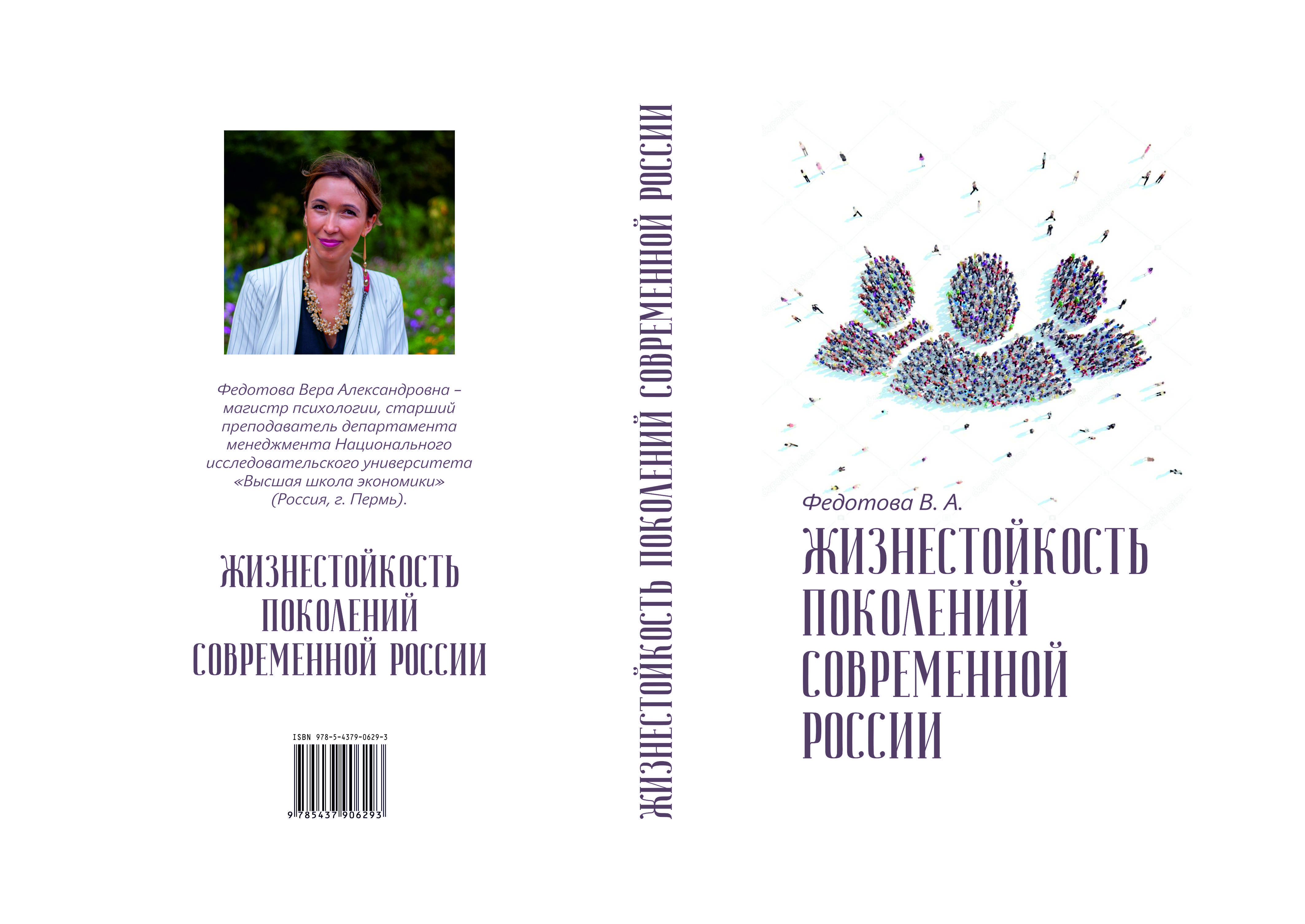 Взаимосвязь индивидуальных ценностей и доверия как элемента социального капитала
Амерханова Н. А. Альманах современной науки и образования. 2012. Т. 3. № 58. С. 11-17.
Взаимосвязь индивидуальных ценностей и доверия как элемента социального капитала
Амерханова Н. А. В кн.: Теоретические проблемы этнической и кросс-культурной психологии: материалы Третьей международной научной конференции 24-25 мая 2012 г. Том 1. Т. 1: Проблемы методологии этнической и кросс-культурной психологии. Смоленск: Маджента, 2012. С. 223-227.
Жизнестойкость и ее роль в совладающем поведении личности в ситуации межличностного конфликта
Хачатурова М. Р. Альманах современной науки и образования. 2010. № 12. С. 166-171.
Взаимосвязь креативного поведения и индивидуальных ценностей Ш. Шварца
Черкасова Л. Л. В кн.: Теоретические проблемы этнической и кросс-культурной психологии: материалы Третьей международной научной конференции 24-25 мая 2012 г. Том 1. Т. 1: Проблемы методологии этнической и кросс-культурной психологии. Смоленск: Маджента, 2012. С. 240-242.
HARDINESS OF DIFFERENT GENERATIONS OF RUSSIAN PEOPLE
Федотова В. А. PSYCHOLOGY. 112/PSY/2019. НИУ ВШЭ, 2019
For a person, belonging to a certain generation has now become an indication of having witnessed certain historic events and possessing certainsocial and psychological qualities. This is a marker that most company executives, advertisers, managers, marketing specialists, and teachers take in consideration. Why is investigating differences between generations relevant? On one hand, both general public and the scientific community have demonstrated a growing interest in social psychology. On the other hand, this problem has not yet been sufficiently studied. In spite of large amounts of empirical data on the psychological differences in multi-age groups, there seem to be little to no research works focused on basic social and psychological characteristics of the generations.  The society today, with its swift socio-economical changes, instability, and loss of values, is becoming more and more stressogenic. Events of the recent years (economic crisis, terrorist threats, technogenic disasters, unstable political relations etc.) constitute a major factor that exerts its influence on a personality.It has been noted that people generally feel less secure and protected after experiencing those events. The science is now facing the task of revealing and processing the psychological characteristics and predispositions that ensure a person’s ability to successfully adapt to the world that is constantly changing.The capacity of dealing with life troubles depends on the personality potential of an individual, on how psychologically mature an individual is, and on their value and purpose-in-life orientations. In foreign psychology, the notion of “hardiness” is used as a synonym to the idea of the personality potential. The present research is based on the results of a diagnostic survey that was addressed to Russian citizens from different regions of the Russian Federation, aged from 18 to 75. The diagnostic survey used the following methods: the “Hardiness Test” by D. Leontyev, the “Purpose in Life Orientation Test” by D. Leontyev, and the method of “Subjective Economic Well-Being” by V. Khashchenko. Therefore, the purpose in life and the economic mindset were used as determinants of hardiness. With age, the number of factors influencing the development of hardiness becomes larger; however, age does not determine the development of hardiness as a specific personality trait. Representatives of Generation Y (young Russian people aged 18 to 34) currently show the highest level of hardiness because their personalities are dominated by the “commitment” and “control” factors. In general, the presence of components of hardiness prevents the increase of psychological tension in stress situations because such individuals are highly resilient and give less importance to stress situations, doing a better job coping with these.
Социально-психологический капитал личности в поликультурном обществе
Татарко А. Н. М.: Институт психологии РАН, 2014.
Values and social capital as predictors of attitudes towards innovation
Lebedeva N., Bushina E., Cherkasova L. L. Sociology. SOC. Высшая школа экономики, 2012. No. 10/SOC/2012.
This study examines the relationship of  values and social capital with attitudes towards innovations. The respondents (N = 1238) were asked to fill in a questionnaire, which included the Schwartz value survey SVS-57, a selfassessment scale of innovative personality traits [Lebedeva, Tatarko, 2009], and a method of assessing social capital [Tatarko, 2011]. The results of the correlation analysis revealed a positive correlation between values of Openness to Change and a positive attitude to innovation. It was also found that the components of social capital (trust, tolerance, perceived social capital) positively correlated with attitudes to innovation. The empirical model obtained by means of a structural equation modeling generally confirmed the hypothesis of the study and demonstrated the positive impact of the values of Openness to Change and social capital on attitudes towards innovations in Russia.
Влияние ценностей на отношение к инновациям у представителей разных поколений россиян
Федотова В. А. СПб.: ООО Издательский дом «Сциентиа», 2016.
ATTITUDE TOWARDS INNOVATION AMONG REPRESENTATIVES OF VARIOUS GENERATIONS OF RUSSIAN PEOPLE
Fedotova (Goldyreva) V. PSYCHOLOGY. WP BRP. Издательский дом НИУ ВШЭ, 2015. No. 44.
The paper demonstrates the results of a study which aimed to identify the relationship between individual values and attitude towards innovation. 380 respondents, young and adult representatives of the Russian population, took part in the research. The respondents belonged to the younger generation (under 25 years old) or to the adult generation (over 45 years old). The principal instrument used was the method of questionnaires. The methodic inventory consists of three main blocks oriented to the study of the following constructs: the PVQ-R method of measuring individual values (Schwartz et al., 2011) and the method of “Self-assessment of innovative qualities of a personality” (Lebedeva, Tatarko, 2009).The goal of the research is to reveal the age differences in values and attitudes towards innovation, and to find out which values determine positive or negative attitude towards innovations among representatives of different generations of Russians. The younger generation values " Self-Direction Thought", "Stimulation", "Achievement", " Power Dominance" stimulate the adoption of innovations.
Современные стратегии воспитания глазами психотерапевта
Будинайте Г. Л. Отечественные записки. 2004. № 3. С. 76-90.
Towards a Formal Theory of a Distractor in Attentional Tasks
Utochkin I. S. Psychology. PSY. Высшая школа экономики, 2012. No. 2.