Entangled East and West: Cultural Diplomacy and Artistic Interaction During the Cold War

Despite increasing scholarship on the cultural Cold War, focus has been persistently been fixed on superpowers and their actions, missing the important role played by individuals and organizations all over Europe during the Cold War years.
This volume focuses on cultural diplomacy and artistic interaction between Eastern and Western Europe after 1945. It aims at providing an essentially European point of view on the cultural Cold War, providing fresh insight into little known connections and cooperation in different artistic fields. Chapters of the volume address photography and architecture, popular as well as classical music, theatre and film, and fine arts. By examining different actors ranging from individuals to organizations such as universities, the volume brings new perspective on the mechanisms and workings of the cultural Cold War. Finally, the volume estimates the pertinence of the Cold War and its influence in post-1991 world.
The volume offers an overview on the role culture played in international politics, as well as its role in the Cold War more generally, through interesting examples and case studies

Chapters
“The collective approach does not abolish the individual”. The links between Soviet avant-garde experiments and architectural practice in the Netherlands during the first half of the twentieth century
Malich K. In bk.: Entangled East and West: Cultural Diplomacy and Artistic Interaction During the Cold War. De Gruyter Oldenbourg, 2019. Ch. 2. P. 39-65.

The first steps of the European International Style in architecture coincided with the time of extraordinary changes in Russian culture, caused by Revolution of 1917. In the 1920s, though for a very short period, Russian constructivists had the opportunity to implement their most progressive ideas on a large scale.It is not surprising that the radical changes in Russian artistic life elicited a strong interest among many Dutch architects. In the 1920s and the 1930s the Netherlands was at the forefront of the nascent architectural experiments of the Modern Movement. Furthermore, Dutch architects were among the pioneers of residential dwelling projects and social engineering methods, searching for ways to adapt and modernize urban planning. This was the area in which the interests of Dutch architects coincided with the research of their Soviet colleagues. Despite different economic and political circumstances, as well as the fact that many European artists did not accept Soviet ideology, there were close contacts between the two. These contacts had their influence on Dutch architectural practice and we should take them in consideration when talking about the post-WWII Reconstruction period in the Netherlands. This chapter examines the Dutch and Soviet architectural experiments and what forms of influence and exchange took place between the two. 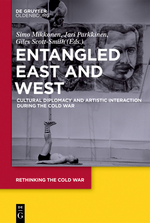 Similar publications
Paleoconservatism of the Southern Agrarians
Belkovich R. Law. LAW. Высшая школа экономики, 2013
The emergence of the Tea Party movement in recent years has shown that under the surface of mainstream political life in the USA there exists a different layer of ideas, which cannot be satisfactorily described in terms of the Republican/Democrat dichotomy. These ideas have their origins in the foundation of the American Republic, which owes a lot to ancient and mediaeval political theory. In the twentieth century there was a revival of these ideas in the form of the so-called “paleoconservative” movements which rediscovered their ancient and mediaeval heritage. This paper focuses on one of them, the Southern Agrarian movement, as exemplary of this radical intellectual project.
Glocal diplomacy of Louvre Abu Dhabi: museum diplomacy on the cross-roads of local, national and global ambitions
Grincheva N. Museum Management and Curatorship. 2020. Vol. 35. No. 1. P. 89-105.

Cultural diplomacy has traditionally been a strategic instrument of national governments to achieve foreign policy objectives. Nation states have supported the international missions of museums to promote national cultural ideas and values abroad to pursue strategic geopolitical interests. However, in the twenty-first century the complex process of neoliberal globalisation and political decentralisation have transformed traditional cultural diplomacy based on exclusively national projections. There are new forms, channels and narratives of cultural diplomacy that emerge with the appearance of new types of cultural institutions, such as franchise museums, like Guggenheim Bilbao, Hermitage Amsterdam or Louvre Abu Dhabi. This article explores the case of Louvre Abu Dhabi to exemplify the phenomenon of ‘glocal’ museum diplomacy that rests on global ambitions of the local Abu Dhabi government and at the same time draws on national aspirations of France to strengthen its geopolitical presence and influence in the Middle East. The article identifies multiple museum narratives that transform museum diplomacy from a bilateral, state-initiated strategic activity into a multilateral and multidirectional endeavour engaging stakeholders and audiences on local, national and global levels.

GAMES OF THE XXII OLYMPIAD AS AN INSTRUMENT OF SOVIET CULTURAL DIPLOMACY
Orlov I. B. Humanities. HUM. Basic Research Programme, 2019. No. WP BRP 182/HUM/2019 .
The 1980 Olympiad in Moscow (the first Olympiad in Eastern Europe and the socialist  state) is viewed through the prism of the successes and failures of the cultural and sports diplomacy of the Soviet state. Olympics-80 as a kind of mega-project "developed socialism" promoted (albeit temporarily) not only to strengthening the position of the Soviet Union in the international arena (especially in the background of the Soviet invasion of Afghanistan), but also unity of Soviet citizens in the face of "Western threat". The situation was somewhat more complicated with attempts to use the Olympic project to strengthen the socialist camp.  The source base of the research was the materials of the State archive of the Russian Federation, the Russian state archive of socio-political history and the Central archive of Moscow, as well as the published documents of the Russian state archive of modern history.  It is shown that, despite the boycott of the Olympics, its consequences did not have a particularly strong impact on the development of sports ties and international tourism in the USSR. For example, in 1980, at the suggestion of the delegation of the USSR, the participants of the world conference on tourism, when adopting the Manila Declaration on world tourism, included in the Declaration all the initiatives of the Soviet delegation. And since 1982, the process of restoring international sports contacts began.
Храмовая архитектура Анакопийской крепости
Белецкий Д. В., Виноградов А. Ю. В кн.: Искусство Абхазского царства VIII-XI веков. Христианские памятники Анакопийской крепости. СПб.: Издательство РХГА, 2011. С. 17-86.
Вопросы всеобщей истории архитектуры
Вып. 4: Личность, эпоха, стиль. М.: ЛЕНАНД, 2012.
От революционера к ренегату. Трансформация образа Панаита Истрати в центральной советской печати конца двадцатых – начала тридцатых годов
Харитонова Н. Ю. Новые российские гуманитарные исследования. 2015. № 10. С. 20-30.

This article examines one of the first cases of political rupture in the history of Soviet cultural diplomacy, whose main character was a Romanian writer Panaït Istrati. After his stay in the Soviet Union in 1927-1928, Istrati returns to France and publishes interviews and book where he criticizes the USSR. In 1927 Soviet press constructs the image of Istrati as a revolutionary writer, whose works were very popular in the country, but in 1929 it changes drastically its attitude toward Istrati, accusing him now of fraud and cooperation with the secret services.

Due to China’s growing efforts aimed at spreading of Chinese culture all over the world and intense work on constructing favorable image of the country abroad Confucius Institutes have come underincreasing scrutiny. The main declared aim of the organization is to accommodate foreigners in learning Chinese language. However controversies that have accompanied its international expansion push scholars to study this instrument of China’s public diplomacy in depth. The article analyses work of Confucius Institute at Saint-Petersburg state university focusing on critics of its work and discussing disputable moments. The author concludes host universities can benefit from Confucius Institutes.