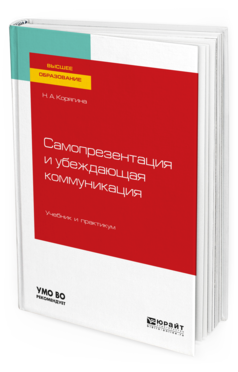 Similar publications
E-Communication in Personal Sales: Internet Usage and Performance
Kolesnik N. A. Basic research program. WP BRP. National Research University Higher School of Economics, 2016. No. 54/MAN/2016.
Interpersonal face-to-face communication is the key value creation aspect of direct selling business model. Nowadays more and more sellers employ virtual communication channels.                                     The study explores whether usage of Internet technologies for communication with customers brings benefits or extinguish performance of direct selling individual distributors. The research is based on the quantitative analysis of country-wide paper based survey from 5694 respondents. The statistical analysis of total sample revealed that usage of Internet in general does not give advantages for distributors. However, usage of person-to-person Internet communication tool, such as e-mail, allows achieving better performance as measured by earnings per hour worked and earning per month. Surprising is the fact that the most successful young distributors (at the age under 35 years) do not use Internet for communication with customers at all.  For distributors over 35 years old neither Internet nor e-mail usages have got impact on performance. In rural areas users of Internet communication tools show lower influence on performance. In big cities usage of e-mail provides significantly higher performance, but general usage of Internet does not. Consequently, the effects from usage of Internet technologies for communication with customers are achieved in case of person-to-person communication. Moreover the most productive sellers give priority to the live communication.
Язык как система ориентиров в социальном пространстве
Никитина Е. Б. В кн.: Информационно-коммуникационное пространство и человек (Материалы II международной научно-практической конференции 15-16 апреля 2012 г.). Пенза; М.; Витебск: Научно-издательский центр "Социосфера", 2012. С. 32-36.
The following article is an account of the author’s opinion of the role of language within the framework of society. The paramount idea is that language should not be viewed simply as a means of communication. The author suggests a more profound understanding of language as a medium between society and the culture against the background of which it manifests itself. The aforementioned conception of language provides the author with the opportunity to assert that language constitutes a system of guidelines without which society would lose its identity.
Фаст-фуд как актуальная гастрономическая практика потребления
Сохань И. В. Журнал социологии и социальной антропологии. 2011. Т. XIV. № 5. С. 260-269.

Свой среди других: антропология нормы в пространстве Царицынского парка
Самутина Н. В., Запорожец О. Н. Гуманитарные исследования. WP6. Высшая школа экономики, 2012. № 06.
The paper analyzes different forms of normative conduct in public space. Important general question about the production of space during everyday interactions broadly discussed in contemporary Urban Studies is complimented in this local anthropological case by different smaller levels of research showing the processes of establishment and changes of norms. Thus, the authors consider official rules and regulations in Tsatitsyno; regular practices of mass visitors; modes of everyday interaction at the park; micropractices of communication aimed to redefine the use and destination of places, and so on. The introduction to the problem of classification of “mass visitor” helps to correct some assumptions about the users of public space in contemporary Moscow.
Декарт и равнодушный Обманщик
Рогонян Г. С. Логос. 2014. Т. 98. № 2. С. 15-42.

Descartes and an Indifferent Deceiver
Rogonyan G. Философия и исследования культуры. WP20. Высшая школа экономики, 2014. No. WP20/2014/02.
The aim of this paper is to show how and why the method of radical interpretation, proposed by Donald Davidson, can solve the problems that are formulated in a variety of skeptical scenarios. In particular, the method of radical interpretation deprives Cartesian scenario (both in its traditional and recent versions) all its force and even the status of philosophical problem. Appealing to the difference between intendede and unintended lies one can see how the global skeptical scenario gets solved in both cases. The paper also formulates an argument in favor of expanded version of naturalized epistemology that was offered by W. V. O. Quine - first of all, due to the introduction of social factors. In particualr, there are always at least two necessary limitations imposed by the communication on our hypothesis about knowledge and delusion. In addition, the paper explains the need for a moderate externalism (both perceptual and social) to the variants of Descartes and Hume's skeptical scenario.
К вопросу об инновациях в корпоративных коммуникациях
Мягкова А. Ю. В кн.: Инновационные модели бизнес-коммуникации: стратегии и тактики. М.: Издательский дом НИУ ВШЭ, 2011. С. 53-59.