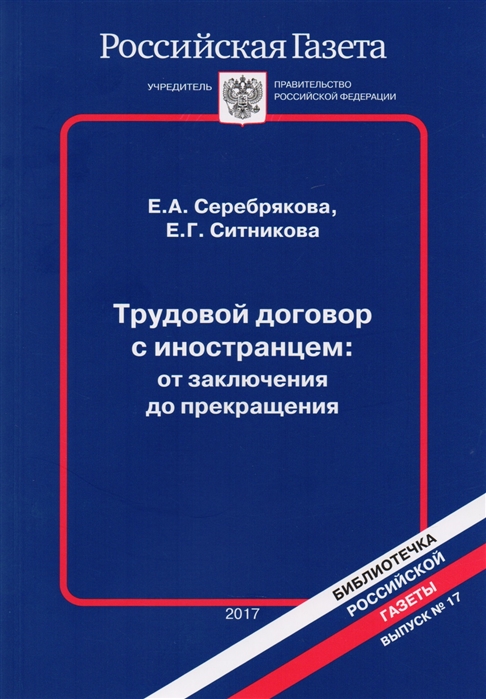 Similar publications
Иностранные работники: соблюдаем административные формальности
Серебрякова Е. А. Вып. 14. М.: Редакция "Российской газеты", 2018.
The Legitimacy of the Bolshevik Order, 1917-1918: Language Usage in Revolutionary Russian Law
Borisova T. Y. Law. LAW. Высшая школа экономики, 2012. No. 05.
The article describes and analyzes the legislative politics of revolutionary regimes in Russia in 1917-1918. The author aims to demonstrate the political meaning of the form of early Soviet legislation and its legitimizing effect. The revolutionary legislators often used specific language in the new laws as a vehicle of legitimacy, i.e. to make the people comply. The two main types of legal language used by the Bolsheviks can be interpreted from the perspective of different types of legitimacy. The revolutionary strategy used propagandistic legislation, written in the language of lay people, which urged them to act according to the new law. It can be seen as a request for acts of the people to legitimize the soviets. On the contrary, the traditional strategy employed old bureaucratic means of writing and distributing legislation to the local soviets. The language used by this strategy was closed to the understanding of a lay audience and implied traditions of obeying the law written in familiar legal language, which in turn implied rational/legal legitimacy. The second strategy had already become dominant after the first months of the Bolshevik revolution. This observation demonstrates that from the very beginning of their rule, Soviet leaders approached legislative policy from a technocratic point of view, which determined the further development of Soviet legal theory and practice.
Иностранные работники в России
Герасимова Е. С. В кн.: Защита трудовых прав работников в России и Финляндии. М.: 2013. Гл. 5. С. 109-133.

The chapter analyses legal status of foriegn workers in Russia, pecularities of their labour contract, social insuarance and the role and competence of governing bodies, evaluating control over the foriegn workforce

The article outlines an individual approach to the concept of legal relations in the sphere of external labor immigration processes. The author illustrates the diversity of an administrative and legal status of a foreign worker. The conclusion, regarding the necessity of differentiated legal regulation of foreign labor immigration, is substantiated.

"Selection Patterns During Migration Boom: The Case of Tajikistan"
Chernina E. In bk.: Migration from the Newly Independent States: 25 years after the collapse of the USSR. Springer, 2020. Ch. 10. P. 223-240.

During many years Tajikistan has been the world leader in terms of the ratio of remittances to GDP. Late 2000s and early 2010s were the years of migration boom when the country’s dependence on financial streams from migration was established and the effects of migration started being evident. Much of these effects were driven by the characteristics of migrants and their households and the context of the country. This chapter reviews recent evidence on the effects that migration has on the lives of households in Tajikistan. Using data from a panel household survey, this chapter describes migrants’ profile and factors of migration decision with a special focus on migrant skills and their households’ wealth.