The IEEE Russia North West Section, IEEE Russia Section, Saint Petersburg Electrotechnical
University “LETI”, National Research University of Electronic Technology "MIET", and
Glyndwr University, UK are pleased to present the Proceedings of the 2019 IEEE Conference of
Russian Young Researchers in Electrical and Electronic Engineering (2019 ElConRus) held in
St. Petersburg and Moscow, Russia on January 28 - 30, 2019. This conference is proudly hosted
by two universities - Saint Petersburg Electrotechnical University “LETI” and the National
Research University of Electronic Technology "MIET". The Organising Committee believes
and trusts that we have been true to the spirit of collegiality that members of IEEE value whilst
also maintaining a high standard as we reviewed papers, provided feedback and now present a
strong body of published work in this collection of proceedings.
The themes for this year's conference were chosen as a means of bringing together the many
orientations of electrical and electronic engineering research and teaching, and providing a basis
for discussion of issues arising across the young engineering community in relation to electrical
and electronic engineering.
The aim in these proceedings has been to present high quality work in an accessible medium, for
use in the teaching and further research of all people associated with electrical and electronic
engineering studies. To achieve this aim, all abstracts were blind reviewed, and full papers
submitted for publication in this journal of proceedings were subjected to a rigorous reviewing
process.

This paper discusses the application of genetic algorithms for the scheduling of electric rolling stock maintenance. The main objective is to improve the automated train scheduling system of uniformity maintenance process with a variety of maintenance resources, including the limited resources. The methods of graph theory and Bellman principle allow us to get the entire set of suitable maintenance schedules and choose which maintenance corresponds to the train schedule, and the minimum differs from the optimal one according to the selected criteria. Traditionally, it takes a significant amount of time and the main problem is using the criterion of uniformity maintenance under limited resources. In this case, we used genetic algorithm for optimization. The results showed that the genetic algorithm is an effective tool for optimization of maintenance scheduling. 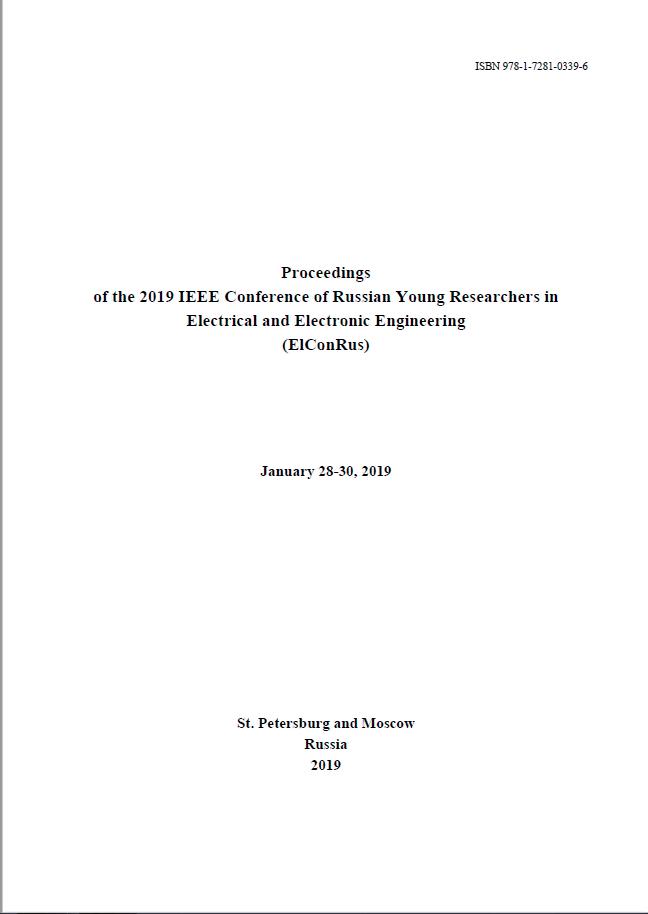 Abstract— Applicants often do not choose technical education because of the difficulty of this sphere or the lack of engineering knowledge and real engineering practices that is so important. This issue opens up a new development space for educational software for the beginners and non-professional users. Such problem as the difficulty of choosing and obtaining an engineering education is considered. This paper presents an investigation of the electrical circuits and development of a program module for the schemes’ analysis that could be easily embedded in educational establishments. Existing technics for analyzing electrical schemes were observed and the most effective one was chosen. The main goal was reached by using the WPF technology of .NET Framework. Altogether, the research provides a simple instrument for circuit analysis that gives some helpful information about electricity and the circuitry. It automates verification of practical tasks and exercises made by students and allows to refuse the use of complex electrical stands. Furthermore, the developed application can be integrated into the educational system as a tool for teaching staff and development of popularity for technical specializations.

A reliability index of various electronics is determined by the experimental data of tests for different values of parameters of the equipment. The received data are collected in bulky tables and references. This paper presents modern numerical approach, allowing to compile the experimental data on changes of reliability index not in the form of tables but as a function of the operating parameters of the devices. The methodology is based on the method of network operator for the design of the optimal structure of function and selection of its parameters. The network operator method belongs to a class of methods of symbolic regression and provides an evolutionary search for the best compositions of mathematical expressions on the space of elementary structures. The method allows you to automatically receive the required description of the functional dependencies. The effectiveness of the method is demonstrated by the example of searching the law, which describes the change in the failure rate depending on three parameters that characterize its constructive and technological performance and operating conditions.

In most educational institutions  studies of such courses as "Electronic Engineering" , "Electronics", "Fundamentals of electronic circuits", "Fundamentals of Radio Electronics and Communications", "General Communication Theory", etc. , provision laboratory workshops to allow students to gain a deeper understanding of the discipline. However, even a well- equipped laboratory cannot cover the entire range of discipline that leads to gaps in practical training. In such cases it recommended to include various computer modeling system to the educational process which will help to visualize physical processes in the electronic circuits.

An actuating device complex motion mathematical model of automated vacuum processing equipment is developed. The model allows for controlling evenness of the thin filming aimed at improving its evenness. Manufacturing advantages of the coordinate actuating devices compared to planetary design are given, as well as main ways of controlling and improving vacuum thin film deposition evenness.

This conference aims to gather researchers from different areas and disciplines to present results and participate in discussions under the common theme of Information Science, Electronics and Electrical Engineering. It is expected that the interactions provided by the conference will facilitate a better understanding of the diversity of the different approaches as well as of their similarities. In addition, it will open the way for applying approaches that have been successful in one area to problem solving in other different areas and applications.