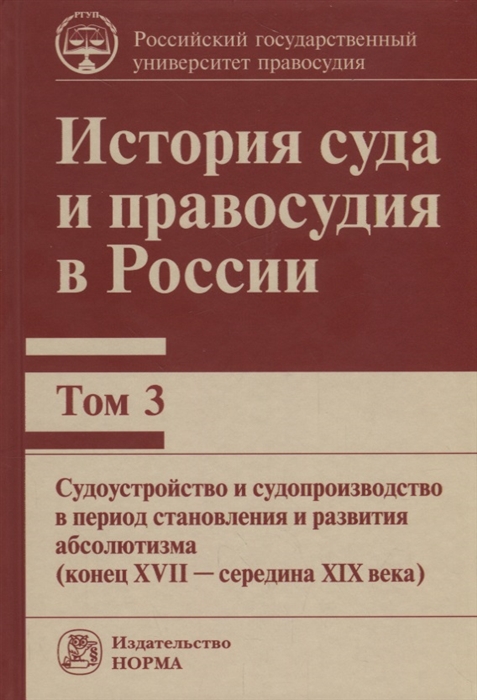 Similar publications
Russian Constitutional Development: Formal and Informal Practices
Medushevsky A. N. Political Science. PS. Высшая школа экономики, 2015. No. WP BRP 27/PS/2015 .
Transitional constitutionalism remains the subject of intensive political controversies. On the ground of the Project realized by the Institute of Law and Public Policy (Moscow) this article presents the analysis of the basic constitutional principles (pluralism, separation of powers, federalism, independence of justice, the guarantees of political rights and freedoms) describing the changing character of their implementation in different areas of constitutional practices – legislation, constitutional justice, administrative activity and informal practices and the comparative level of constitutional deviations in each of them. The important new acquirement of this research is the concept and methodology of the constitutional monitoring and recommendations for the full-scale reforms in key areas of Russian constitutional and political settlement. The author shows that the true choice of modern society is not the dilemma - constitutionalism versus its negation but the choice between real and sham constitutionalism with a big variety of intermediate options between them. It is precisely the area, which the author defines as a transitional type of constitutionalism, the field of collision of different political stakeholders. This is an area of unstable equilibrium where the implementation of different legal strategies and technologies may produce a definitive effect.
Проблемные вопросы отправления правосудия в отношении несовершеннолетних
Шаталов А. С. В кн.: Проблемы современного состояния и пути развития органов предварительного следствия (к 150–летию образования следственного аппарата в России): Сб. матер. Всероссийской научно – практической конференции. В 3 – х ч., № 1. Ч. 1. М.: Академия управления МВД РФ, 2010. С. 419-425.
О правовой природе и юридической силе решений Конституционного Суда РФ, принятых в порядке конкретного конституционного нормоконтроля
Вишневский Г. А. Современное право. 2012. № 6. С. 91-94.

The Legitimacy of the Bolshevik Order, 1917-1918: Language Usage in Revolutionary Russian Law
Borisova T. Y. Law. LAW. Высшая школа экономики, 2012. No. 05.
The article describes and analyzes the legislative politics of revolutionary regimes in Russia in 1917-1918. The author aims to demonstrate the political meaning of the form of early Soviet legislation and its legitimizing effect. The revolutionary legislators often used specific language in the new laws as a vehicle of legitimacy, i.e. to make the people comply. The two main types of legal language used by the Bolsheviks can be interpreted from the perspective of different types of legitimacy. The revolutionary strategy used propagandistic legislation, written in the language of lay people, which urged them to act according to the new law. It can be seen as a request for acts of the people to legitimize the soviets. On the contrary, the traditional strategy employed old bureaucratic means of writing and distributing legislation to the local soviets. The language used by this strategy was closed to the understanding of a lay audience and implied traditions of obeying the law written in familiar legal language, which in turn implied rational/legal legitimacy. The second strategy had already become dominant after the first months of the Bolshevik revolution. This observation demonstrates that from the very beginning of their rule, Soviet leaders approached legislative policy from a technocratic point of view, which determined the further development of Soviet legal theory and practice.
Абстрактное толкование пленумов Верховного суда РФ и высшего арбитражного суда РФ как механизм обеспечения единства судебного правоприменения
Вишневский Г. А. Закон и право. 2012. № 4. С. 106-109.