by year
Subject
News
Graduate Student of the Faculty of Computer Science on Studying in a Joint PhD Programme, Complex Systems, and Working During a Pandemic
For Roman Nesterov, PhD student and research assistant at the Laboratory of Process-Aware Information Systems (PAIS Lab), working remotely had already been the norm long before this spring. As student of a cotutelle PhD programme, he is constantly working with colleagues from Italy. We spoke with Roman about his research and about how one can pursue joint doctoral studies with another university abroad.
Complex Phonological Tests Are Useful for Diagnosing Reading Dysfunction
HSE University researchers have confirmed that the level of phonological processing skills in children can impact their ability to master reading. Complex phonological tests are best suited to detect phonological impairment. The study was published on September 6, 2020, in the Journal of Research in Reading.
The Power of Knowledge
Companies who have publishing academics integrated within their workforce learn and absorb external information more effectively. Such ability is called absorption capacity. Its dependence on the presence of academics in a company has been shown by the scientists from HSE University using the example of Russian exporters. IQ talked to one of the research authors, Anna Fedunina, about how publishing activity contributes to companies’ export success, and why business needs the absorption skills.
Publications

Based on the authentic ego-documents, the monograph reconstructs the lifeworld of a Party journalist Michail Danilkin who belonged to the first Soviet generation. The book reconstructs his genealogy, the images of post-war reality, the notions of the Soviet and anti-Soviet, the inner threats for socialism. The backbone of his picture of the world was the figure of Stalin. The book lays particular emphasis on Danilkin’s politically oriented practices which resulted in his conviction in March 1953 under section 10 of article 58 of the RSFSR Penal Code (counter-revolutionary propaganda and agitation). The authors assume that Michail Danilkin’s opinions and actions, notwithstanding their particularity, were nevertheless aligned with the mentality of Party members who worked in the system of Agitprop.
The book is designed for students and professors of humanities, as well as for all interested in the life of people under Stalin. 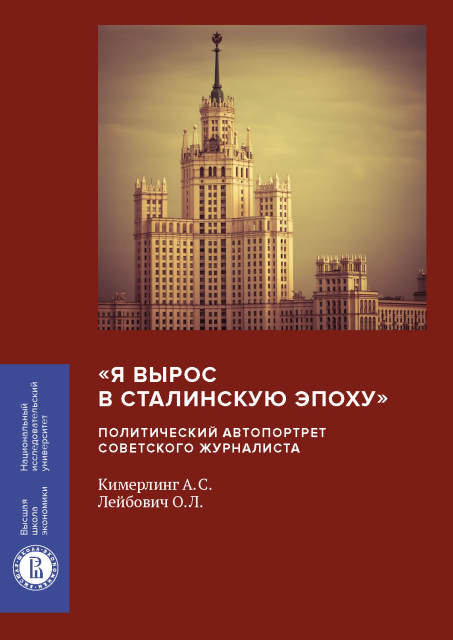