М.: Издательский дом НИУ ВШЭ, 2019.
Почекаев Р. Ю.
The book, for the first time in the Russian scholarly tradition, attempts to analyze the information provided by Russian and Western travelers about statehood and law of the Central Asia countries, regions and nations in 18th to early 20th century. Diplomats, explorers, spies, merchants, sometimes tourists and even captives had opportunities to observe the functioning of power structures and legal regulation in the Central Asia states, not so rarely being participants of this kind of relations. In the book the memoirs and accounts of over 200 travelers summarizing and reflecting their experience in Central Asia have been analyzed. The systematization of this information has allowed to shape a rather detailed picture of the state mechanisms and legal regulation in the Central Asia states and domains observed through the prism of European legal systems thus making political and legal reality of Central Asia understandable for the representatives of Russian and Western cultures.
This book is designed for specialists in history of state and law, comparative law studies, legal anthropology, Russian history, Eastern studies, historiography and source studies, political science and ethnic studies, as well as for students majoring in the aforementioned specialties.
Language: Russian
Full text (PDF, 2.45 Mb)
Sample Chapter (PDF, 197 Kb)
DOI
Keywords: право 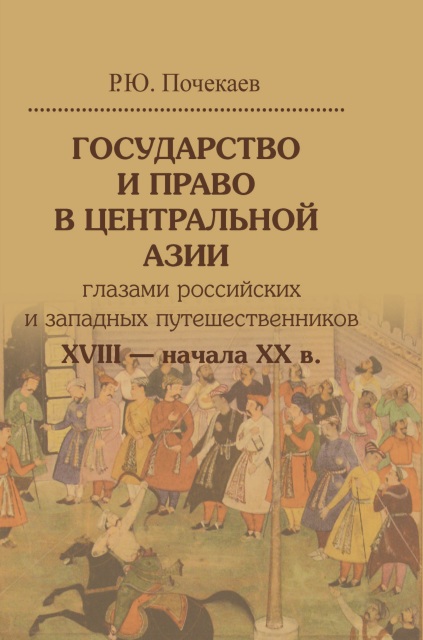