The book of philosopher and psychoanalyst Alexander Smulyansky explores the connection between the paternal metaphor and the instance of “the analyst’s desire”. Jacques Lacan, who was conducting such a study in the mid-20th century, was not able to present its results due to his expulsion from the International Psychoanalytical Association and deprivation of the right to train analysts in 1963. The fact that the connection between the paternal metaphor and the instance of “the analyst’s desire” was not fully delineated, soon after Lacan’s death led to the analytical discourse getting interfused with that of the university, where this desire took a secondary position as one of the regulators of the analyst’s behavior during sessions, and the question of its untamed and underexplored sources brought up by Lacan  was removed from the agenda. The book aims to get back to this question, trace the origins of the analyst’s desire to the desire of Freud, and explore on this basis the origins of psychoanalytical practice, at the same time arguing the unavoidable character of its unrelenting intradepartmental conflicts.
This book is designed for psychologists, psychoanalysts, philosophers, and culturologists. 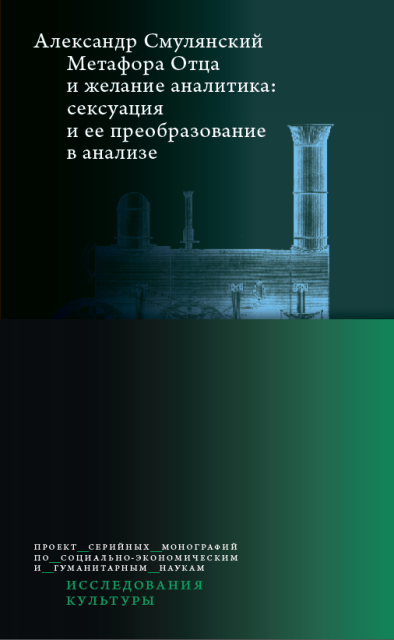