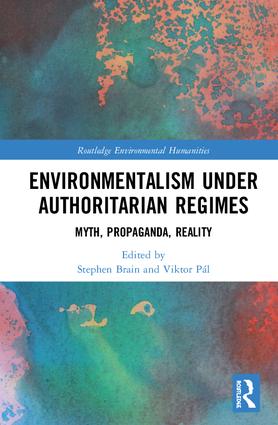 Trial by Fire: a Natural Disaster’s Impact on Attitudes toward the Government in Rural Russia
Lazarev Y. A., Sobolev A. S., Soboleva I. V. et al. Political Science. PS. Высшая школа экономики, 2012. No. 04/PS/2012.
This study aims to explore the psychological foundations of political support under a nondemocratic regime by investigating the impact of a natural disaster on attitudes toward the government. The research exploits the enormous wildfires that occurred in rural Russia during the summer of 2010 as a natural experiment. Since wildfire spreads due to the direction of the wind, the local distribution of fire is as if random: one village may burn while the neighboring village is left unscathed. We test the effects of this exogenous variation with a survey of almost 800 respondents in randomly selected villages, 34 of which were burned and 36 of which were unburned, in the four regions of Russia that were most severely affected. Contrary to the conventional scholarly wisdom that suggests that natural disasters cause people to blame politicians, our study finds that in the burned villages there is higher support for the government at all levels, namely for the United Russia Party, the village head, the governor, Prime Minister Putin, and President Medvedev. Most counterintuitively, the rise of support for authorities cannot be fully explained by the generous governmental aid provided to the villages that were damaged by the fires. We interpret the results within the framework of system justification theory, developing it by adding to individual characteristics the factors of the political regime and the demonstration effect.
Почему фашисты не придут сейчас к власти в Кремле: сравнение краха демократии и взлета фашизма в Веймарской Германии и постсоветской России
Kailitz S., Umland A. Политическая теория и политический анализ. WP14. Высшая школа экономики, 2010. No. 02.
First, we demonstrate that structural explanations based on socio-economic factors are insufficient to account for authoritarian regression in two of collapsology’s “crucial cases” – inter-war Germany and post-communist Russia. Instead, (a) a dearth of pro-democratic actors on the elite, intermediary as well as population levels, and (b) a misconstrued form of government allowing the head of state to rule without parliament in combination with the election of a restorationist president, are identified as a configuration constituting a sufficient cause for a country to experience authoritarian regression. Second, we speculate about when an electoral autocracy gets in danger to transform into a fascist ideocracy. Like in Weimar Germany, we can find in today’s Russia fascist actors and widespread nationalism among the population. In current Russia, in distinction to inter-war Germany, however, the party system is manipulated and the third sector underdeveloped. The continuing political presence of a strongly authoritarian, yet non-fascist “national leader” Vladimir Putin creates hindrances for the country to become a liberal democracy, but makes it also improbable that the Russian regime will transgress into fascism.
Развитие экономического сотрудничества в Черноморском регионе. Ч.II. Российско-греческие отношения последних лет. Взаимодействие России и Греции в рамках Организации черноморского экономического сотрудничества.
Архипов В., Дагаев А. А., Измайлов Р. и др. М.: Кучково поле, 2011.
BALWOIS. International Conference on water, climate and environment, 28 May – 2 June 2012, Ohrid, Republic of Macedonia
Skopje: Faculty of civil engineering, 2012.

In article, it is noticed that the situation which has developed in Russia brightly illustrates interdependence of system manufacture - a society - environment. Infringement of one of components conducts to infringement of functioning of all system. At the moment there are some positions of principle concerning decision-making on maintenance of quality of environment.

Становление личности Энн Бронте как художника
Плякина Е. А. Вестник Нижегородского государственного лингвистического университета им. Н.А. Добролюбова. 2012. № 17. С. 167-177.
The article studies the emerging of Anne Bronte as an English Victorian writer of the 19th century and looks at the factors that particularly influenced her development as a person and as an artist (family background, environment, historical period, education, religious beliefs, love, age and experience), thus focusing on how the facts of Anne Bronte’s biography influenced her creative work. The concept of religious crisis of Anne Bronte is introduced into practice. Using the biographical method, the paper describes the gradual development of Anne Bronte’s outlook through the different stages of her life, introducing the concept of a religious crisis in her life and presenting the reasons behind Anne Bronte’s conscious choice to be different from her sisters, both in terms of personality, and in the writing.
Как происходит изначальный выбор институтов? Критика концепции «случайности развития» и структурный подход
Щербак А. Н. Центр исследований модернизации. Серия препринтов. Европейский университет в Санкт-Петербурге, 2017. № M-54/17.
The Dynamics of Sub-National Authoritarianism: Russia in Comparative Perspective
Gelman V. Y. In bk.: The Politics of Sub-National Authoritarianism in Russia. Ashgate, 2010. P. 1-18.