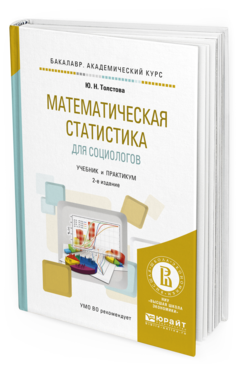 The author of the article: - highlights the main aspects of struggle against drugs; - gives the general characteristics of drug abuse treatment of the population of the regions of the Russian Federation; - describes the system of the indicators of development of the service of drug abuse help; - disclosures methodological approach to the synthesis of integral indicators of the drug abuse treatment network in the regions of the Russian Federation.

Background In 2010, overweight and obesity were estimated to cause 3.4 million deaths, 3.9% of years of life lost, and 3.8% of DALYs globally. The rise in obesity has led to widespread calls for regular monitoring of changes in overweight and obesity prevalence in all populations. Comparative, up-to-date information on levels and trends is essential both to quantify population health effects and to prompt decision-makers to prioritize action. Methods We systematically identified surveys, reports, and published studies (n = 1,769) that included information on height and weight, both through physical measurements and self-reports. Mixed effects linear regression was used to correct for the bias in self-reports. Age-sex-country-year observations (n = 19,244) on prevalence of obesity and overweight were synthesized using a spatio-temporal Gaussian Process Regression model to estimate prevalence with 95% uncertainty intervals. Findings Globally, the proportion of adults with a body mass index (BMI) of 25 or greater increased from 28.8% (95% UI: 28.4-29.3) in 1980 to 36.9% (36.3-37.4) in 2013 for men and from 29.8% (29.3-30.2) to 38.0% (37.5-38.5) for women. Increases were observed in both developed and developing countries. There have been substantial increases in prevalence among children and adolescents in developed countries, with 23.8% (22.9-24.7) of boys and 22.6% (21.7-23.6) of girls being either overweight or obese in 2013. The prevalence of overweight and obesity is also rising among children and adolescents in developing countries as well, rising from 8.1% (7.7-8.6) to 12.9% (12.3-13.5) in 2013 for boys and from 8.4% (8.1-8.8) to 13.4% (13.0-13.9) in girls. Among adults, estimated prevalence of obesity exceeds 50% among men in Tonga and women in Kuwait, Kiribati, Federated States of Micronesia, Libya, Qatar, Tonga, and Samoa. Since 2006, the increase in adult obesity in developed countries has stabilized. Interpretation Because of the established health risks and substantial increases in prevalence, obesity has become a major global health challenge. Contrary to other major global risks, there is little evidence of successful population-level intervention strategies to reduce exposure. Not only is obesity increasing, but there are no national success stories over the past 33 years. Urgent global action and leadership is required to assist countries to more effectively intervene.